- June 27, 2016
Two months ago, Paul and I had one of the best trips of our married life as we went to our dream destination -- Tokyo, Japan! After months of planning and trying hard not to get so excited so as not to jinx it, the day finally came for us to head to the airport and to get on our Singapore Airlines flight that will take us to the Land of the Rising Sun. Since we wanted to maximize on our travel time, we opted to take the 11PM flight so we'll arrive in Japan at 8AM local time. Good idea, huh? 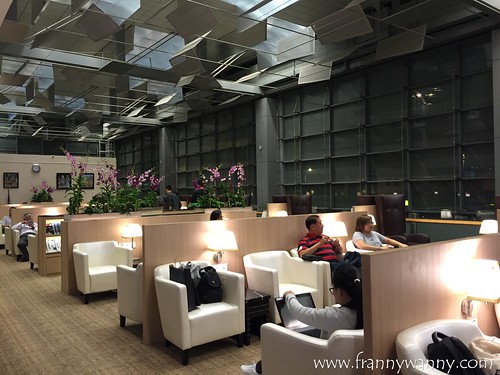 As you all know, we love staying at airport lounges while waiting for our turn to board the plane. Since our plane is flying out of Changi Airport's Terminal 3 this time, we went to SATS Premier Lounge to grab a meal since we didn't had time to have dinner at home and to relax before our long evening flight. I'm a fan of SATS Premier Lounges if you remember me talking about this in my previous entries, where I would frequent the one in Terminal 2 every time I fly home to Manila. I just love the food options and how they have nice bathrooms and couches too. The one in Terminal 2 even has a couple of massage chairs where you can get a nice quick back massage before your flight.

SATS Premier Lounge T3 is relatively smaller to its T2 counterpart but the lack of size doesn't equate to the lack of food options and quality, believe me. Let me take you around the lounge:

The lounge has an open ceiling which actually gives you a better view of the busy airport and you can hear all the activities happening too. It may not be as conducive to working so if you're looking to have some peace and quiet, make sure to bring along a noise-cancelling headset with you. I personally didn't mind though and I can imagine how pretty the view may be in the morning where you can see all the planes landing and taking off. 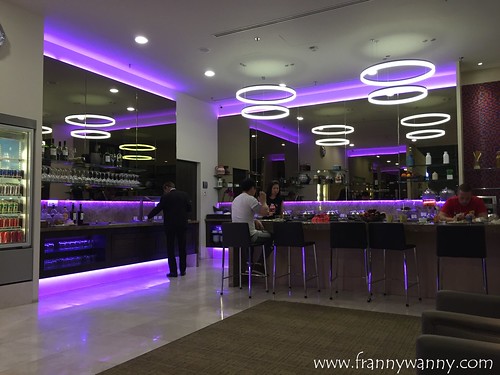 Then we head to the buffet area. First stop is the bar corner where you can help yourself to your choice of non-alcoholic and alcoholic drinks. Just a tip though, drinking alcohol prior to a flight can easily dehydrate you so be sure to follow this up with loads of water all throughout your flight. We don't want to get wrinkly in the future, right? It's so nice that they have a communal dining area right in the middle where solo travelers can interact and mingle with one another. 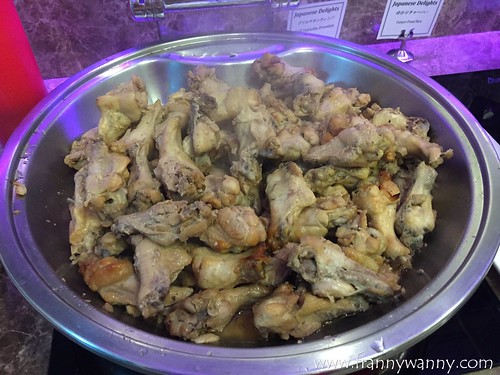 Grilled Yakiniku Drumlets which was a bit bland but the meat was pretty tender. I'm pretty glad that this wasn't a preview to our trip as we surely had so much more delicious finds in Tokyo. 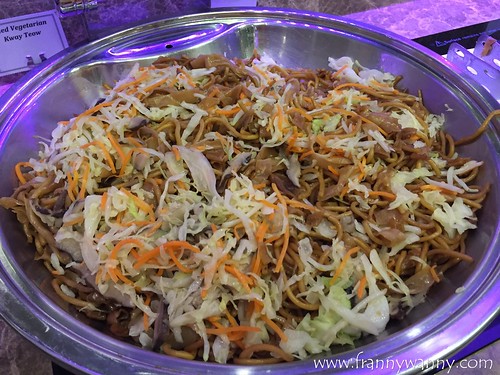 One thing I love most about SATS Premier Lounge's buffet spread is that they always have something local as part of the menu. That evening they had Stir-Fried Vegetarian Kway Teow which was so delish! Paul and I had two servings to this as it was just so flavorful, not so oily and one that can be enjoyed on its own. I personally love the mix of flat noodles and thin yellow noodles. Nom nom nom... 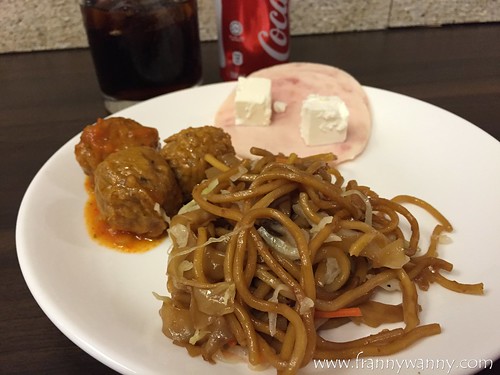 Here's my first plate: a generous portion of Kuay Teow, cold cuts and cheese and meatballs! They also had Japanese Fried Rice but I opted to have more noodles this time as the rice was loaded with peas, corn and carrots. Ick! 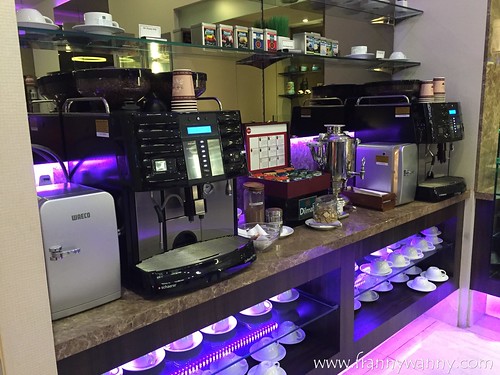 I normally like ending my meat at the lounge with a cup of tea while Paul would go get some coffee. This time around though, he stayed away from caffeine since he wanted to sleep all throughout our flight.

As mentioned earlier, the lounge is relatively smaller so there's really no where else to go except for the dining area and the couches. Similar to all SATS Premier Lounges though, they offer free wifi and the bathroom has a shower facility which is perfect for passengers with long layovers. I normally don't use this anymore as I would rather shower at the comforts of my home. :)