Showing posts from July, 2017
Show all

TWINter is Coming -- My Pregnancy Story 24 Weeks. That's how long our little bundles of joy have been living inside my tummy and it also means we're pretty much thisclose to the finish line. I got to admit that it took me a while to really decide to share my story most especially about my pregnancy journey. As chatty I may be when it comes to food, I try to keep my personal life away from the limelight but I realized that I'm not alone in this world and there may be women...or couples out there who are going through what we went through so here I am extending my hand to tell you this early on that you will never be alone. As soon as we got married, Paul and I were told to wait for 2 years before having a baby due to feng shui reasons. We were perfectly fine with this despite the increasing number of questions being thrown our way by relatives and friends on why should we even wait. I was 27 then.. Paul was 28. That seemed like the right age to have a baby, right? Wrong. Looking back, I must say that yes,
13 comments
Read more 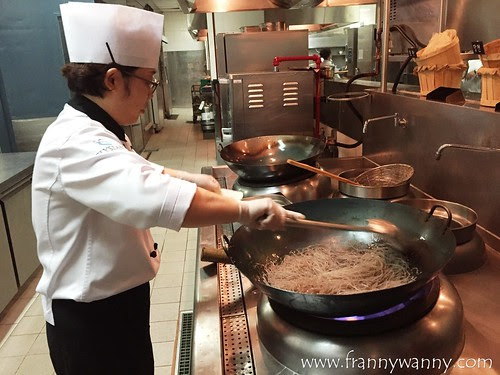 When it comes to hotel buffet restaurants, Marriott Cafe continues to stay at the top of our list ever since we first dined there back in 2010 . Since then, we've frequent Marriott Cafe to celebrate various milestones or whenever the craving for good buffet food hits. Even when we relocated to Singapore, I remembered dining at Marriott Cafe for our 5th Wedding Anniversary . I guess, one reason that makes us want to keep going back to Marriott Cafe is the good variety of dishes available all the time. Also, they always keep a conscious effort to keep on changing their menu making it so exciting to dine there every single time. Take this July for instance, it's all about greeting Annyeong-haseyo  as they're currently running a delicious Korean Food Festival  from the 11th of July up until the 31st.  Be ready to satisfy your oppa-tite (hehe sorry I can't help it!)  as they even flew in 4 Korean guests chefs so you can be assured that all the dishes offered ar
Post a Comment
Read more 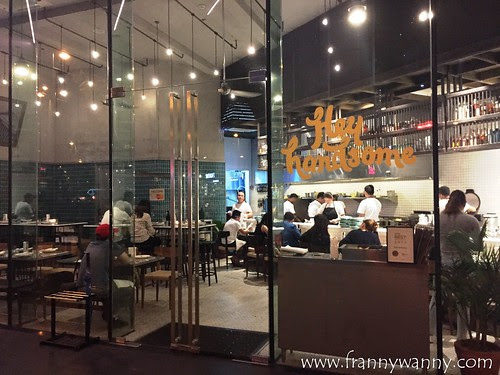 I never thought I'd be missing Singaporean food this soon. Definitely not after close to two months of temporarily bidding goodbye to the Lion City. Well, apparently all it took was one bite of something so familiar to let all those wondering memories come rushing in. Talk about a "Ratatouille" moment . We were invited by our dear friend C to check out his newest restaurant called Hey Handsome . Such a cheeky name for quite a classy restaurant that's located at the heart of Bonifacio Global City but as with everything in the restaurant, the name comes with a story. Apparently, the name " Hey Handsome " was inspired by the what most hawkers would randomly call out to customers or perhaps in this case, what they've been calling the chef when he was in Singapore. I suddenly remembered this cleaning auntie that we used to have in the office who would refer to most of my male colleagues as "handsome boy", "ey boy boy" and the like. Non
1 comment
Read more 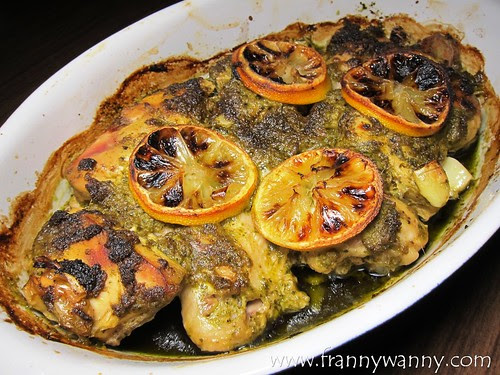 *Sponsored Post* Finally, all our boxes from Singapore are now here in Manila and it means we have our precious kitchen utensils, pots and pans back with us as well as a lot more items that used to fill up our home in the Lion City. I'm so glad that most of our items except for one bottle of tomato sauce that burst in transit and our plastic dish rack which got brutally cracked all survived the sea travel. As we're finally at the tail end of unpacking out things, Paul and I are also back at the kitchen this time with a bigger audience -- my family. If you noticed, I've been cooking a lot of seafood and pasta dishes for the past years and aside from the fact that I am a huge seafood and pasta fan, these are also the two types of ingredients I am most comfortable with. I know though that in order to expand my cooking knowledge, I have to be brave enough to do more. With that, here's my first chicken dish as I recently received a couple of plump-looking frozen whole
Post a Comment
Read more

The Choice: Stand up. Speak up. Be Heard. 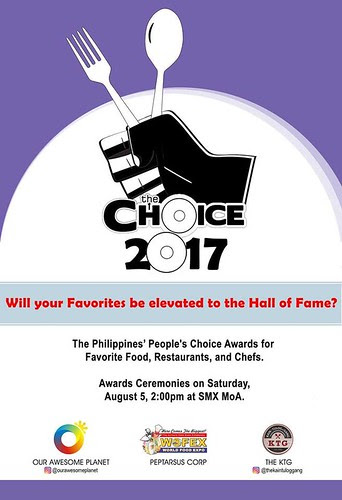 Fact : Taste is subjective. I've mentioned this multiple times before that what may be amazingly delicious for me may just be a-okay for you or vice versa. Nonetheless, I've always been so thankful that no matter what, you still value my thoughts on food and have been such sweet and kind readers to me for the past decade. Anyway, as we haven't been around Manila that much and I am in dire need to re-acquaint myself with the foodie scene thus I would need your help. Now on its 3rd year, The Choice  is an award system where it recognizes not a list of "the best of..." restaurants and establishments in the Metro but rather, it aims to give recognition to YOUR favorites. I've made my vote and I can't wait to hear your thoughts too! VOTE NOW!!! Voting period ends on Sunday, 23 July 2017 so please spare 10 minutes and let yourselves be heard. The winners will be announced on 5 August 2017 at the SMX Convention Center, Mall of Asia during the World
Post a Comment
Read more 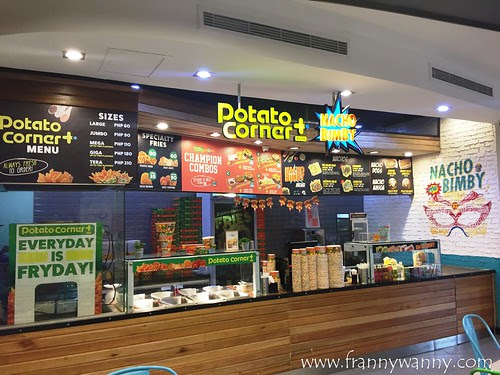 "All FRIESSSSS!!!" Today is National Fries Day and our favorite local potato brand has recently launched a new flavor to add to their already mouthwatering line-up! Last week, Paul and I caught Spider-Man : Homecoming on its 2nd day of showing at the new Venice Grand Canal cinema. It was our first movie date after coming home from the Lion City and boy, were we so excited! After all, it has been months since we last went out to watch a movie as we both got so hooked with Netflix. We got to Venice Grand Canal really early prior to our screening time and allowing us to roam around the mall. As we got to the cinema area, we were greeted by this familiar sign. It's Potato Corner ! Apparently, some of the company-owned Potato Corner stalls have also partnered with Nacho Bimby which specializes in... nachos. Well, it makes a lot of sense to me. Fries and nachos, definitely the best cinema grub to have, don't you agree? I was so excited to have Potato Corner again a
Post a Comment
Read more

Red, White and Blue, lots of Burgers for YOU at Flavors, Holiday Inn Makati 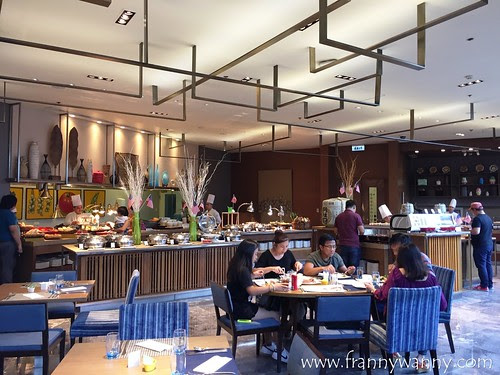 The 4th of July marked the Independence Day of the United States of America and while they may be 8,222 miles away from the Philippines, I got to tell you that our American influence and heritage stays strong through all these years. For one thing, we have adapted the US English system, basketball is clearly our national sport and every Filipino just loves his or her burger, fries and hotdogs. So, it's no big surprise that we also do celebrate this fun occasion here in our island too. Personally, I love the 4th of July. This day just means allowing ourselves to enjoy all things American! I'll never forget the time when I was invited to visit the US Embassy here in Manila where we were treated to an amazing barbecue spread and we got to watch a beautiful fireworks display too. That was probably one of the best 4th of July celebrations I've had so far. Over at Flavors in Holiday Inn Makati , they are currently running a gastronomic all-American feast every weekend of
Post a Comment
Read more 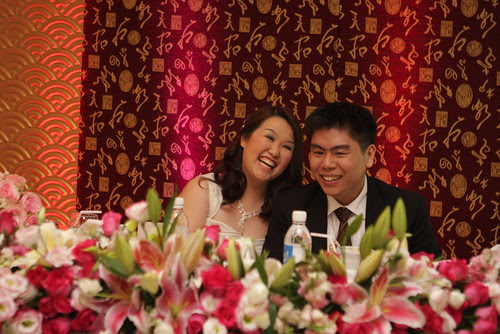 Here we are again celebrating another milestone in our lives. 7 years ago on this very same day, I officially (and legally) became Paul's wife. Funny thing was, the number seven seems to play a very important part in our lives. 7 years of dating before we got married and now, 7 years of being husband and wife before we are about to start a new chapter in our lives where we will soon be welcoming our very own babies. A lot of things can happen in the span of a year.. what more in 7 years? In the past 7 years, we've migrated to a new country and together we've adjusted to a new independent life. We both fell, picked each other up and moved on hand in hand. We've seen friends come and go. We've celebrated successes and triumphs. I can go on and on to tell you how our 7 years went but that would just be way too long for a blog post. A lot of things have changed. Aside from Paul's shrinking waistline (I love you Hunnie! hehe)  and my growing belly at the
Post a Comment
Read more 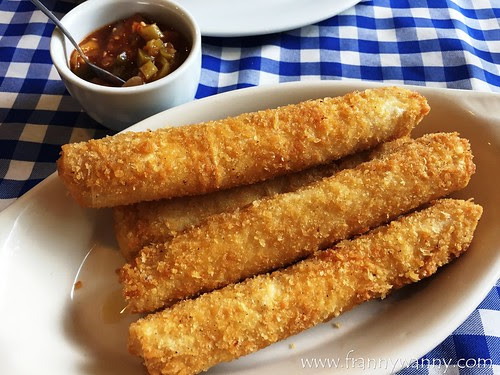 Having been back in Manila for more than a month now and being able to discover not-so-new and new food places in the Metro, I somehow have this feeling like I've been living under a rock. It's true what they say that being away from home for some time can make you feel like a tourist in your own country. Slowly, Paul and I are starting to re-acquaint ourselves back into Manila's bustling food scene and we got out families and friends to thank for. Recently, I went out for an impromptu, but long delayed lunch date with my sister Pan. It's so cool that we're both working very closely now allowing us to have lunch every single day and that means nonstop catching up to make up for all those years that I've been away. During one of our errands to Quezon City, we decided to stop by Maginhawa Street in Teacher's Village. This place has been known to have a line of interesting restaurants, cafes, bars and recently, food parks. Since this isn't really that c
Post a Comment
Read more 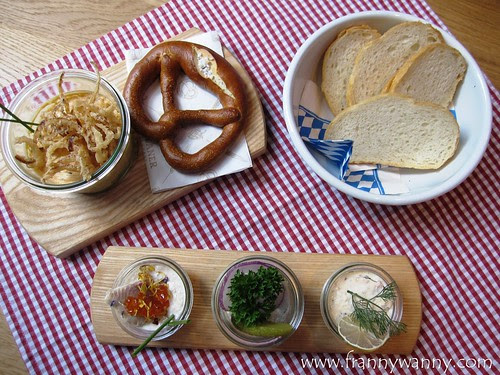 One thing that I'm quite amazed about Singapore is the presence of microbreweries all around the city. It's quite interesting to walk into a restaurant-bar and see huge bronze colored boilers which houses the different types of beers being brewed in-house. You can never get anything more authentic than that. Paulaner Brauhaus is one of the oldest microbreweries in Singapore as it's actually on its 18th year today. That said, I was so excited to walk into Paulaner Brauhaus ' newly renovated outlet at Millenia Walk for a nice long lunch one afternoon in the Lion City. While beer is totally a big no-no for preggy ladies, I was so happy to see that they have a very extensive food menus that I could enjoy.
Post a Comment
Read more
More posts