- March 22, 2018
Growing up in the Philippines, there's a common practice wherein some items (common nouns) are referred to by a particular brand (proper noun). For example, "Don't forget to close the Frigidaire (a popular brand of refrigerators)" or "Do we still have Colgate? (toothpaste)"  As a marketer, I'd honestly take great pride if my brand will be used as such. Perhaps, this is one indication that the brand as made it as a household name. Similarly, when using butter, I often times would hear my Kongkong would say "Just add Anchor and sugar" when he actually meant "Just add butter and sugar". Well, Anchor Butter has been around for as long as I can remember and growing up, this is what I would also see in our fridge which we use to spread on bread, pancakes, on sweet corn and more. In fact, my favorite childhood breakfast was pretty simple. It's a piece of toasted bread with melted butter and sprinkled with white sugar. So simple but so so so good!

So, when I recently received a beautiful crate filled with more Anchor products, I was surprised to find out that they actually have more than their glorious butter. There's a wide variety of milk from UHT to powdered as well as different types of cheeses -- mozzarella, grated cheddar, parmesan and cheddar block. Dairy, after all, is a staple in every Filipino pantry and it's one of the most versatile ingredient when cooking and baking too. 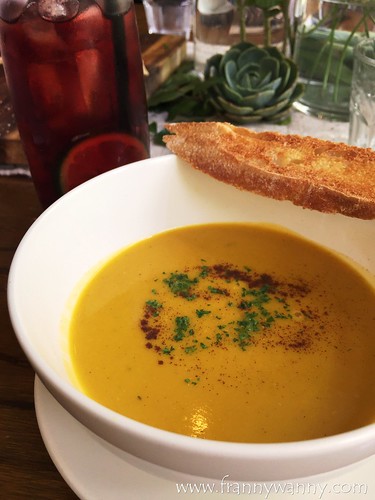 A few days ago, I attended a 6-course lunch at Single Origin where we got the opportunity to know more about Anchor. One thing that I'll never forget is how a good product relies greatly on the source. Did you know that the cows that produce the milk that Anchor uses are mainly grass-fed and are well taken cared off in New Zealand. By this, I meant they are massaged, well-fed and they even listen to classical music. This reminds me of the kobe beef cows in Japan too. Our lunch spread allowed us to enjoy the wide uses of the different Anchor products. We started with a platter of Melba Toast with Garlic and Chives Butter. This gave me a good idea! I've always wanted to make my own flavored butter. With the blocks of salted butter that I have here at home, maybe I should give it a go. This was followed by a delicious bowl of Pumpkin and Cinnamon Soup with Anchor Culinary Cream. I love creamy pumpkin soup and I love how the cinnamon powder perked up the taste. I should try this add home. 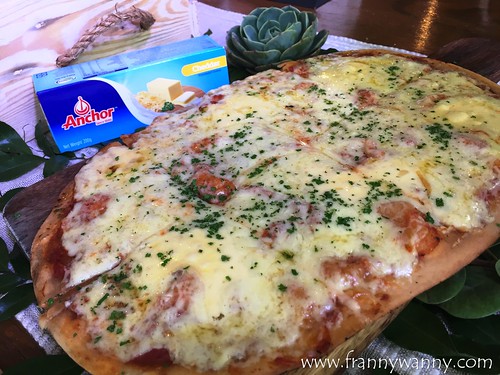 Next, we had the Four Cheese Pizza with three kinds of Anchor cheeses -- mozzarella, parmesan and cheddar. I was initially planning to do the same thing at home but I was worried that the taste might come out flat. Hmm how about if I add some bits of garlic in it? What do you think? 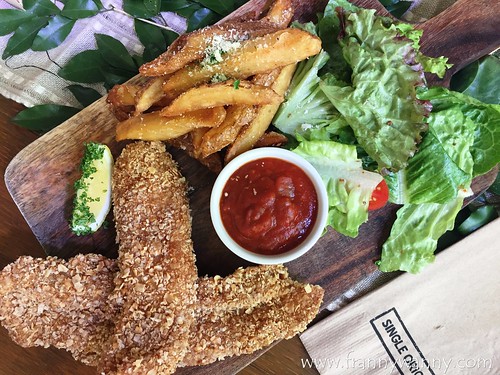 For some protein, we had Fish and Fries with Marinara Sauce. This time, they made use of Anchor Parmesan Cheese, Culinary Cream and Butter to coat the fish. The tender fish fillet had a nice crunch on top. I also love the tangy marinara sauce which went so well not only with the fish but with the crisp potato wedges too. 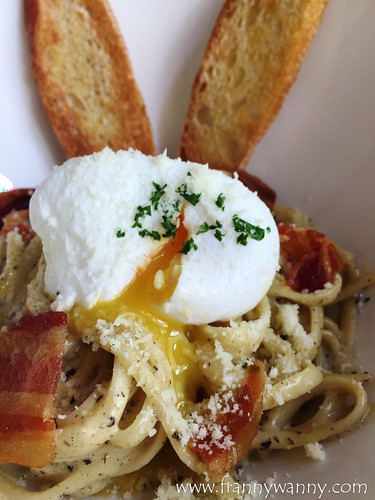 As if we didn't had enough carbs, we got the White Truffle Pasta with Poached Egg and this was prepared with Anchor Culinary Cream, Parmesan Cheese and Butter. This was a bit too rich for my taste as I hardly finished my bowl of pasta. It was delicious though but I guess I was already too full from all the yummy dishes that we had earlier. 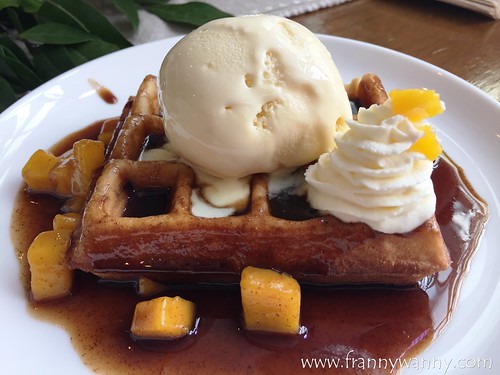 For dessert, we had the Mango Caramel Grand Marnier with Anchor Whipping Cream and Unsalted Butter. I had to skip this as it has alcohol but I heard that it was very good. 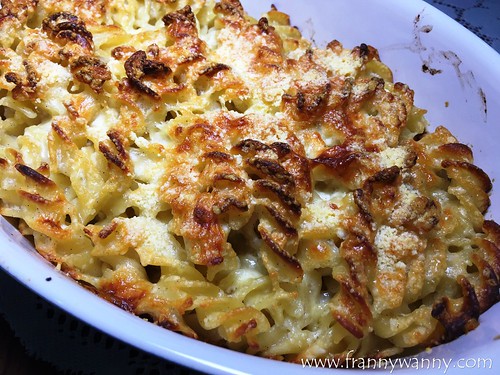 As you all know, I love the challenge of putting several ingredients (most of which are leftovers) together to create a particular dish. In this case, I had a tub of ricotta cheese and half a pack of fusilli noodles in the pantry that I have to use right away. Thankfully, I also got some packs of Anchor cheeses too so a quick Google search led me to this recipe which I tweaked and prepared for dinner one evening.

Prepare this in 6 easy steps:
1) Cook the pasta noodles following the instructions on the package.
2) Grease your baking dish with butter and pre-heat your oven to 375 degrees Celsius 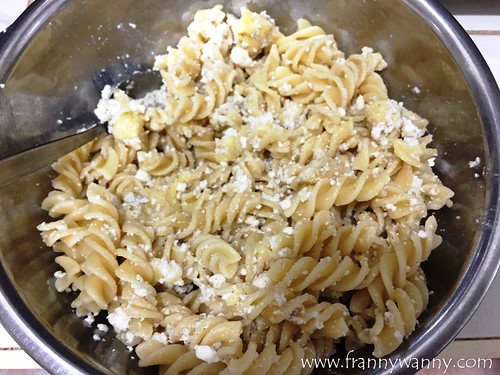 3) In a bowl, mix together mozzarella cheese, ricotta cheese, chili flakes, salt and black pepper.
4) Pour in the hot pasta noodles and mix thoroughly. Add 1/2 cup of pasta water if it gets too dry.
5) Pour the pasta mixture into the buttered baking dish and sprinkle with parmesan cheese. 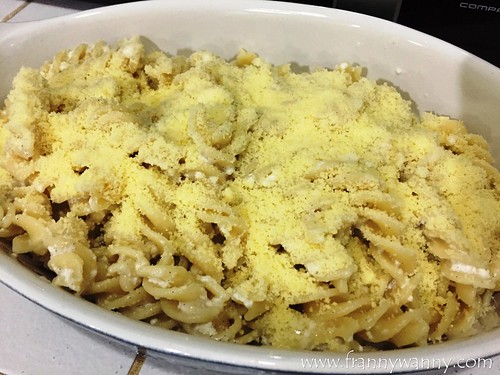 6) Bake for 20 minutes or until the cheese turns golden brown. Serve immediately and enjoy!

More thoughts on this:
I feel that you can also add in half a cup of Anchor Culinary Cream into the Cheese Mixture instead of the pasta water to give it a creamier consistency.