- December 17, 2015
For almost two years, my brother in law E has been telling me about this restaurant that he discovered that has according him, "the best and most tender crispy pata ever" Since Papa and Paul also love Crispy Pata, Livestock has then long been part of my growing list of restaurants to try. Finally, we got the chance to travel all the way to Quezon City to try it out. I'm so happy as even Kongkong and A-I were able to join us too.

Livestock is located behind ABS-CBN. It's part of this small complex that houses a couple of other restaurants such as one that serves a variety of seafood dishes, a ramen stop and more. We got there quite early and were lucky to score a long table for 9 at the ground floor. The menu of course had a lot of different pork dishes but of course they also have a lot more typical Filipino options to choose from. 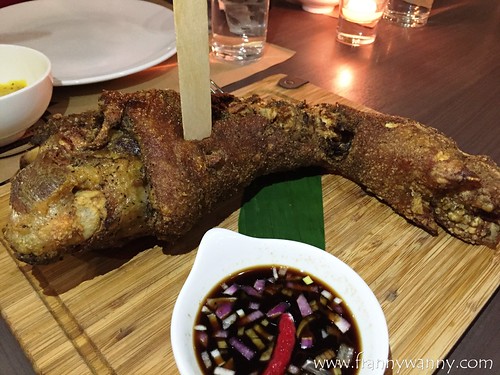 For some reason, all of us where not THAT hungry for dinner that night so we actually just had four viands to share. First was the famous Melts-in-your-mouth Crispy Pata (Php. 590). I was initially telling Pan to get two thinking that if this was really very good then one might not be enough. Well, I have to say that it was indeed very good but since everyone wanted to eat light that night, one piece was just right as Paul successfully polished the bone clean. I love how the skin was so crispy and it wasn't too fatty thus allowing us to get a good amount of tender meat. 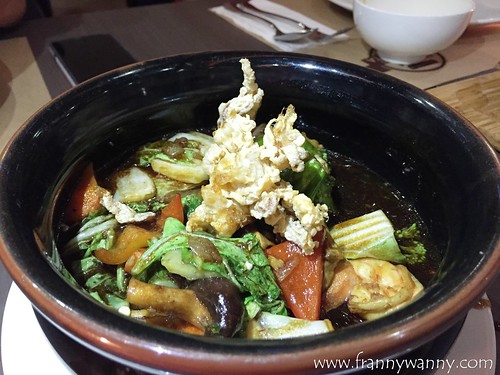 We also tried the Vegetable and Seafood Pot (Php. 255) which was a disappointment. The vegetables were flavorless and wilted, the seafood were scarce. I barely enjoyed this dish and I don't think we will be ordering this ever again. Best to skip this. 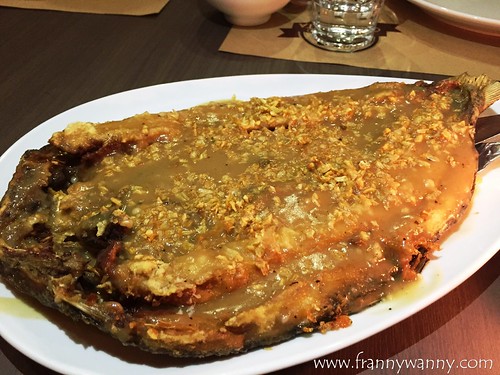 Next was the Golden Fried Bangus a la Pobre (Php. 465). A hefty deep-fried 2lbs. boneless bangus that's covered in gravy and garlic bits. This one was good but somehow we found the meat a bit on the dry side. I think they have overcooked the food that all the moisture disappeared. Too bad as the gravy with garlic was good. 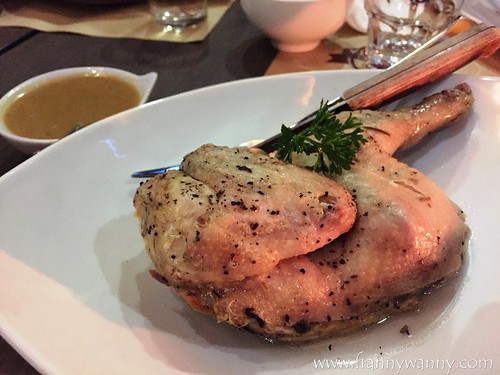 Lastly was Gab's Fried Chicken (Php. 238/half). First thing we noticed was the size of the chicken. For half size, I feel it was a bit too small. Also it doesn't really look that appetizing given that it's supposed to be fried. We ordered this thinking that 3 dishes might not be enough but if you ask me, I would have just ordered two Crispy Pata and perhaps a better veggie dish. Another dish to skip.

Sadly, the Crispy Pata was the only thing worth going back to Livestock for. Everything else was either too blah or dry for me. I want to believe that it was the Chef's bad day so I might go back sometime in the future but definitely it won't be on top of my priority.
best crispy pata crispy pata food blog livestock manila menu philippines quezon city