- July 25, 2016
People walk in and out of our lives but the real challenge lies in being able to leave an impactful mark for them to remember you by. I know it's a Monday and I'm not talking about death just in case you're wondering. I'm talking the work place and the people you get to work with. A typical corporate set-up will allow you to get to know a lot of people but admit it, there's only a handful of them you eventually become close with. They're the ones whom you'd probably realized that you share the same interest with or their personalities just match yours making their presence such a pleasure to have around.

Take for example my former colleague A. I had the privilege to work with her on several accounts and luckily we got along right from that start. Perhaps it's because we're always on the same wave length so it was a breeze working with her as we both believed and aimed for the same thing. So, when A came up to me one day and told me that she's leaving, my heart sank. I know that we will still remain friends outside work but I was so sad that I won't be seeing her on a daily basis. Oh did I also mentioned that A is also a foodie? We love trying the new restaurants around our office area and so for her going away lunch, I made it a point to take her to one of the newest cafes that I've been dying to try too. 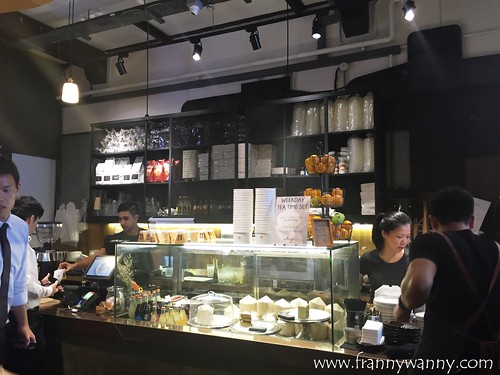 Ninja Bowl, at some point, was the main highlight of my Instagram feed where fellow food bloggers and local foodies have been sharing their pretty lunch bowls on a daily basis. A quick scan at Ninja Bowl's website gave me the impression that they specialize in healthy lunch bowls where customers can choose the base (salads or grains) that will match with their meat of choice. It's not very customizable but they sure have a lot of interesting choices on the menu. Another colleague E joined us for lunch too and being vegetarian, I was pretty confident that she'll be happy with the options available at Ninja Bowl. 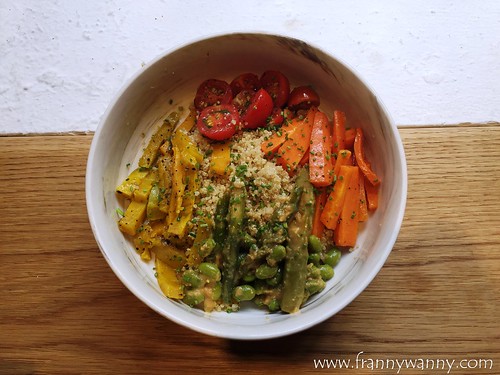 True enough, she got the Geisha (S$14) which was further customized to suit her dietary requirements. For an all-veggie bowl, I got to say that this is probably the prettiest I've ever seen in my life. E was so happy at how flexible they were and her veggie bowl turned out to be very yummy too. 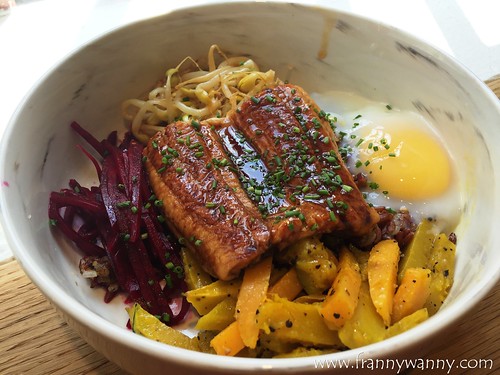 As for me, I went for the Genki (S$16) which is a filling bowl of yaki unagi (eel), roasted pumpkin, beansprouts, pickled beets and onsen egg. For my base, of course, I went for Ninja Rice which is a combination of red and white Japanese rice. The unagi was very tender and so delicious. I normally shy away from beets but serving it pickled-style took away the strong root crop flavor and aroma. I happily inhaled my food and perhaps next time, I'll be a good girl and will get this with fresh greens instead. 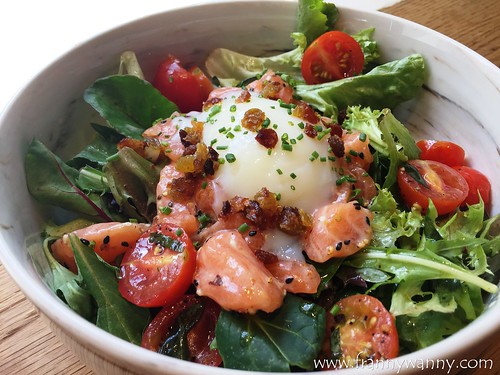 A, on the other hand, was a very disciplined girl and had her Yasai (S$16) with a lot of greens. I initially wanted to try this too but seeing that they added in sultanas in there too..errms nevermind. Very picky eater here! 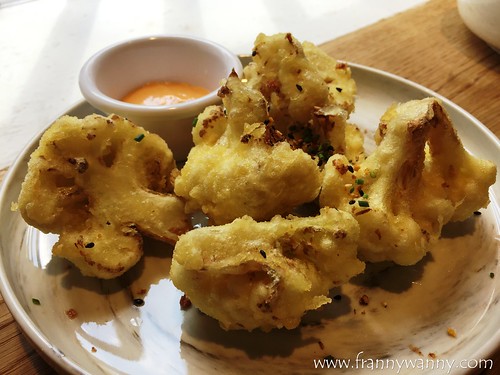 We also tried the Cauli Pops (S$10) for our sides and I have to say that this was so good! I highly recommend this and be sure to order a lot when dining with a group as people will surely want to have more than one piece to munch on. I honestly think what made this so good was the light batter that coated the cauliflower and the sriracha mayo which gave it that *zing!*. 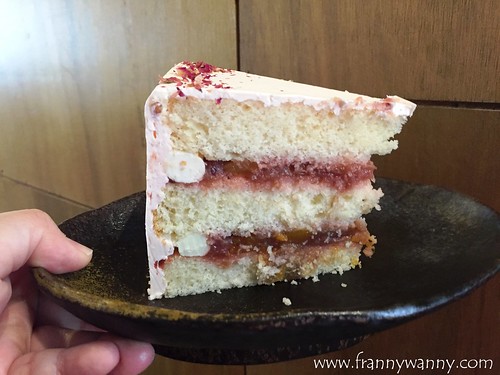 For dessert, we tried the Strawberry Cheesecake which was on the cake chiller. Unfortunately, this was a total fail as it was very dry and it wasn't cheap too! Take my advice, just skip dessert and perhaps get a cup of coffee to end your meal with instead.

Ninja Bowl has ample seating inside but I highly recommend that either you go early or to make a reservation as the place gets filled up during weekday lunch time. I can't wait to go back to try more of their lunch bowls and perhaps discover more yummy things that I might eventually like.

Have you tried Ninja Bowl? Tell me what you think below!