- April 06, 2017
For the past 4 years, I’ve kept this growing list of restaurants that I’d love to try whenever I get to fly home to Manila. Of course, given that I am only home for a very short period of time and our schedules are normally filled to the brim with errands, family meals and reunions, more often than not, I only get to cross out an average of 5 restaurants during every visit and this is definitely not enough to keep up with the never-ending growth of new restaurants opening in the metro alone.

CDP Global Table at the Powerplant Mall has been part of my list since my first year here in the Lion City. Thankfully, I finally got to cross it out from my list last December when I met up with my best friends T and E for our annual Christmas gathering. With everyone’s tight schedules, we agreed to meet up exactly a day before Christmas Eve. Talk about cutting it real close! 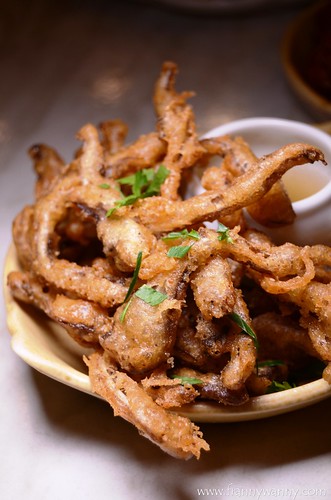 T was able to make reservations, which I think was a good move given how packed the restaurant was that night. This is also being operated and managed by the same group running Mamou so we all have high expectations on their steak as this is one of our Mamou must-have dishes. Mamou is known to have two sittings per night so I had a feeling CDP implements the same rule but this wasn’t mentioned to T when she made the reservation. Anyway, we all ensured to get there on time to avoid losing our table. For starters, we had Pig’s Ear Fries (Php. 295) which caught my eye as I thought it sounded very interesting. We love pig ears found in sisig so I thought it might be the same. What came was a bowl of crunchy, deep-fried fries-like pig ears. It was yummy and quite addicting especially when dipped in the anchovy vinaigrette served with it. After a while though, the flavor felt too much and luckily, we had another starter to balance it out. 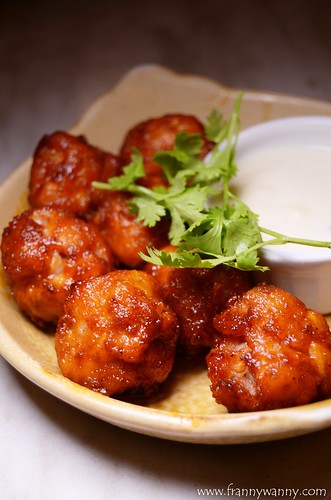 The Buffalo Balls (Php. 345) was a good contrast as it’s spicy boneless chicken balls served with blue cheese dip. It’s the perfect dish for people like me who adores buffalo chicken wings but are too lazy to debone the chicken. I liked this more than the Pigs Ears and would love to have more on my next return. 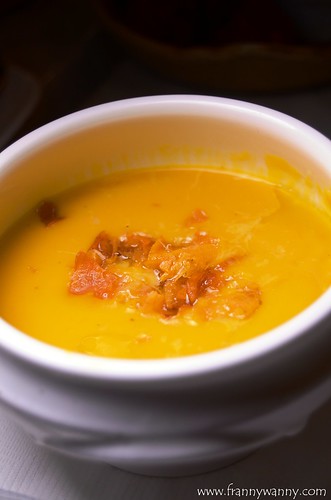 To warm our tummies, we got two bowls of Squash Soup (Php. 285) and asked that this be split into 2 each. Since we wanted to try more dishes, we have to space things out. The squash soup was good! Not as creamy as I was hoping it to be but it surely packs a good punch and was definitely flavorful. 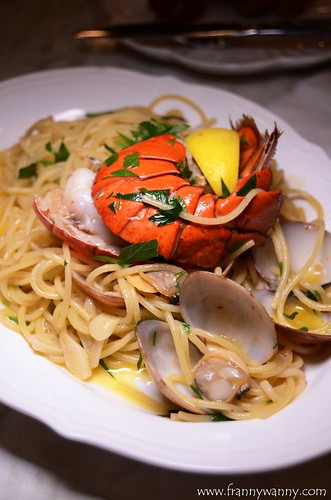 As we were waiting for our main dishes, someone from the CDP marketing team dropped by our table to check how things are. It’s quite nice to have them ask us about our thoughts of the food although we just had 3 dishes so far. After a quick chat, out came our Maine Lobster Vongole (Php. 995). Now, I’m normally not a fan of vongole as it’s loaded with clams but the mere addition of lobster made it really interesting. Love how light the pasta and the lobster meat was very chunky and meaty (!) making it such a great choice for our dinner that evening. 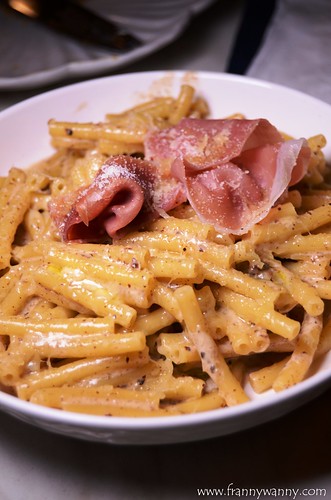 However, when it comes to pasta, my heart belongs to CDP’s Truffle Maccheroni (Php. 495), which is surely one thing I can order over and over again. It’s said to be good for sharing but trust me, you’ll probably want to have it all to yourself. Perfectly cooked long tube maccheroni with white truffle paste, cream, grana padano cheese and parma ham. Really really good! 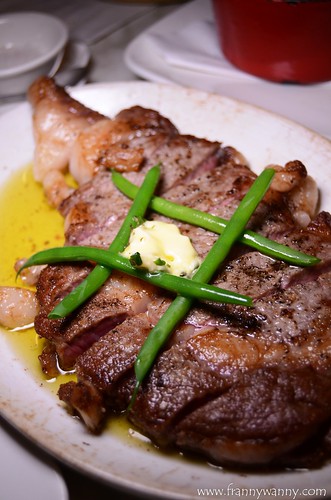 Lastly, the main star of the show was the Steak Frites (Php. 1,950) which is an impressive 400g USDA Prime Ribeye cut served with fries, French beans and our choice of butter. We unanimously chose the herb butter which we all thought would go perfectly well with the steak. It was sooo good! The meat was so tender and it has the perfect amount of marbling for that charred fatty corners. Heaven! 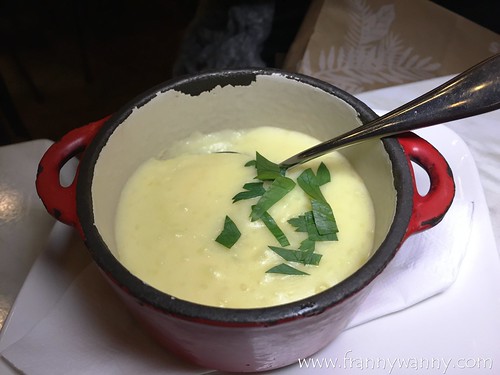 As fries is not enough for us, we also got a pot of Mashed Potatoes (Php. 95) as an additional side.

While we were enjoying our main course, the marketing girl came back with this look like she’s about to tell us to finish up and someone’s taking our table. She tried to do small talk by asking us how we heard about CDP and when T told her that I’ve been wanting to try it for years which later on led to her finding out about this blog, her “doomsday glory look” quickly disappeared and she told us to just enjoy our meal. While it was really a good gesture of her checking up on us from time to time, we just found it a bit weird why she doesn’t seem to frequent the other tables but it seems like she’s trying to have a feel if we’re worth rushing and kicking out soon to perhaps seat incoming diners? Hope we guessed wrong. 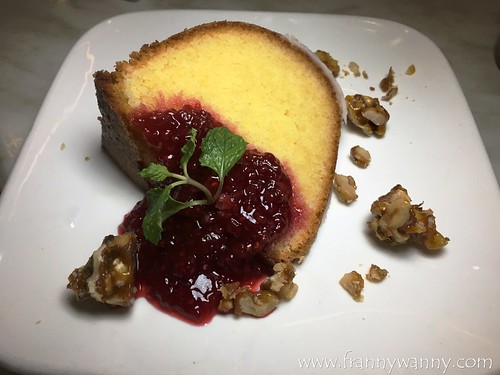 Shortly after that, a plate of Almond Rhum Cake arrived on our table and we were told that it was on the house. Hmm..

It was a great dinner but I couldn’t stop thinking about the real motive of the marketing girl. I told Mommy about it and told her that I was really shy when T mentioned this blog as I really like keeping things low-key. *blush* Mommy said, it was perhaps a good thing T did or else we would just be taken forgranted and be asked to quickly rush our meal which will definitely ruin the whole experience. I hope our hunch was all wrong as I would hate to think that such a great restaurant would treat customer differently. For now, I’m definitely going back to CDP for more of that delicious Truffle Maccheroni.