- February 01, 2017
They say, once you have reached the age of 30 you're officially a "tita" or auntie in English. Well, I am legit a tita with the birth of my niece J 9 years ago and this was followed by my nephews J1 and J2 and of course, with the recent arrival of Baby A too. I'm tita x 4 and what does most titas do? They go for tea time, of course!

Kidding aside, it seems like I have discovered a new weekend hobby and this is to go for a nice afternoon tea bonding sessions with my girl friends here in the Lion City. Thank god for sweet loyal girl friends like S, T and D. 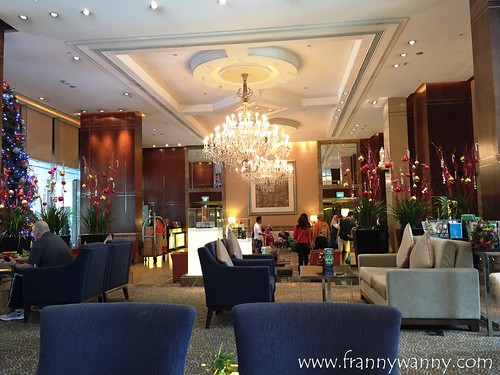 Recently, my friend Didi came to visit and since we both had really jam-packed weekend schedules, I suggested we go for tea time instead to which Di was super game for. We tried Holiday Inn Singapore Orchard City Centre's High Tea Set as it's really accessible to where Di was staying and I also got dinner plans in the same area that evening. I love how spacious the lobby was and they were so nice to give us a nice quiet corner too. 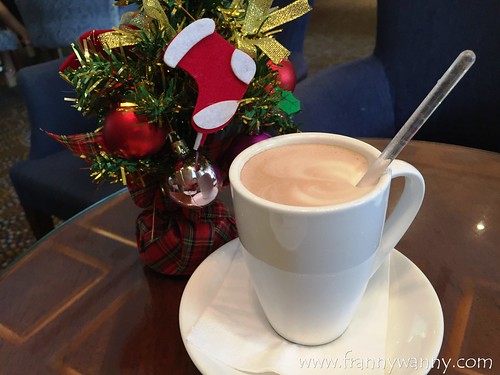 The Afternoon Tea Set (S$36) is good for 2 pax and comes with refillable coffee and tea. While waiting for Di, I got myself a cup of Flat White which was part of the list of choices. Not bad given that my coffee came in a tall white mug with sugar cubes on the side. 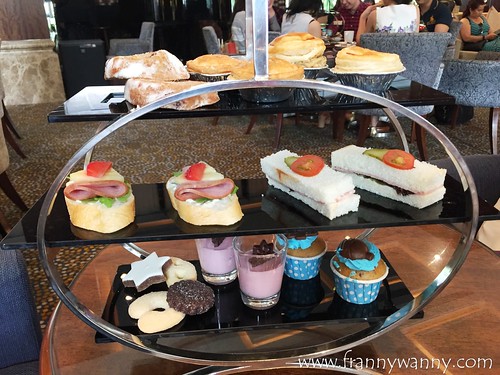 As soon as Di arrived, out came our mini tower of treats. I got to admit that I was a bit underwhelmed by it as there was just one row of sweet pastries followed by four pieces of tea sandwiches and the top row had three types of savory bites none of which looked really outstanding. Unlike other afternoon tea selections where everything was refillable, this High Tea Tower was just for single serving. Well it's also slightly cheaper as compared to the rest so I guess, I can't really complain?

Okay, putting my initial judgement aside, I tried every single thing on the tower. First were the tea sandwiches. One was an open-faced ham and cheese "canape" while the other was a vegetarian sandwich. In fairness, the vegetarian sandwich was decent while the bread for the ham and cheese was a bit too chewy. Perhaps it got too cold after toasting?

On top were some pie and one was actually a Mince Pie which I definitely wasn't a fan of. I took one bite and I think my reaction and shocked look might have scared Didi from taking a bite herself. Oops! It was the Christmas season so I guess Mince Pies were a must have? Sorry but I'll skip that.

The last row was even more forgettable. I pretty much just nibbled here and there but sadly there wasn't anything in the selection that stood out for me. It was quite disappointing though as I previously read reviews about this and they used to have satay sticks, salmon sandwiches, vegetarian pizza, strawberry cakes and more. What happened to those? My Afternoon Tea Set seriously felt like one that consisted of all the rejects from the dessert buffet station. *sniffle*

Are they worth a second chance? With all the hotels offering Afternoon Tea and High Tea Sets, perhaps I'll push this down at the bottom of my list for now. Do let me know if you're visited Holiday Inn Singapore Orchard City Centre recently and had a better experience. Maybe then, I'll give them another try.