- March 07, 2017
While I'm admittedly a rice fan, I still can't pass up any opportunity to enjoy a good loaf of bread. A few years back, Pan brought be to Eric Kayser in Greenhills Promenade for brunch and I can still remember swooning over their yummy flavored breads. It's quite sad though that this particular branch no longer is in operation today but at least they still got their flagship outlet at the Powerplant Mall. 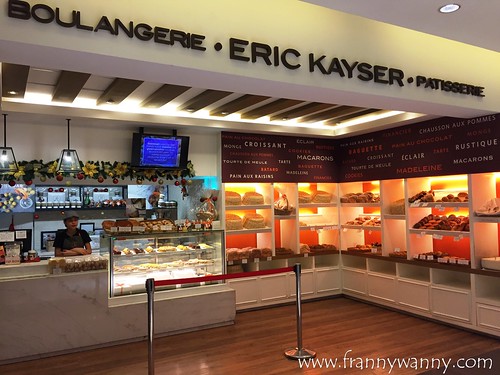 The shop is not that big but it sure is eye-catching! I love the clean white and orange interiors where the shelves are lined with all these huge bread baskets. I peeked into each one of them as I made my choice of what to bring home this time. 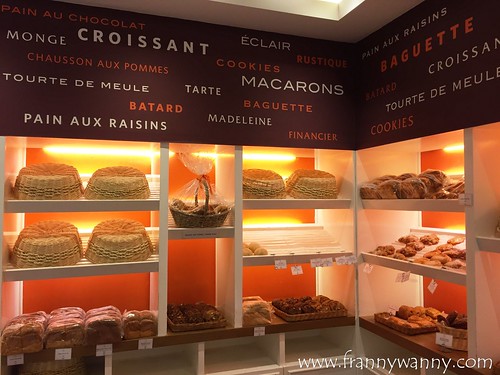 A little research on Eric Kayser, I found out that his story began in France (of course) back in 1996. He was born into a family of bakers yet what made him stand out was his belief in creating traditional bread using additive-free flour and carefully selected ingredients. Since then, his bakery grew in number and later on began crossing borders not only around France but all over the world! He named his bakery Maison Kayser but everyone still calls it Eric Kayser so I guess calling it either is fine. :) 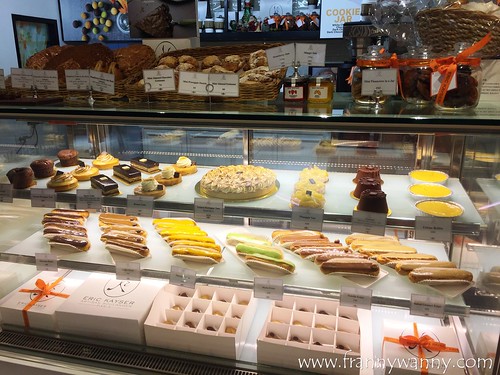 Unlike other F&B brands with several outlets, Maison Kayser stepped away from the cookie cutter business model but instead made sure that each store reflect that of its community. This is probably why we got localized flavors found in every bakery from the Ube Kouign Amann and the Mango Flower Brioche available in the Philippines. Now I'm so curious to visit as many Eric Kayser bakeries all over the world to try the unique bread creations found in that destination. 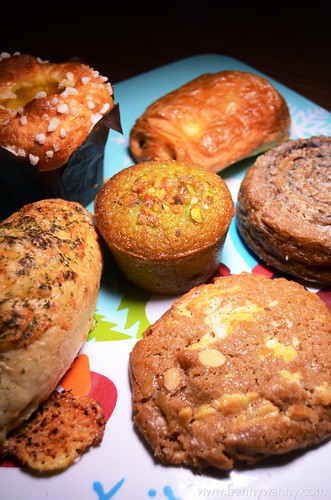 Aside from breads, they also have a wide array of yummy-looking pastries! I was able to try a box of their localized eclairs and I'll tell you more about this next time. Meanwhile, watch out for a giveaway coming real soon! All you have to do now is to follow me on Instagram and you might win all these yummy goodies that I personally picked out just for YOU!