- November 27, 2018
The first time I've had Pipa Duck was in Singapore when I was still handing the social media accounts of one of the biggest Chinese restaurant chains in the island. That was the best years of my career life there as not on were my clients one of the nicest that I've ever had but I get to have a good preview of their upcoming dishes before it gets launched to the public. What a job, right? 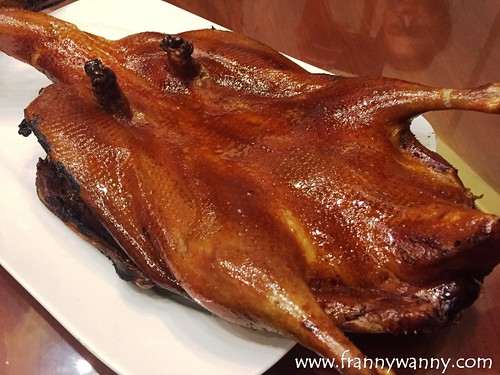 The Pipa Duck as very memorable as it was my first time to come across it and we even had an inside joke about it within my team. (To YOU whom we were teasing about the Pipa Duck...know that I miss and love you! hihi).

Anyway, the Pipa Duck is not another type of duck. It's exactly the same kind normally used for Roast or Fried Duck what made it different is how it was prepared. Split open in the middle and "butterflied" to flatten it out, the reason why it's called so is because it resembles that of a pipa 琵琶, a traditional Chinese wind instrument, that is shaped like a flat guitar. However, this type of cooking method somehow makes the skin extra crispy while retaining the tenderness and juiciness of the duck meat inside. Really yummy! 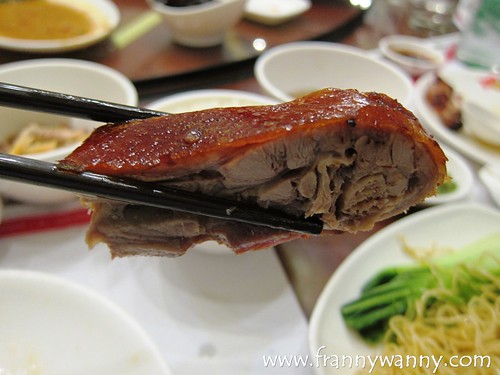 Paul and I returned to Kam's Roast for the 3rd time since it opened in May and we were so lucky to have a taste of the newly launched Pipa Duck (Php. 3,300). What makes this version so special is the brine used to marinade the duck. It consists of dried orange peel that has been aged for 25 years giving it this sweet, delicious flavor. After marinating, the duck is air-dried then roasted and lastly, deep-fried giving it that crispy finish. It's so good and while it goes well with some sweet plum sauce, I happily enjoyed mine without any sauce.

To go with the star of the show, we also had a good line-up of Kam's Roasts specialties such as: 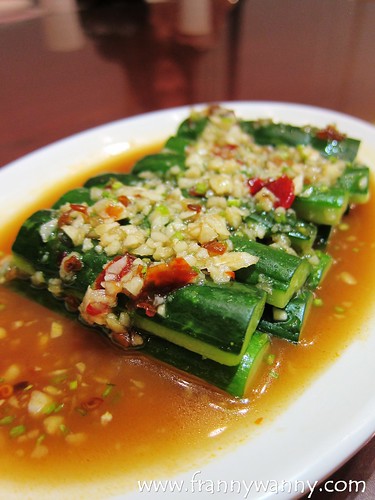 Marinated Cucumber in Vinegar and Garlic (Php. 140)
My favorite! I really love starting my meal at Kam's Roast with this cold cut platter. It's so refreshing and definitely a good way to cleanse your palate to prepare it for the grand feast ahead. 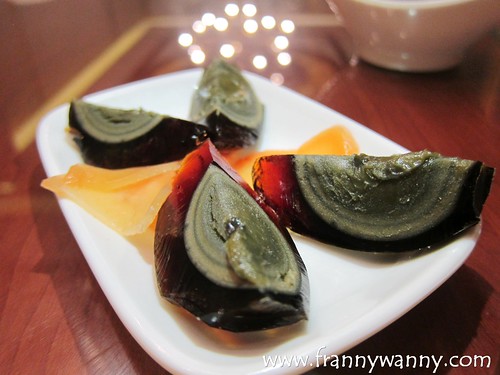 Century Egg (Php. 120)
For the past two visits, I was unfortunate enough to not be able to try this. The first time was because they ran out of Century Eggs and the second time, because my family wasn't just feeling it. I heard lots of great things about Kam's Roast's century egg like it having a gooey center and all. Well, if you're a fan of century egg then you shouldn't miss this. 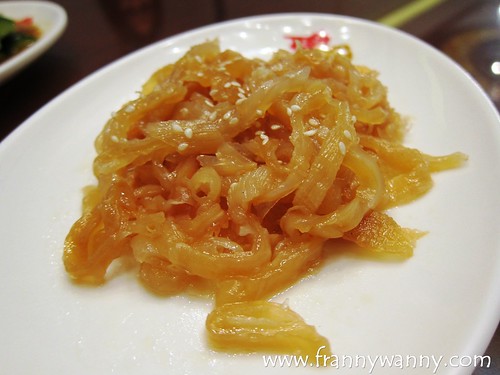 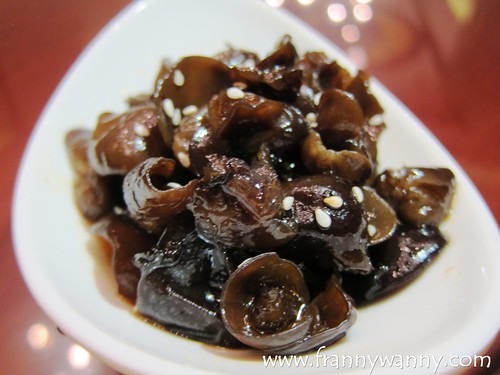 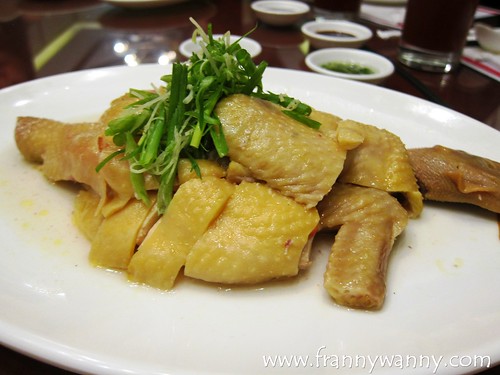 HK Traditional White Chicken (Php. 900 / Php. 1700)
We were made to try two types of chicken and this one was a fast winner. The tender and juicy meat with a thin layer of jelly fat under the skin, it was so good! I will definitely be back for more. 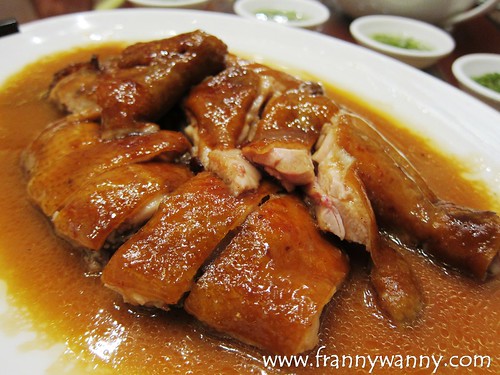 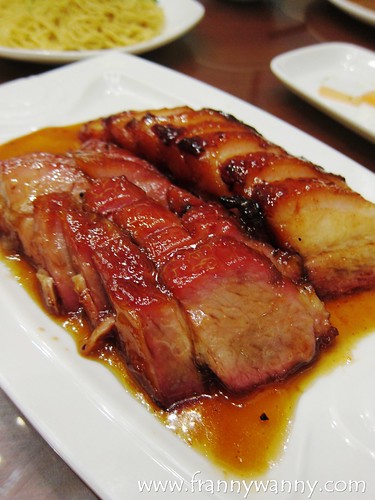 BBQ Pork Cha Siu
Aside from their poultry dishes, Kam's Roast is known for their char siu too. You can choose between this or the Toro which is the fattier version with a visible layer of pork fat. Since I have indulged more than I should with the HK Traditional White Chicken, I skipped the Toro and had the BBQ Pork Cha Siu with a leaner meat instead. 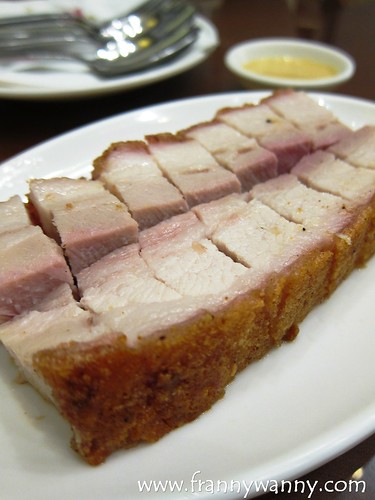 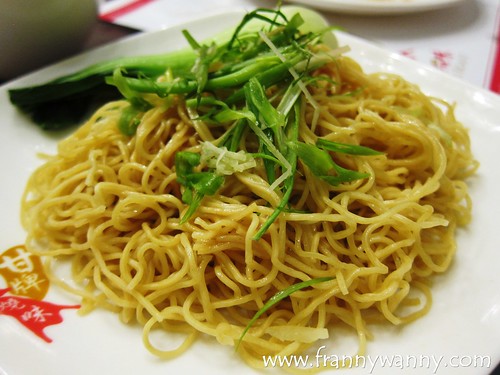 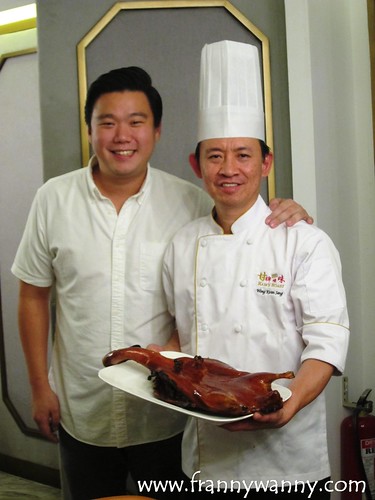 Every meal at Kam's Roast is always a glorious feast and I now look forward to my next visit to have more of the Pipa Duck. Here's also a little secret, Kam's Roast will soon be offering goose pretty soon. Watch out for more announcement regarding this. ;)