All things British at Cucina in Marco Polo Ortigas

I'll never forget these comments given by my former boss during one of our office chats about food. Oh how I missed him and our old team! It began when we started talking about the famous British Fish and Chips and one of us asked him why don't they have it with rice, of course, for us Asians..#riceislife! He then explained that they have their deep-fried beer-battered fish with chips and mind you, they don't call it fries. Living in the Lion City, Paul and I had the privilege to know more about the English language such as saying holiday instead of vacation, lift instead of elevator and nappies and prams instead of diapers and strollers. I love listening to the English accent and how formal it sounds. 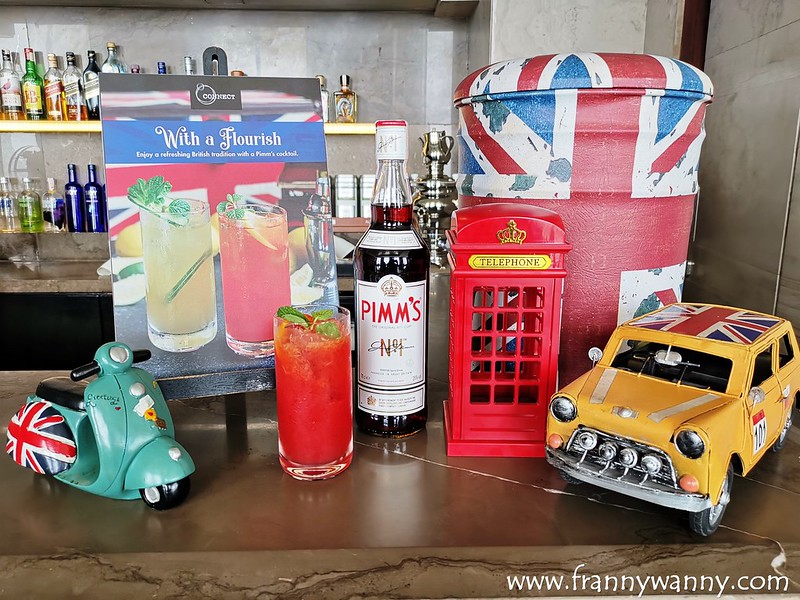 When it comes to food, Singapore also has a strong British influence as the Philippines is to the American. It's there that I got to enjoy one of the best Shepherd's Pie from our neighborhood bakery and I finally got to try authentic Yorkshire Pudding during Sunday Roast. I also love Sticky Toffee Pudding which unfortunately I am having a hard time searching for here in Manila.

Recently, Paul and I had lunch at Cucina at Marco Polo Ortigas and we were so happy to see that they have an on-going British Food Promotion which is currently running until the 24th of February. You can enjoy the best British bites in most of the hotel's F&B establishments like Cafe Pronto, The Connect Lounge and of course, Cucina. 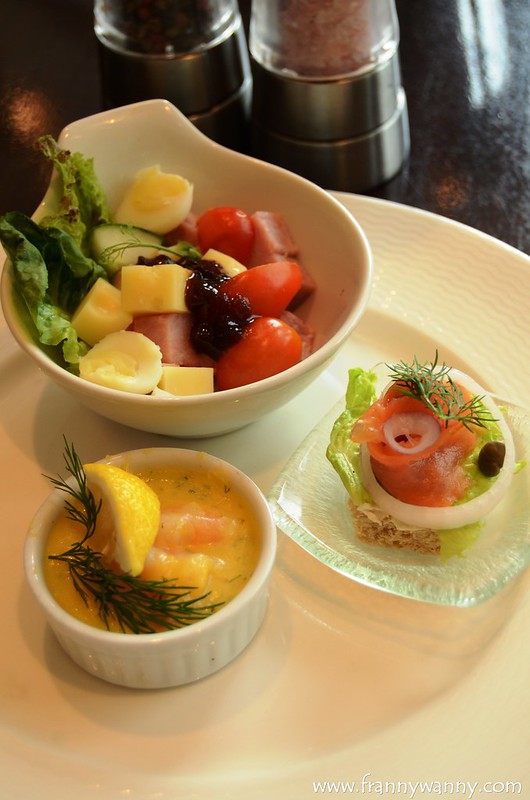 First, you start with appetizers (and lots of sushi for me!). Don't even bother taking a pick but instead, try ALL three British starters from the Ploughman's Salad, the Smoked Atlantic Salmon with Capers Canape and the Shrimp and Dill Salad. My favorite was obviously the Shrimp and Dill Salad. I love how creamy and buttery it was and the shrimps were so juicy and succulent. How I wish I was able to get more but I was just too busy trying the other dishes as well. 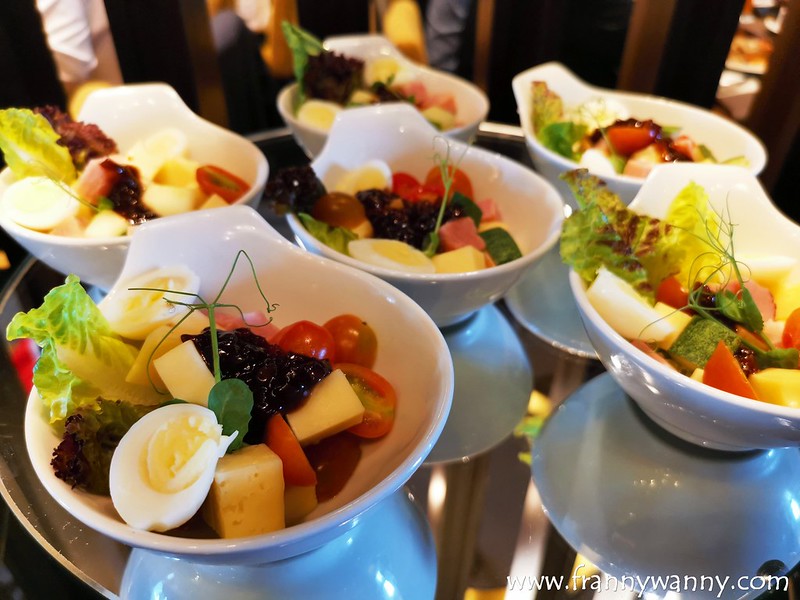 The Ploughman's Salad is a very interesting salad. On my bowl I got 2 small pieces of lettuce and it's loaded with chopped ham, cheese, tomatoes and radish. This is perfect for the non-veggie fans as you can still say you're eating "salad". 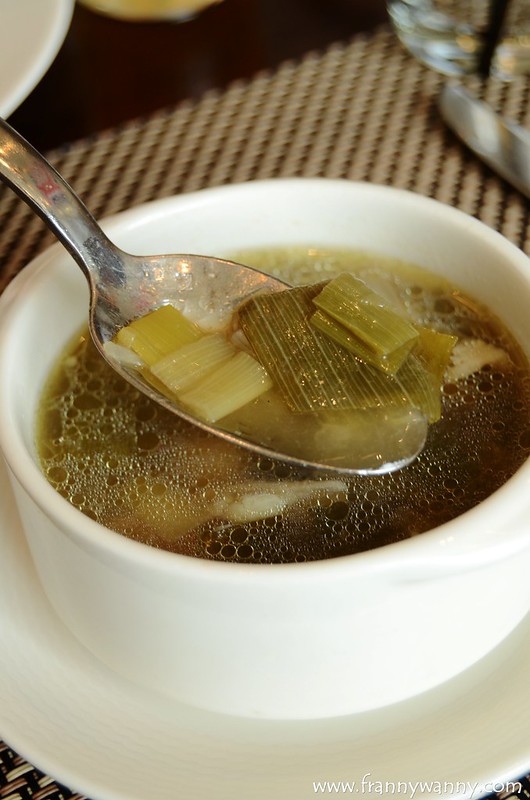 Pair your starters with a bowl of Cock a Leekie which is a traditional British comfort food made of chicken, leeks, barley celery and parsley. This is one that I can definitely give to my babies if we decide to go to Cucina for a meal one of these days. 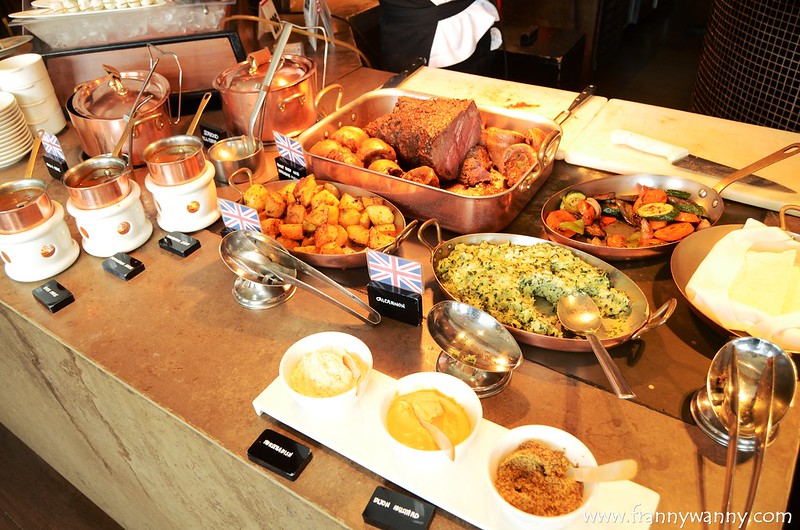 Moving on, there's the full British station which has all your English specialties. From the famous Fish and Chips down to the classy Pot Roast with Yorkshire Pudding, there's also the Mushy Peas which I weirdly love since I really do not eat green peas but this one I like. They also got malt vinegar to go with the beer-battered fish which was super yummy! 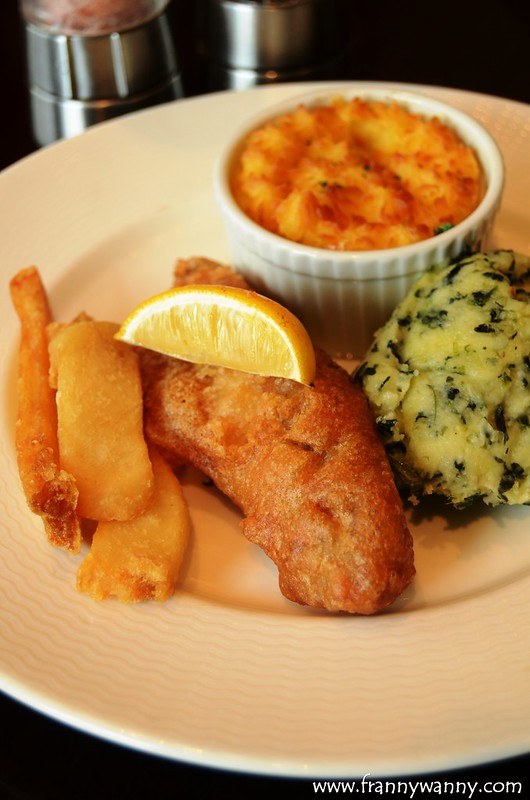 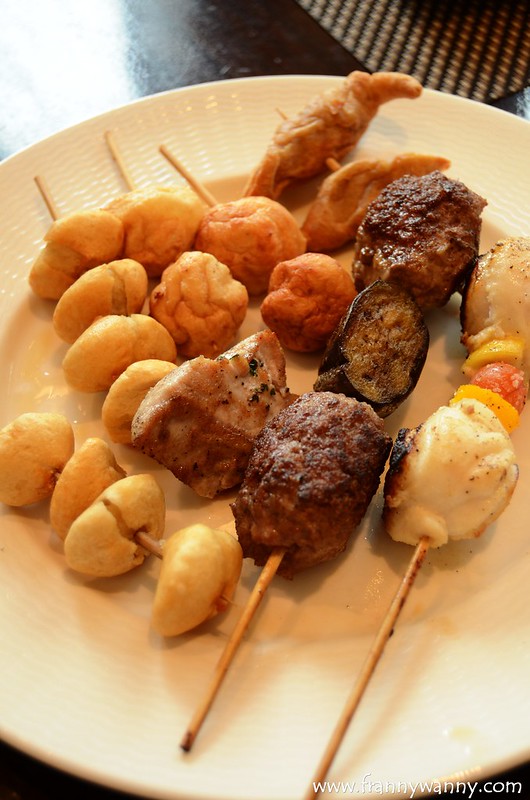 Every time I'm at Cucina, I just have to visit the Grilling Station. This time, they have the famous Pinoy street skewers available such as fishballs, squid balls and kikiam. I just had to get some and try it myself. While you may not have the option to "tusok tusok" at least you can still enjoy these together with the rest of the buffet spread. I also love the grilled tuna which I would drizzle lightly with lemon. Yum!

For dessert, I was honestly looking forward to having some English trifle but was slightly disappointed that they don't have this. Instead, I just helped myself to some homemade ice cream and a slice of Mango Cheesecake instead. They also have one of the best Oatmeal Raisin Cookies in town too so be sure to help yourself to some of those. 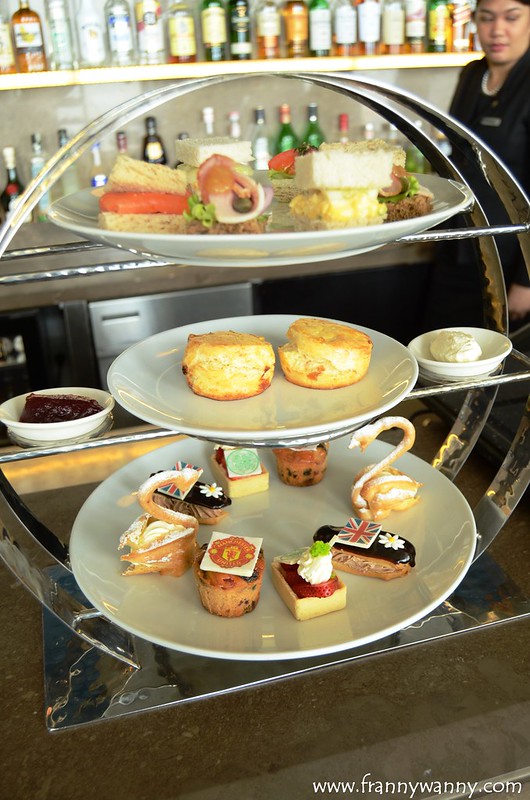 All these are available for both lunch and dinner service at Cucina. However, if you're craving for some afternoon snack then we can't get more British than some Afternoon Tea. Head over to Connect Lounge and enjoy a three-tier selection of savory and sweet treats paired with Marco Polo's signature Earl Grape Iced Tea.

It's the first time for Marco Polo Ortigas to have this British promotion and I hope they'll do this annually from now on. For now, this current promotion will just run until the 24th of March 2019.