Japanese BBQ All You Can at Gyu-Kaku, Shangri-la Mall

- May 15, 2019
One thing that I noticed when I first relocated back home was the growing popularity of eat-all-you-can Korean BBQ restaurants and they're priced really affordable too! It seems like every mall would have long queues leading to these restaurants that offer a buffet of Korean bbq meats and cooked dishes for less than P500 only. Before I left the country, the buffet has been on a rise and it came to a point when hotel buffets and restaurant buffets are charging fees somewhat close to each other. Classy interiors, impressive buffet line-up, that was the food trend back in 2012.

Filipino love to eat. There's no denying there and this is probably why buffets and eat-all-you-can promotion will always be well received by the eating public. Anyway, I remembered my first eat-all-you-can KBBQ experience. I was close to my delivery date then thus I was literally heavily pregnant with my twins and we entered this popular Korean restaurant where we were led to the second floor dining area. One thing I noticed was how the flooring was so slippery that I was so scared to slip and hurt my babies inside. The tables were also really sticky and oily and sadly, there wasn't a single interesting item on the buffet table not to mention the meats were obviously of lower quality. Needless to say, that first experience was enough reason for us to stay away from dining at all the famous eat-all-you-can barbecue restaurants for a year. That and well, being new parents of twins didn't really gave us the luxury of time for pretty much their first year of life. 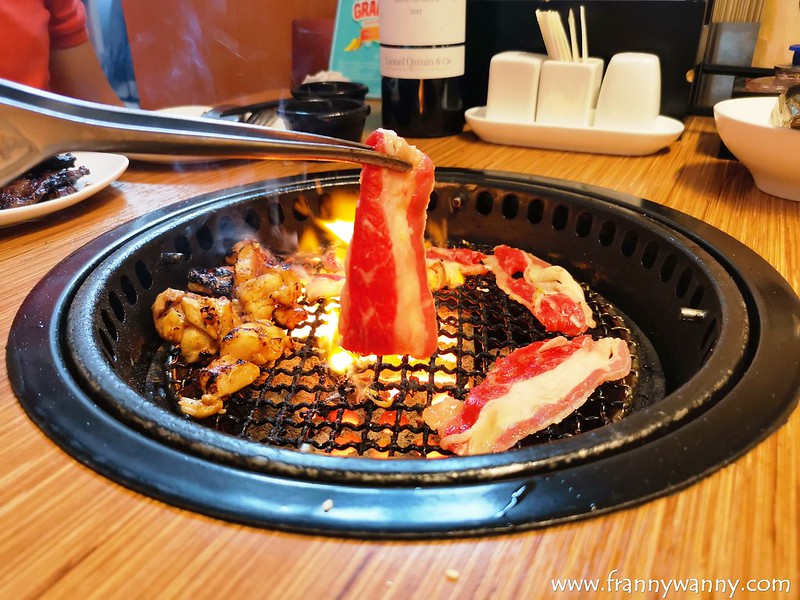 Over the recent holiday, Paul and I, together with our twins, headed to Shangri-la Mall to dine at Gyu-Kaku with some of our food-loving friends. They recently launched their eat all you can promotion and one thing that made this the exception to the rule is that we are familiar with Gyu-Kaku having dined at their Singapore outlet located across IKEA Alexandra. They're serving Japanese-style bbq majority of which is beef as the name gyu means beef in Japanese.  Also, Gyu-Kaku is definitely one of your upscale Japanese barbecue restaurants so you are assured of getting good quality meat in every order.

For only P799 (for adults) and P599 (for kids 3ft and above), you get to choose from a wide selection of appetizers, salads, soup, meats, side dishes and of course, dessert. I was actually so glad that they have dessert as a lot of restaurants running these type of promotion normally would omit dessert out of the menu. 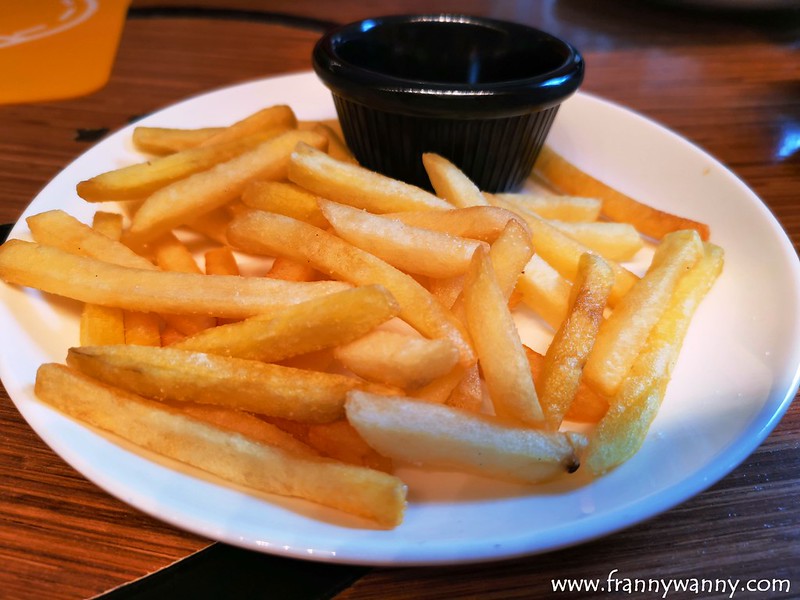 We started with some appetizers as we wanted to keep the twins happy and satisfied. Of course, they love French Fries and I specifically requested for the kitchen to serve this with very minimal salt. I'm so glad that they happily complied and boy, my twins enjoyed the fries so much! I have to say, despite the low amount of salt added, the fries were perfectly crisp and really tasty. The twins loved it so much we had to order another plate just for them. 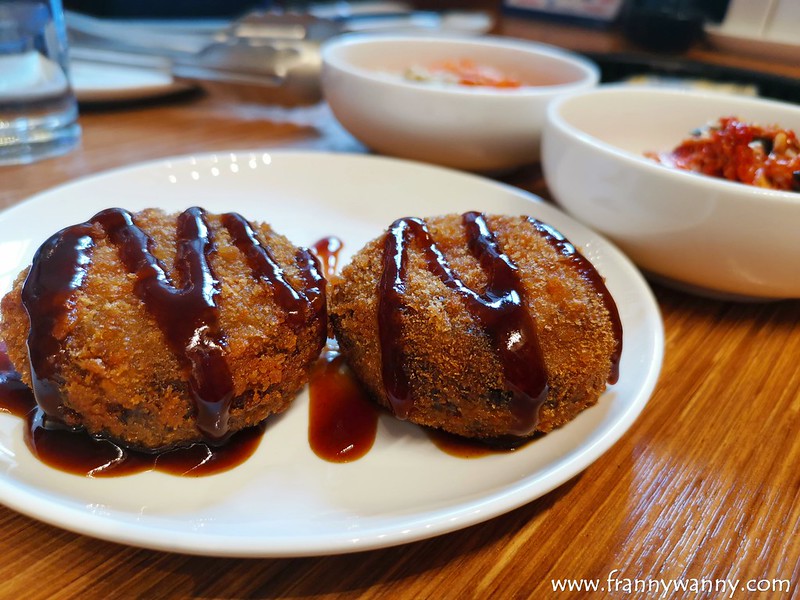 As for me and Paul, we tried the Beef Croquette which I find to be yummy! I initially wanted the twins to try this but they were focusing on their fries that they didn't want to try anything else. *sigh* Anyway, more croquettes for us then! Note that most items are ordered per piece so if you're dining with a big group or you're feeling extra hungry that day, make sure to order more than one.

We also tried the Chicken Karaage which was very good. The serving is really small that I highly recommend you get one order each as you wouldn't really want to share this yummy starter. 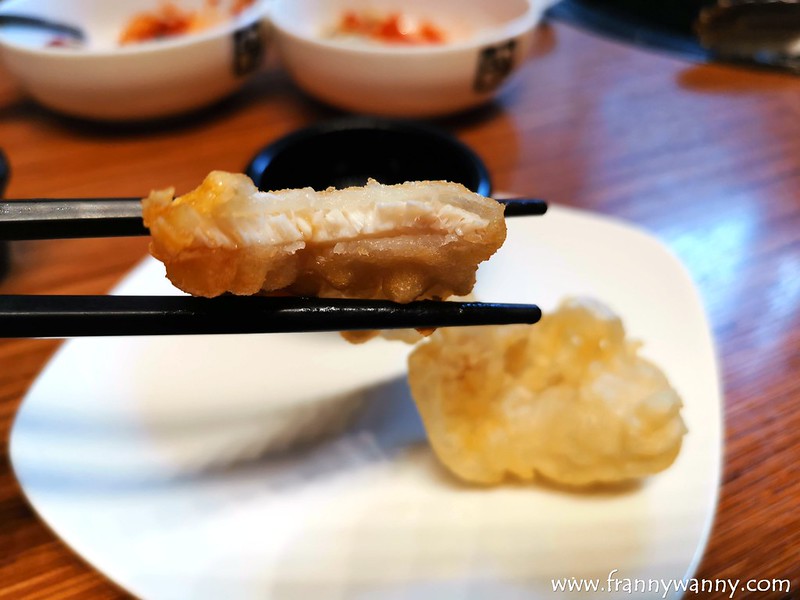 If you love seafood, then you have to try the Fried Gindara. To be honest, it looks like a fish tempura to me as it has the same tempura batter. While I love gindara though, this one fell below my expectations. The cut was too thin and small that I could hardly enjoy the melt-in-your-mouth experience one would normally get when enjoying a slice of gindara.

Anyway, moving on to the stars of the show -- the Premium Meats. There are five types of meats that's part of this promotion -- Brisket Blend, Harami Tare, Harami Shio, Brisket Spicy Miso and Chicken Teriyaki. Yaya M doesn't eat beef so we pretty much ordered all the non-beef items on the menu just for her.

As for me and Paul, we started with the Brisket Blend which was highly recommended by our server. One way to identify the brisket blend is it's thinly sliced with a visible layer of fat. Grill this to perfection and you'll love the crunchy, bacon-like texture of this type of beef. I love how it has a nice sweet-savory blend too. This was actually my favorite flavor and cut among all listed in the menu. I guess having a bit of marbling really makes a lot of difference in bringing out the flavor and making it so soft and tender in every bite. 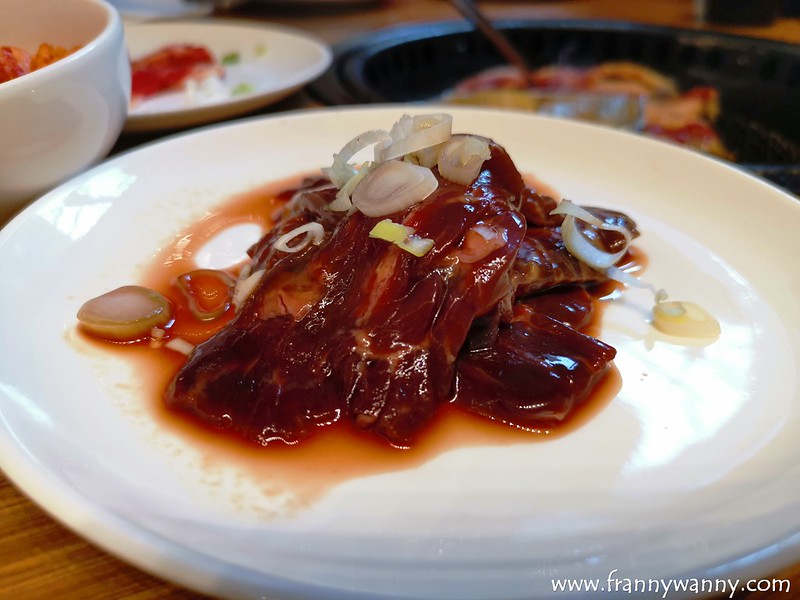 If you love spicy food, then try the Brisket Spicy Miso too. They also have the Harami Tare (sweet version) and the Harami Shio (salty/savory version) . Harami in Japanese means "skirt" (correct me if I'm wrong though) so this is the beef skirt which is known to be really tender too. It has less of the fat though so if you're like my mom who likes her meat really lean, then this is the choice for you.

Yaya M who doesn't eat beef, enjoyed the Chicken Teriyaki . She told us that she love how the meat has a nice sweet taste to it. She had two servings of these with rice and some fried Chicken Karaage. She loves chicken so much that I would tease her that she might start to grow wings later on. 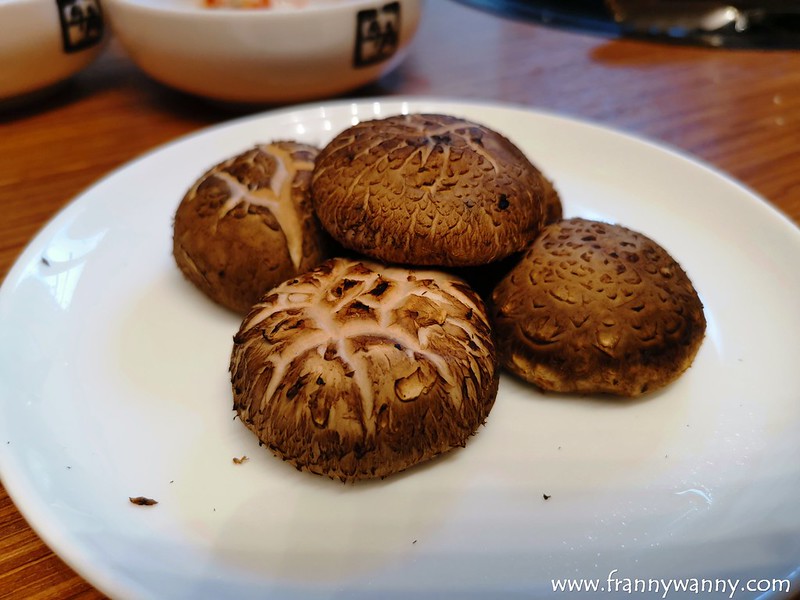 Apart from the meats, I also ordered a plate of mushroom and after grilling it, I took a bite and was surprised at how good it was. It's like a vegetarian's answer to meat. The mushroom as has a strong smokey taste and the texture was quite "meaty". This is why most burger places would replace the beef patty with mushrooms when one doesn't eat meat is because mushrooms can give a good earthy, meat-like bite. I loved it so much that I actually ordered so much of this. The best way to enjoy this is to sprinkle a bit of salt while grilling and if you want more flavor, then just dip it in the same grilling sauce.

Like what I've mentioned earlier, one thing that I was so impressed about Gyu-Kaku is how they have also added in some dessert into their eat-all-you-can menu. This is one thing that not a lot of restaurant offers and I really appreciate that. After all, the best way to end a delicious meal is with dessert. 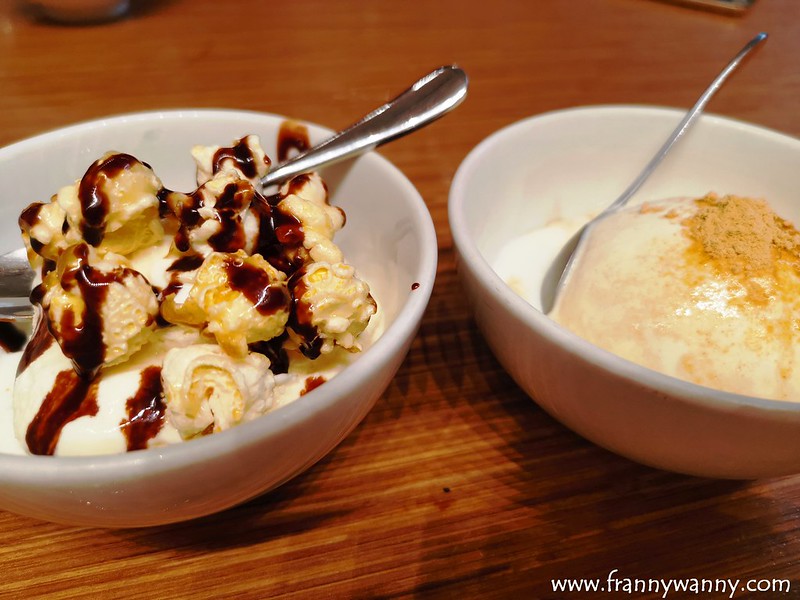 Choose from Gyukaku Ice Cream or their famous Popcorn Ice Cream. As I can't take any corn, I went for the Gyukaku Ice Cream which is a scoop of vanilla ice cream with Japanese soy powder sprinkled on top. It may sound weird but it actually was pretty yummy. As for Paul, he went for the Popcorn Ice Cream and he couldn't stop raving about it. He said it was a delicious creation with the contrasting textures of the crunchy popcorn and the silky smooth ice cream. It was indeed a good way to end a satisfying meal.

Here's one Eat-All-You-Can restaurant that I would love to visit over and over again. With the clean ambiance, the good cuts of meat, the superb service and the delicious choices, Gyu-Kaku is indeed one of our top picks now for All-You-Can-Eat Japanese BBQ.

Visit Gyu-Kaku at the 2nd level, East Wing, Shangri-la Mall, EDSA corner Shaw Boulevard in Mandaluyong City. Like them on Facebook to get the latest promotion.
bbq meat buffet buffet price buffet rate eat all you can eat all you can barbecue edsa shangri-la gyukaku japanese barbecue menu shangri-la mall