Till we meet again, Kongkong

It just felt like a movie on repeat. The entire family inside a hospital room, quietly wiping away our tears, giving each other supportive hugs as we watch the numbers on the monitor slowly going down. One by one, we each walked closer to the hospital bed as we whispered I love yous, thank yous and basically our last messages. Four years ago, it was my beautiful Ama lying on the hospital bed. After a mad rush home from the Lion City followed by a stressful drive from the airport to the hospital, I made it in time to say my final goodbyes to the woman whom I proudly call my grandmother. Together with my parents and my sister, she and Kongkong were the center of my world for 30+ years. Her death brought about so much "what ifs", "if only" and painful acceptance that she's no longer physically here with us. Of course, the most painful of all was to see my dear Kongkong cope with the death of the love of his life. I can still remember it clearly. As soon as the doctors declared her gone, he began to sing 月亮代表我的心, probably one of their many favorite love songs. He was in his late 80s then and I wasn't sure if he fully grasped the idea that Ama was gone. I'd say, he was pretty admirable in coping with grief. He cried, yes. He had expressed numerous times that he misses her. But Kongkong, being Kongkong has always had a positive spirit. He's always such a ray of sunshine to everyone and so he learned to accept the reality without forgetting Ama but rather, he spent every possible minute with the family. 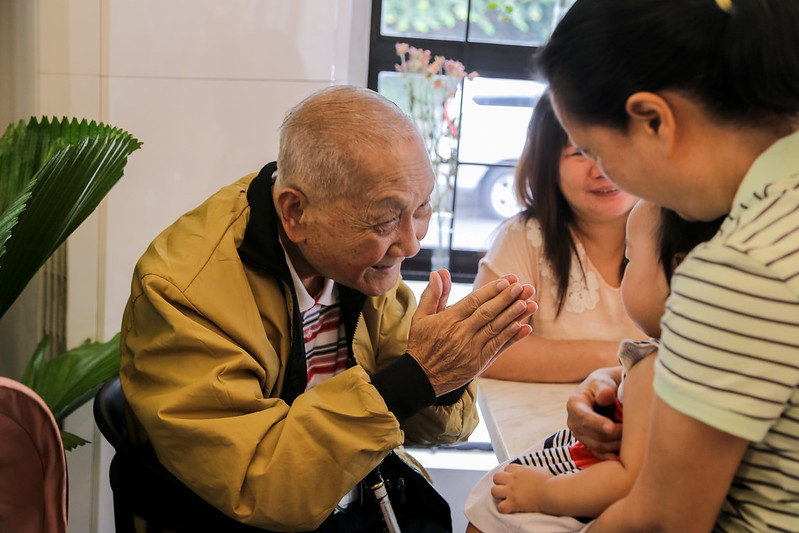 For the past four years without Ama, Kongkong was able to meet his 4 great grandkids. He's always so excited with each arrival that he'd make sure to visit them as soon as he can. I still remembered how he insisted on visiting me a day after I've delivered my twins and he was so excited when Paul wheeled him to the NICU to see them. Months after that, he'd always ask me when will I be taking them to his condo unit for them to go for a swim. Just as doting as he was as a grandfather to all 7 of us, he has expressed his joy towards his great grand kids too and it's no surprise how much they adored him. L, given that she could still barely say a lot of words, knows exactly who Taikong is whenever I would ask her to point to him on our family photos. 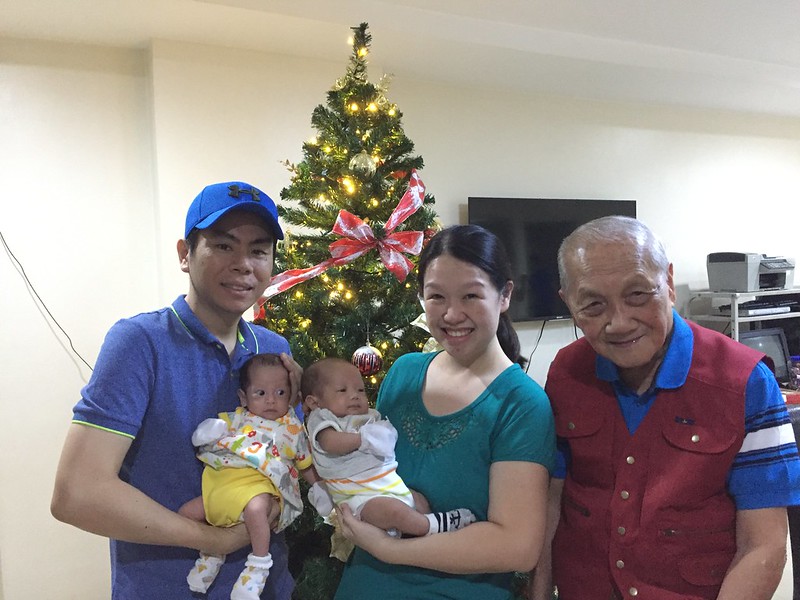 It's been four years since Ama passed away and 2 weeks ago, the whole scenario replayed again but it was Kongkong on the hospital bed painfully gasping for air as his lungs and heart were quickly failing. At exactly 1:15am on Saturday early early morning, we lost the head of our growing family. My Kongkong has joined my Ama in heaven. I always thought that you can prepare for things like these but I was so wrong. I knew Kongkong's health was deteriorating and the doctors honestly told us of what to expect but on those final hour when we knew we were quickly losing him, I even attempted to bargain with the Lord to make him recover and to live a bit longer. That's life I guess... on the hours when you knew you won't see a loved one anymore, you try to ask for a bit more time. A bit more time to eat out, a bit more time to spend quality time with him, a bit more time for him to see my twins grow up and the list goes on. 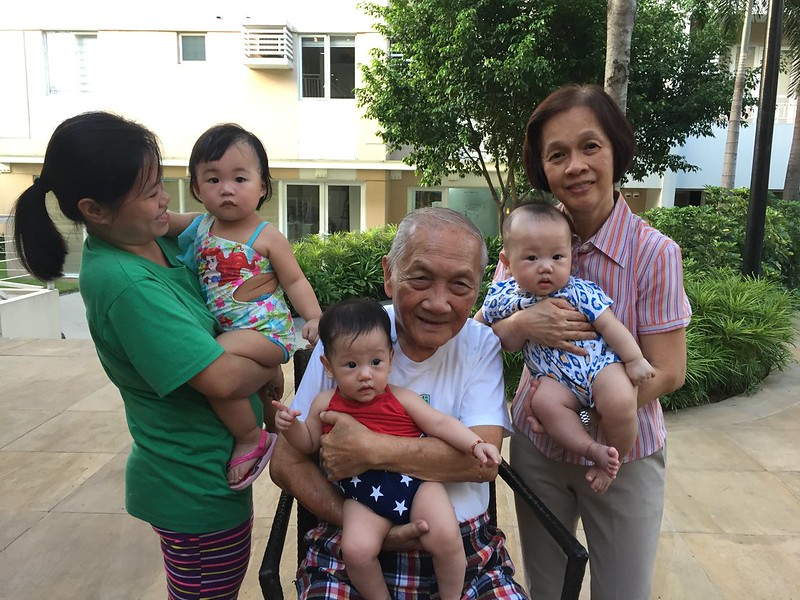 The days that followed felt like a blur. We were physically exhausted but our hearts were so full as we see family and friends who took the time out to grieve with us. Those who passed by during the wake, those who stayed and came back numerous times, those who cried and mourned with us. If there's one thing that I've learned with Kongkong's passing is how well-loved he is. How proud I am to call him my Kongkong and there's only 7 of us who have the privilege of doing so. 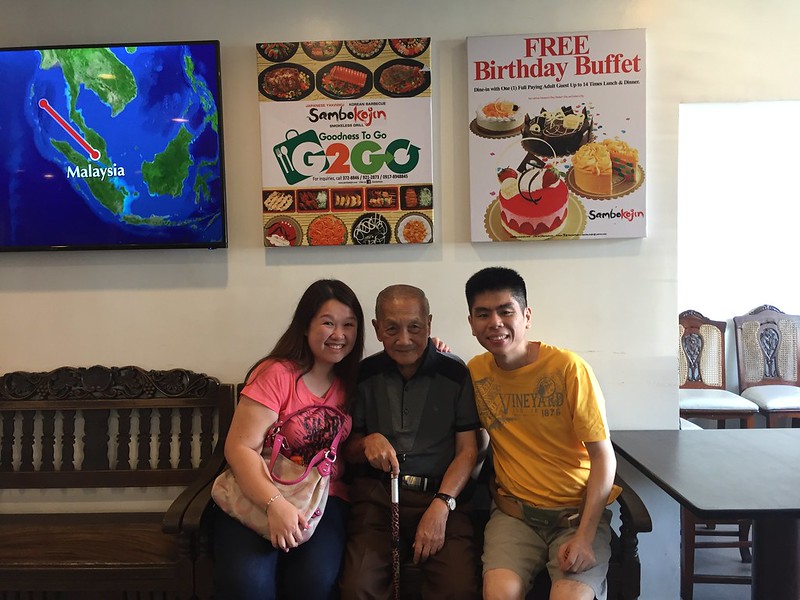 Stories of how Kongkong has took care of someone's dad, how kind he was to someone's family, even his long time driver and sales clerk who have stopped working for him for more than 30 years came to pay their final respects. That entire week, I also saw how our family bonded. We've all been so busy with work and our own dailiy responsibilities that we never really got the time to be together for a long period of time and just as how probably Kongkong would like it, we were all together for one full week and I hope we can continue to see each other more regularly from now on. 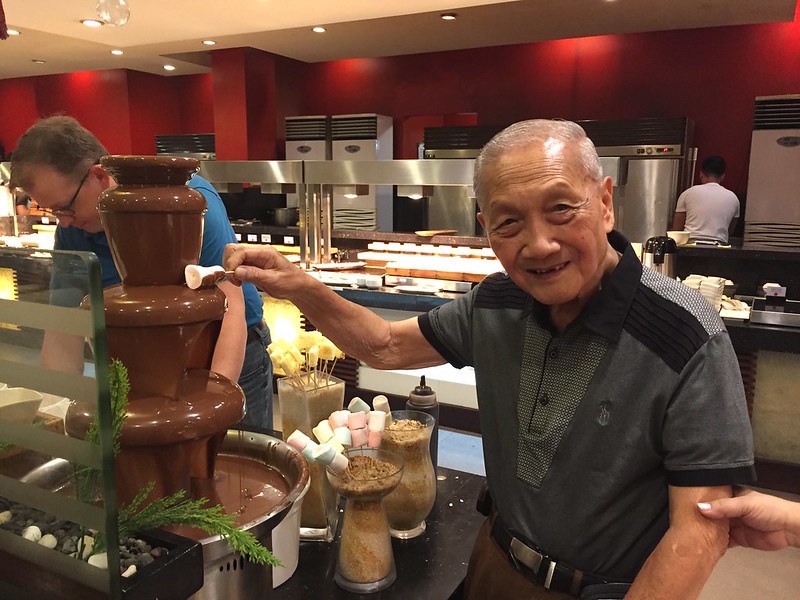 Life without Ama and Kongkong will be so different now. Birthdays and Christmas will feel amiss without their presence. We're all still grieving over our loss but I know someday, we will feel much better. It may take a while but as a family, we will rise again and continue to move on.

I love and miss you, Kongkong and Ama... ♥ Till we meet again.
family kongkong love personal