The Curious Case of Benjamin Button

"I was born under unusual circumstances..."

This was how the story of Benjamin Button began. It traveled far back in the 1920s, just around the time when World War One has ended and a baby boy was born. However, unusual as it was, he was born in his eighties, having the physical appearance of an 80 year old man complete with arthritis and wrinkled skin. His life was narrated by Caroline through a diary given by Benjamin Button to her dying mother, Daisy.

As years go by, we watch Benjamin grow younger while he go through life meeting different people, experiencing different challenges and joys and of course, falling in love with his first love, Daisy (Cate Blanchett).

The movie was simply amazing. Thanks to my friend, Azrael and Warner Bros. Pictures who invited a couple of bloggers to the special screening tonight.

Normally, a good movie would make me shed some tears. Though my eyes were dry tonight, Paul and I still agreed that it was a very good movie and Brad Pitt truly deserved that Golden Globe Nomination. In fact, we both concluded that this movie has really showcased the acting prowess of not only Brad's but that of Cate too.

I won't share much of the story as I would like to urge everyone to catch this on the big screen as it opens on January 7 (Wednesday) instead I will leave you with a couple of snapshots from the film. 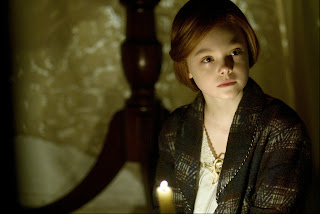 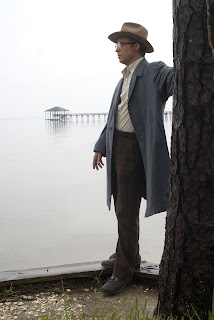 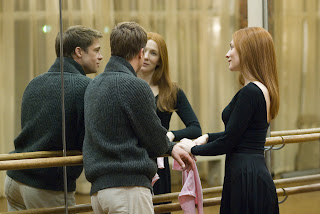 Benjamin Button physically catching up with Daisy
It's a beautiful movie and it would be a waste to just watch it on DVD. Ü
benjamin button movie review the curious case warner bros pictures