After recovering from such a tiring travel for a day, here I am back at the daily grind yet totally excited for the upcoming weekend. My trip to Beijing was short but nonetheless very interesting and inspiring. It was for work and what I love about being able to join work-related functions wherein I get to meet our fellow counterparts is the fact that I get to learn a lot from them. It always gives me that drive to do more for my brands..it keeps me inspired and motivated. That's always a good thing, right?

Well, as mentioned in my earlier post, this was the first time that I traveled on my own. I'm happy to report that I came back in one piece. Though, I sadly caught a bad case of cough and colds from the change in temperature and probably from those white cotton-like particles that were flying around Beijing all four days but I'll be okay hopefully in a few more days. Loading up on Vitamin C and H2O!! 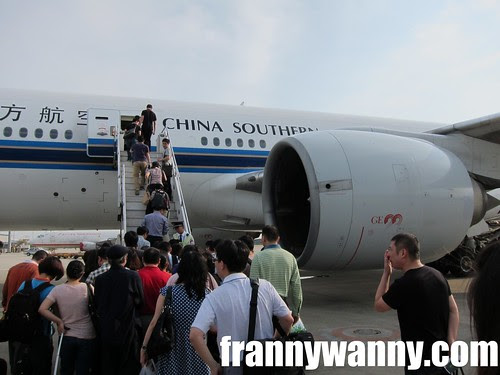 One thing that I look forward to when traveling is the airplane food! Among my favorites include breakfast at Philippine Airlines, the meals from Delta Airlines and the Hong Kong-style noodles from Cathay Pacific. Thus, I was really excited to try the meals served by China Southern Airline and since I'll be flying to Guangzhou before heading to Beijing and to Xiamen before I come home to Manila, I realized that I'll be having a total of 4 meals all throughout the trip. Since I was alone, the ground stewardesses were so kind to give me nice seats. Mostly giving me the aisle seat by the exit row allowing me to have a bigger leg room and the ease to move around every so often.

Service was good as the plane a pretty small. Just about the same size as our local Cebu Pacific with most planes having just six seats in a row. It was only during the Guanzhou-Beijing leg wherein I rode the 747 and we had the 3-4-3 seat layout. Sadly, there was not much in-flight entertainment that's why I just made use of my iPod to keep me entertained all throughout the flight.

Let me share with you what I had during my flights with China Southern Airlines: 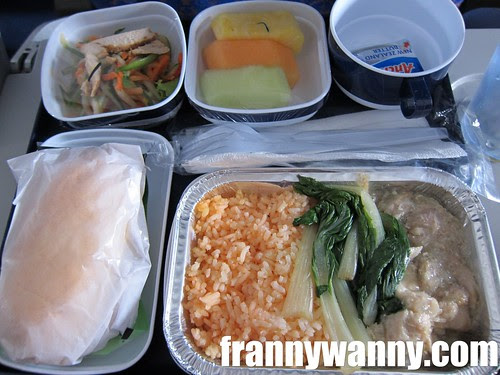 The chicken meat was tender while the rice was pretty *blah*. I tried a piece of bread which was too hard perhaps because it was already cold and the butter really didn't helped perk up the flavor as it was unsalted. I liked the Chicken Veggie Salad though which I added into my rice to make it more delicious. 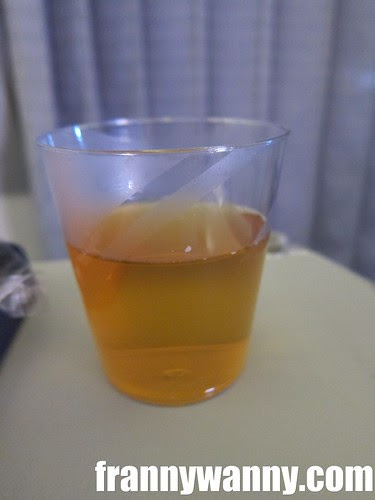 The beef pieces were so few! It had more radish and just about 4 pieces of beef. I loved the Veggie Meatloaf Salad, fruits and their hot tea too! It surely helped ease my nausea during this leg.

I arrived at Beijing a little past 8PM and immediately found my 3 happy counterparts who warmly welcomed me to China. After going through the thorough security check and changing some of my dollars ($) to yuan (Y), we headed out to the carpark where my ride was waiting for me. I got to say, our host really took care of us by making sure our schedules were filled up and we were shuttled from one place to another.

I got to my hotel, the Xizhao Temple Hotel after our 45 minutes drive from the airport. Since I was too tired to go out and search for a place to eat, I decided to just have room service to pacify my growling tummy as I hardly had much beef and rice for the last airplane meal. More about the hotel on my next entry.

On my way back to Manila, little did I know that I would be in for an adventure. It was raining in Beijing that day and most flights were affected as a lot couldn't take off from their point of origin. My plane specifically couldn't leave Cheng Du province which means there's an uncertainty whether or not it would make it to Beijing on that day. I got to the airport a little past 2PM for my 415PM flight. As I got to the designated check-in counter, I was told that we couldn't check in yet as the plane is not there yet. I wanted to go back to Manila as soon as possible so thoughts of taking another plane to get home were considered. Finally, I found a fellow Filipino passenger and together, we waited until 4PM where we were finally given the go signal to check in. Our plane finally took off at 7PM but we were provided with a bento-like meal as part of their compensation for the delay. This was pretty yummy! 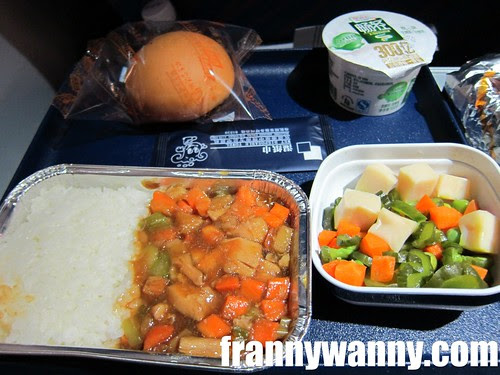 For the Beijing to Xiamen leg, we had Tomato Chicken Rice which was once again disappointing. Luckily, I enjoyed the side salad with Cheese and Chinese Pickles while leaving the peas and carrots untouched. I didn't also bother trying the yogurt and bread anymore. At this point, I'm resigned to the fact that China Southern Airlines do not have airplane meals as one of their strengths.

From Beijing, we got to Xiamen at 10PM and we were told to quickly head to the immigration and customs for our exit stamp. At 1030PM we were back at the plane excited for our final leg back to Manila! Boy, we were so excited! It took the plane forever to move and people were growing anxious. Finally, a voice came over the speakers announcing that the plane won't be able to fly to Manila as the Ninoy Aquino International Airport (NAIA) will be closed from 12 midnight to 5AM. What?!!??! I was in disbelief! How could that be possible as I always arrive past midnight. Could it just be Terminal 1? I don't think so. :( 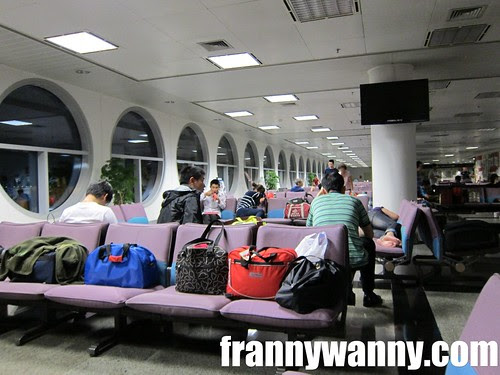 So there we were, back at the boarding gate waiting for time until we can finally go home. A lot just slept while some screamed their lungs out at the poor ground stewardesses. We're really not sure who should take responsibility for this but I feel that there was a lack in communication that happened. Had China Southern Airline have predicted that they will be late as the plane left Beijing 3 hours past the estimated time of departure, it then follows that even the Xiamen connecting flight will be late as well. Were they able to inform NAIA about the change in schedule in the first place? Without this, NAIA could have probably assumed that the flight has been cancelled and there will be no plane from China coming in anymore that day.

People were tired, sleepy, hungry and frustrated. It was indeed a very gloomy environment at the Xiamen airport that evening. I pity the elders who were with us who had to sleep at the hard airport couch. I'm glad though that the ground stewardesses thought of covering them up with blanket. 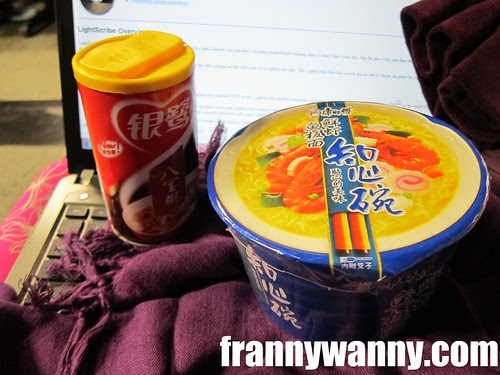 We were provided with a cup of Instant Noodles, some drinks and a can of Chinese Peanut Soup too. As fellow passenger, Mona, would say : "it's food for the refugees".

Finally, a little past 3AM we were told to proceed back to the airplane. This is it! We're going home! I wasn't able to have my last meal as I was just so sleepy to eat. We got to Manila at 6AM and majority of the passengers, like me, were just so happy to finally be home.

Over-all, food was pretty forgettable but the service was okay. Still, I don't think China Southern will be my airline of choice should I find myself heading to China again next time.
airline airplane airplane food beijing china china southern airline food inflight meals pack and go -- travel notes travel