Such a tough question, isn't it?

When it comes to life and most especially for food, yes I do believe in 2nd chances. Can't say much when it comes to matters of the heart as my idealistic self insists that one should let fate and destiny take its course and the right thing happens at the right time, at the right place. For life in general though, I always believe that everything deserves a second chance and more often than not, it comes out even better than what we've expected.

Let me tell you a short story...

Not so long ago, my colleagues invited me out for lunch at one of the newly transferred Mediterranean place near our office. I'm such a fan of this type of cuisine being a regular visitor of Arya back in Manila. How I miss my lamb kebab, basmati rice and hummus! It wasn't hard to convince me and so we went for our first lunch out at Urban Bites Mediterranean Cuisine.

Browsing through the menu, I have to admit that the prices for the main dishes are quite pricey as most are worth S$20 and up. We're used to quick and casual restaurants offering meals around $10-$15 only. It's a good thing D spotted a tabletop signage promoting their Lunch Special worth S$15. Alright! 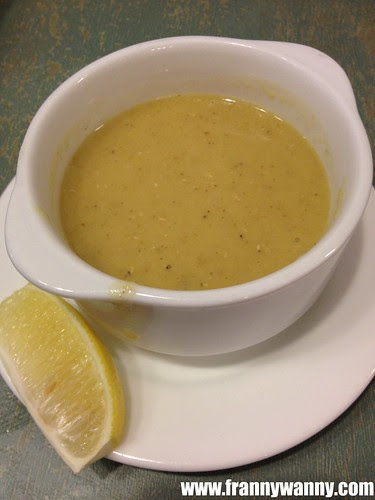 The Urban Bites lunch special came with a bowl of Lentil Soup, your choice of entrees either Mix Grill Plate with Basmati Rice or their Special of the Day. Lastly, you get a piece of Dessert to end your meal. That day, we decided to get that and I have to say, service was quick.

The Lentil Soup was very delicious more so when I squeezed some lemon into my soup. So creamy, a bit tangy and really yummy! I can have this everyday! 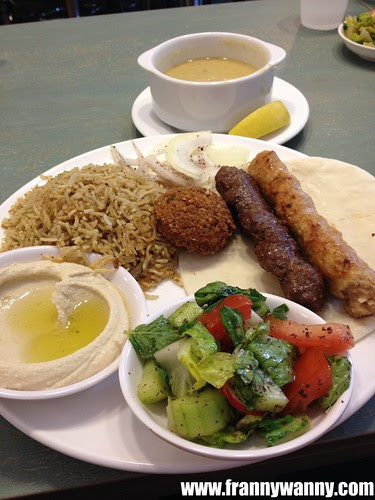 I love getting the Mix Grill Platter simply because it has everything that I love -- Lamb Kebab, Chicken Kebab, Basmati Rice, Pita Bread, Hummus and Falafel. It's such a huge and filling plate that I wouldn't mind sharing this with Paul when we get to dine there together. The Lamb Kebab was tender and has zero odor nor gamey taste as all. The Chicken Kebab was surprisingly juicy as I was initially thinking it might be bland and dry as it's grilled chicken after all. As for the carbs, I love the basmati rice and I feel that they're very generous with the portions too. A bit too much that I normally would just have my pita bread wrapped because I couldn't take in another bite. Given that, I would happily enjoy my hummus with the kebab and as a dip to the crunchy falafel. Yum yum yum! 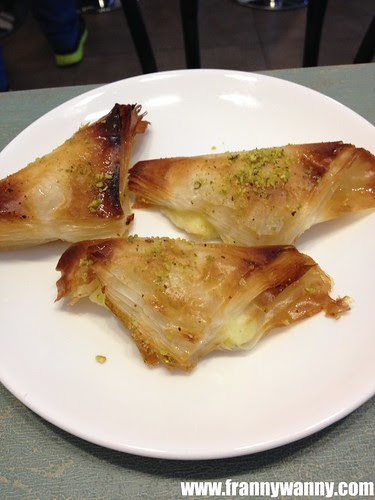 Dessert was pretty ordinary. This changes everyday depending, I guess, on the availability that day. I just had a bite of the puff pastry filled with cream and left the rest on my plate. Not a big fan of oily and cream desserts.

Now, here's where the drama happened: Halfway through my meal during our first visit, I asked for some garlic cream sauce and I was taken aback by the snooty Filipino server who obviously had no idea that I was also a Filipino and told her companion "oi bigyan mo nga ito ng garlic sauce, hingi ng hingi." At some point, I felt my blood boil as for one, I only asked for it once and I was really turned off by her rudeness.  Well, she later on had the shock of her life when I talked to her in Tagalog. Bwahahaha! Now now...what's the moral lesson of the story?

Well, after that I somehow swore that I'm NEVER going back to Urban Bites because of that rude server. To make things worst, she never told me that there was a charge for the sauce and I ended up paying S$5 for a small saucer of garlic cream sauce. Argh! What a rip-off! 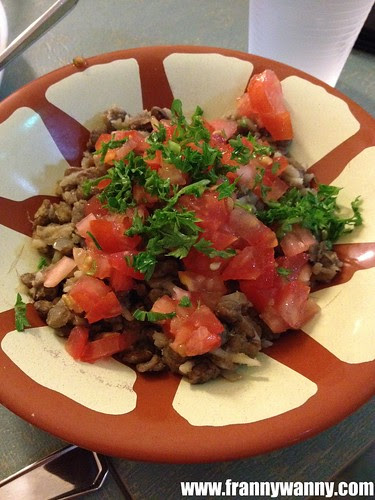 I guess, I ate my words and found myself back at Urban Bites months after. In fairness, I really tried to stay away from it had it not been for the persistence of my colleagues. We went back and I ordered the same thing but totally avoided the Garlic Cream Sauce this time. I also tried the Mujadara (S$7) which is a savoury lentils and rice salad cooked with herbs, spices and topped with tomatoes and onions. It's light, healthy and really good. It was my colleague G who first tried it and ever since I had my first taste of the Mujadara, I would make it a point to order this in every visit. 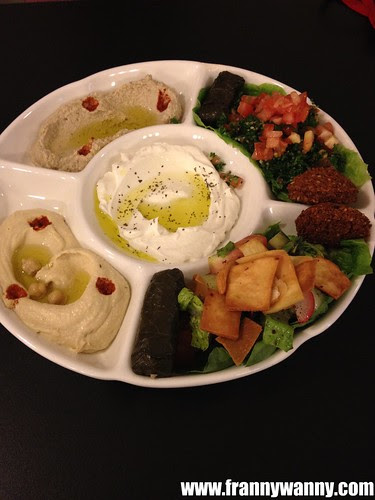 Whenever I get to dine with a group, we would get the Mezza Platter (S$22) which I think is such a great deal. It's a HUGE round platter filled with a mix of Lebanese finger food and appetizers. All comes in pairs (yes like the animals in Noah's Ark hehe). A serving of hummus (chickpea) in one side, some moutabal (eggplant) in the other, falafel patties, delicious labneh (yogurt dip), fattouch, my favorite tabbouleh (parsley salad) and warak enab (glutinous rice wrapped in vine leaves). They have also added in some house salad too. Normally, we would order a basket of pita bread to mop up all the hummus, moutabal and labneh.

I've been to Urban Bites almost ten times since that bad first visit and even brought a couple of new loyal patrons too! The server has mellowed down greatly and so far service has been better since. I just hope they stay consistent towards other customers as well. I just hate seeing a promising restaurant go to waste when they have really good food but a terribly awful service. I'm glad that I gave Urban Bites not only a second chance but at present, a total of 9 chances already and I'm pretty sure there'll be more to come!