CONTEST ALERT!!! : Cooking from the heart with King Sue

I can't believe it has been a year since I posted this update on Facebook. I still remember it clearly, we were on our way to the airport when I wrote this post. With emotions filled with uncertainty, excitement, anticipation and a bit of hesitation (as I didn't want to live more than a thousand miles away from my family), Paul and I opened a new chapter in our lives in a foreign land with just a handful of friends around us.

Look at us now. 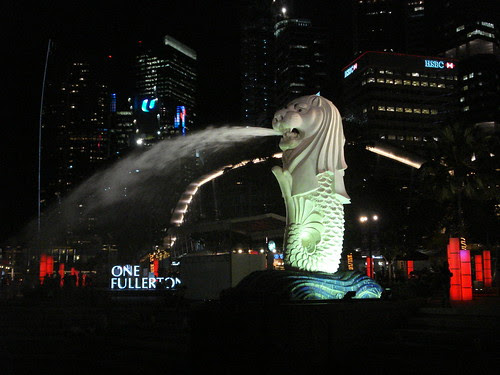 365 days after, we are able to smoothly adjust into our new home called Singapore. Slowly but surely, we've mastered the long walks, the public commute and was able to gain new friends too. It was surely a fun year and I have to say, it's simply because we went through this journey together.

Looking back, February has always been an eventful month in our relationship. It may be the shortest month in the year but it's one that brings so much good memories for us. February was the month when Paul asked me to be his wife, it was also the month when we both travelled to the US, which to date is one of the best vacations that we've had so far. Then there's our yearly Valentine's Day celebrations.

To the world, February is the month of love. I always believe that one doesn't have to be "in a relationship" to celebrate this day filled with reds, pinks and a million hearts. Valentine's Day is when we should take time out to recognize those who continues to inspire us every single day. It's the time to say those three special words (read: I Love You) to the ones who mean the world to you. Love is meant to be shared all around us, don't you agree?

Paul was never the overly showy kind of guy. Friends and close relatives would notice that we rarely would hug or kiss each other in public. Aside from our decade-old term of endearment, Paul is not the kind who would shower me with a room of roses nor would he launch out-of-this-world surprises too. However, this doesn't mean he loves me less. It's true, I admit I used to complain that I wish he'd be a more dramatic Romeo but I've come to realize that love need no words or even a bouquet of flowers to be felt. Clearly, he has been my strongest pillar ever since we became together. He has been there through all the ups and downs, ready to hold my hand when I'm scared and would quickly kiss my wound knowing that I'm in pain. Everyday, I would excitedly come home ready to share how my day went with him. Whenever he knows that I had a tough day, he would prepare one of my favorite dishes to cheer me up. If that's not love, then I don't know what else is.

Ready for a quick giveaway? 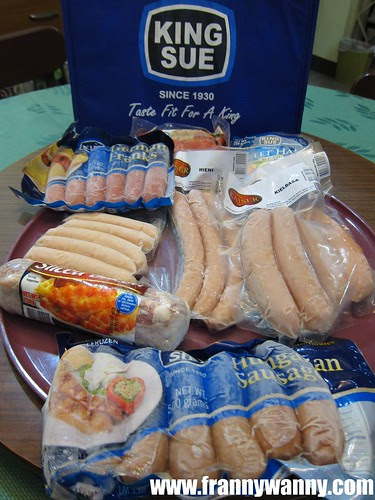 King Sue Ham and I believe that the way to ones heart is through his/her heart. It need not be a fancy degustacion meal but one that's created with so much love put into it. To celebrate the love month, I'm giving away a special King Sue gift pack filled with the following: German Franks, Hungarian Sausage, Sliced Bacon, Hawaiian Ham, Sweet Ham sliced, Pork Tocino and Chorizo Bilbao. The lucky winner will receive all these!

Here's how to join:

- Contest runs from 11 February to 23 February 2014!
- This is open to all readers in Metro Manila as King Sue will be delivering the frozen goods to your doorstep.
- The winner will be announced through this blog, via Facebook/Twitter and will be notified via email.
- There will be a 30 day waiting period to be given for the winner to respond. Should no response was received, we will choose another winner.