- February 06, 2015
One thing I love about Singapore and more importantly the people in Singapore is their ability to queue up orderly. No kidding. I believe that the secret to a country's success is the people living in there and seeing how disciplined and organized everyone is here, it's no big surprise to see that Singapore is one of the fastest progressing country in Asia. 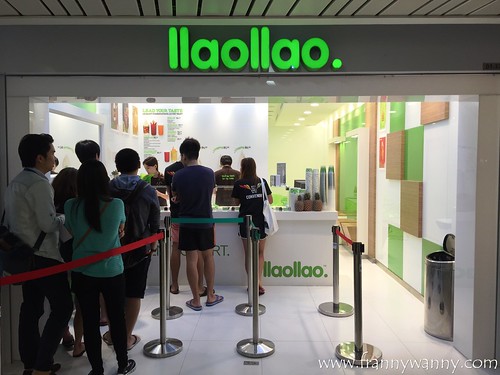 Queues are normal. Wherever you go in the world, you'll see people queueing up to purchase something -- food, tickets, bags, clothes...anything! There's also always a queue inside the loo! However, it's how people react to queue differs greatly. I've witnessed people jumping the line, cutting queues, creating their own imaginary queue in another country and I can't help but notice how this kind of mentality affects the progress of the country. Anyway, enough political talk and let me go back to FOOD.

Since late last year, there seems to be a new food trend that's quickly taking Singapore by storm! It's the return of the frozen yogurt and soft served ice cream creations. Shops specializing in these two products have been attracting queues day in and out. Enter llao llao. Pronounced as yow-yow, it originated in Spain and is actually the #1 frozen yogurt brand in Europe. What makes it different from the many yogurt brands out there is that it says to make use of skimmed milk thus making it a healthier alternative vs. those using full-creamed milk. llao llao Singapore is the 2nd market to open in Southeast Asia, Thailand being the first. 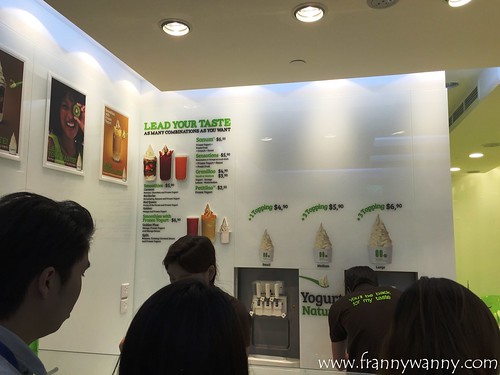 I've been wanting to try llao llao since it opened in 313 Somerset but I really have no patience to queue up for half an hour given that I'm most probably at the mall to do a couple of errands. I thought of letting the craze die down and wait for the queue to shorten but it has been months since it opened and the queue was still as long as ever. Luckily, the folks behind llao llao were awesome enough to quickly open more branches all over the island. Finally we got one that's just right behind our home. Isn't that cool?

Not everything on the menu was available when we went as they have just recently opened but I'm glad that the Sanum (S$6.50) was available. Yipee! This was the one that both Paul and I were eyeing to try as it's such a pretty tall cup that looks like a fruity parfait...only better. 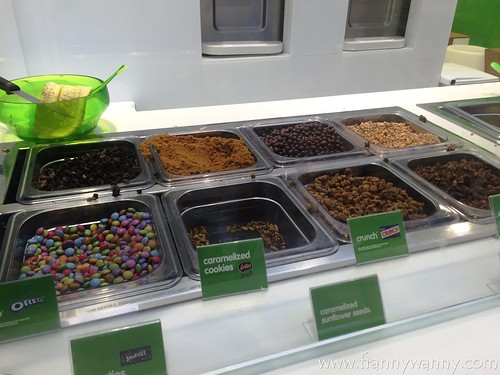 Next you choose your crunch. I know, it's supposed to be a healthy alternative but you'll definitely find it hard to say no to adding some Oreo bits or perhaps some Nestle Crunch balls. We got some chocolate cookie bits instead. 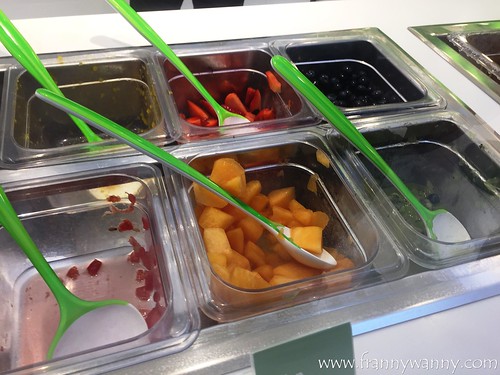 Following that, you go for your fruits. We were able given 3 choices but since we both love strawberry, we got two scoops of that plus one scoop of blueberries.  As you can see, they were pretty much out of the fruits due to the crowd that went before us. Don't worry, they replenish pretty quickly I've noticed. 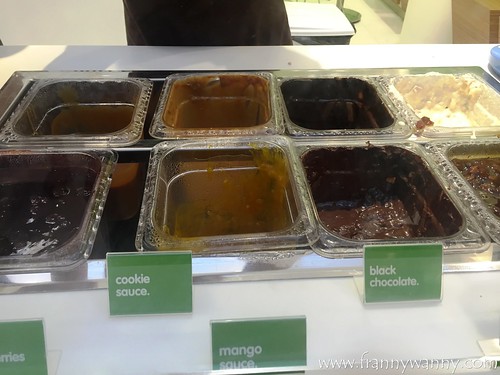 Last step is to pick your sauce. We tried the mango sauce to seal our fruity yogurt deal. You can also try the cookie sauce which looks like my favorite Speculoos spread. 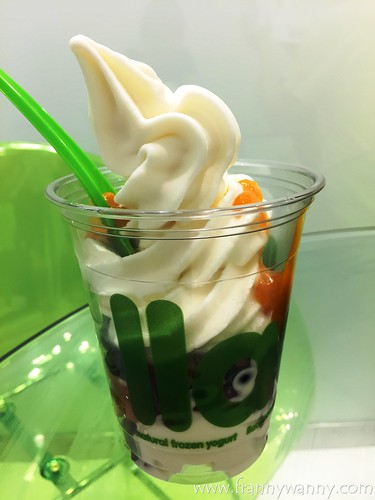 There you have it! Look how pretty and colorful our cup of Sanum was. The yogurt was velvety smooth while the fruits and sauces perfectly complemented it. We were really happy with our creation. It's interesting to note that frozen yogurt has been around for decades but it seems like with all these non-stop improvement and innovation, it will be here to stay. I'm happy about that though as I can't live without my frozen treats.

Check out llao llao at any of these 11 stores (and still counting)! I do hope it will continue to expand all over Singapore. ;)
313 somerset dessert food frozen frozen yogurt fruits kent ridge llao llao sanum singapore skimmed milk yogurt