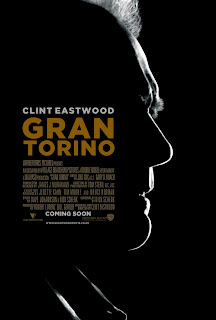 At first I thought it was an action film. I braced myself for lots of gory scenes and bloody fights. I was wrong. The movie talks about racial discrimination and a man who sticks by his principles no matter what or how much it will cost him.

Meet Walt Kowalski, a Korean War veteran who is always misunderstood by his neighbors and family members. As a retired auto worker, his day is filled with regular trips to his barber, bottles of beer and packs of cigarettes. He trusts no one except his dog Daisy. 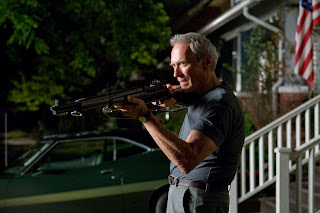 He's your typical grouchy old man, wearing deep creases on his forward and a big frown on his face. He never interacts with his immigrant neighbors and often finds criticism in them.

This was his life every single day... up until the night a young shy boy named Thao was pressured by a group of Hmong gangsters to to steal his '72 Gran Torino. Luckily, his Gran Torino was still intact but he earned the respect of his neighbors after protecting them from the gangsters. 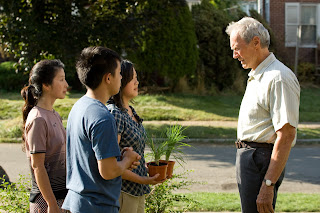 He was befriended by Thao's sister, Sue who shared with him stories of their past. As the days go by, his layers of hostility peels of and he learned to accept his Asian neighbors.

I really applaude Clint Eastwood for portraying the role of Walt Kowalski perfectly. It's a very nice movie that talks about certain social issues on crime, peer pressure and racial discrimination. Sadly, word has it that this will be his last movie as an actor.