- April 29, 2014
O's birthday is coming up and he decided to celebrate it with the Normanton kids (NKids) a little bit earlier. So one Sunday, we traveled to the west *background music: Go West by Pet Shop Boys* to have lunch at the new Westgate Mall. It was our second time here and I really like this mall a lot. While the zoning was a wee bit confusing, I just love the good mix of restaurants that you can find here. There's Tim Ho Wan, Ippudo SG, Paradise Dynasty, Miam Miam, my favorite Poulet, Tsukada Nojo and Skinny Pizza to name a few. 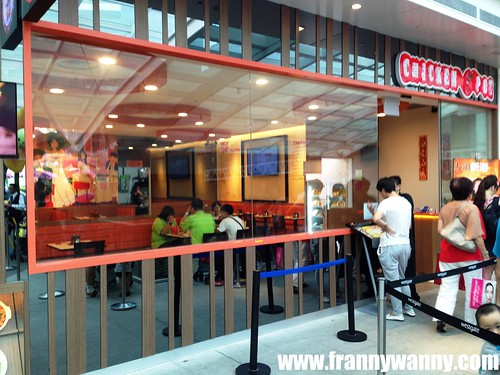 One thing about the Nkids is that we are all up for trying out a new restaurant every time we go out together. So on this special day of O's, we tried Chicken Hot Pot which is a franchise from Shanghai, China. As the name suggests, this restaurant specializes in hot pot which is also known as shabu-shabu or steamboat. However, what makes it different is that the pot comes with a whole lot of meat and less soup initially. After you get your first round of serving then they would generously pour in more soup and they would refill your pot up until you wave the white flag and say stop.

There are four kinds of Hot Pot available -- Chicken, Prawns, Beef and Fish. We got 3 to share among the 5 of us. Here's what we got: 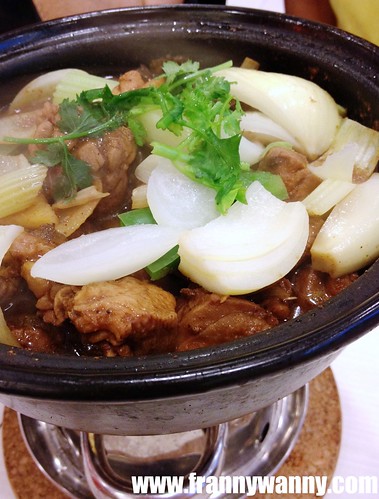 Chicken Hot Pot (S$15.80 / S$19.80 / S$23.80)
Bite-sized chicken pieces cooked with flavorful dark sauce and veggies. This reminds me of the traditional Claypot Chicken minus the rice and is slightly similar to our Filipino chicken adobo too. Somehow we had a hard time grasping the concept of turning this into a soupy treat. Well, what do you know?! As soon as we asked that more soup be added, it was actually very good that we had about 5 refills of the soup. It goes so well with rice too! 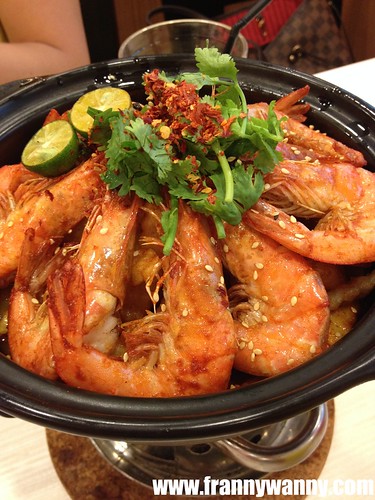 Scandalously Spicy Shrimp (S$15.80 / S$23.80)
I initially thought I wouldn't like this one because of its intimidating name. I am not a fan of spicy food but who would have thought that this was actually my favorite among the three. I love the spicy, coconut-y Tom Yum Soup broth! It would have been perfect though had they added in fresher prawns as it tasted quite mushy which is probably due to it being stored in the freezer a bit too long. At the bottom of the pot are hand-cut fries which eventually turned soggy but was still good as it soaked up all the Tom Yum flavor. Yum! 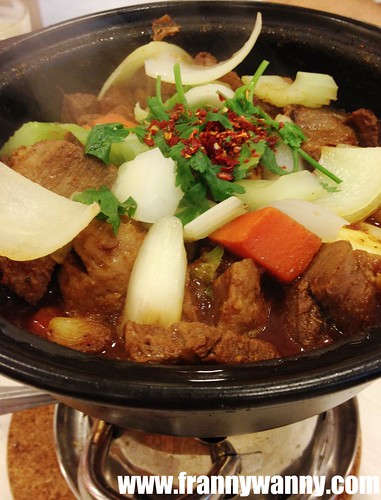 Beef Behemoth (S$16.80 / S$25)
Tender cut of beef with a generous serving of vegetables. This one reminded me of the Korean Beef Short Ribs (Kalbi Jim) only it had a more oriental flavor brought about by the coriander, onions and celery. The guys loved this and I'd say the amount of the beef in this pot made it so worth it! 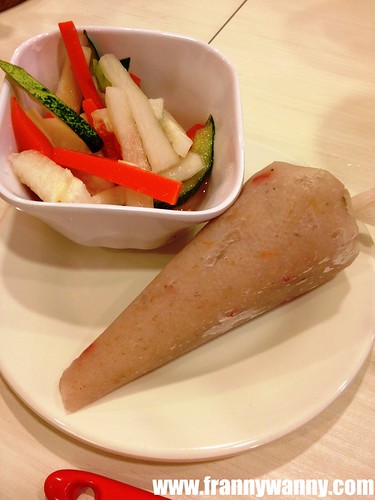 O got us a set meal which came with a piping bag of Chef Homemade Shrimp Paste. It was fun creating tubes of shrimp paste on our three soup pots but flavor-wise, it was a bit bland. Nothing amazing about it, sad to say. 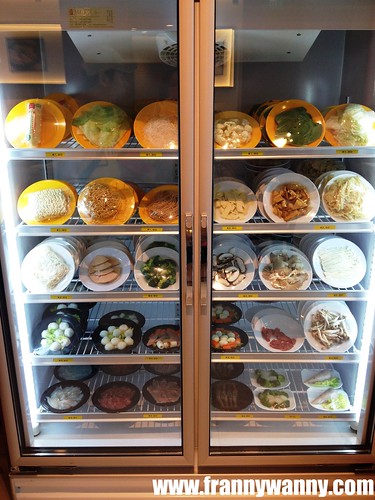 For those who wants more veggies or meat, you can just pull more out from the chiller found at one side of the restaurant. Each ingredient was marked complete with its specific price.

It was a fun experience to try a new kind of hot pot. This is perfect if you love anything really flavorful as each kind will give you a strong kick of flavor and even some heat depending on how much you can take.