- September 23, 2016
"Motivation is what gets you started. Habit is what keeps you going."

My fitness journey is pretty much a long-running one. I began working out at the age of 14 when my parents decided that I can't be that big, chubby kid who lives an incredibly sedentary lifestyle. Back then I was weighing close to 160lbs and that's considered obese for a 14-year-old. With daily swimming classes over the summer break and daily gym workout, I entered my junior year in high school at 145lbs. Not exactly skinny but the shape of my face has transformed from what used to be a perfect circle into one that thankfully has a more defined jaw line. This was also the time that I got into the habit of going to the gym and eventually frequenting the classes, trying out new routines every so often and making new friends too. Would you believe that once upon a time, I used to train for weightlifting and I used to be a regular Body Jam student too? 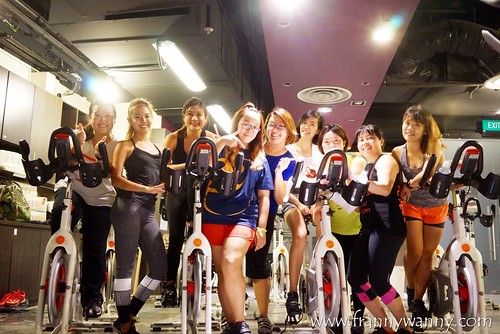 I'd say that from that point on up until my entire college years, I was at my fittest. Not exactly skinny but I definitely was far from my obese 14-year-old self. Then after a year of working, I started to let myself go. Gone were my daily gym sessions and this was replaced by nightly dinner outs and eventually blog dinners, midnight snacks and later on, I got so addicted to eating that I just turned a blind eye at the weighing scale. Before I left for Singapore, I was back at my heaviest again and since I was no longer a teenager, even my over-all health was showing danger signs too. Moving to a new country has forced me to move more often. Obviously, I won't be able to get around if I refuse to walk. Since we have no household help, Paul and I have to learn how to cook more and so we began to be more conscious of choosing the healthier stuff and to control our portions too. I won't lie. I still love food and I still love to eat but I'd say that one thing that has changed is that I now know when to stop and when to say no. 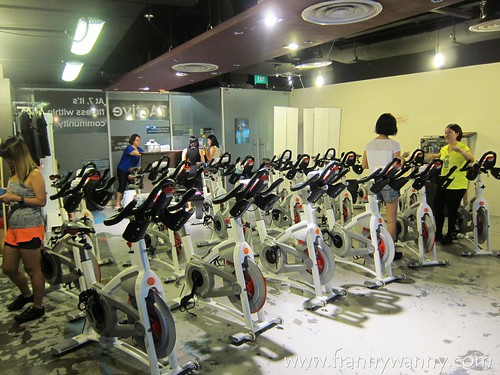 Then, a year ago, my sister convinced forced me to take a challenge where the both of us have to get healthy and in a better shape for her wedding. I initially declined as I knew that my sister will definitely win. If you know my sister, you'd agree with me that she doesn't really need to get in any better shape given that she's blessed with a petite frame just like Mommy. However with Paul's support, I agreed and the first thing I did was to get a 2-year gym membership. It was then that I discovered indoor cycling thanks to my former flatmates C and I. Trust me, had it not been for them, I don't think I'd have the courage to try it out as I've always thought that it's really tough. I can still remember my first class and how I struggled to catch up and eventually ended the class with a puddle of sweat under my bike. I didn't stop then, that first class led to another and another until today where it has been more than a year of regular indoor cycling. To say that I'm in love with indoor cycling is an understatement. It's something that I look forward to and it just brings so much happiness to me even after a long busy day. So, when I got an invite to try out 7Cycle's Pop Up Class at AXA Tower in Tanjong Pagar, I didn't even hesitated and said yes right away. 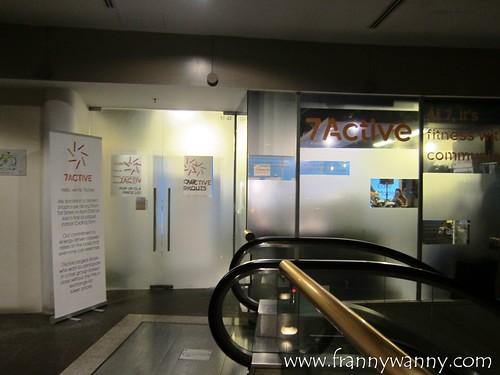 The main studio is actually in Bukit Timah but I'm so happy that they decided to offer classes in this location that's right at the middle of most offices in the Tanjong Pagar area. They run one class per day which I think is just enough for CBD people like me. I got there pretty early (am I excited or what?!) and had the time to look around the makeshift studio and to set-up my bike. I also met Louise who was our instructor that day. She has been doing indoor cycling for years and began teaching last year. 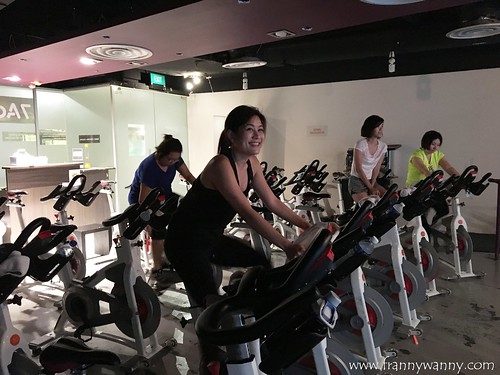 Of course, I just had to invite my friend and cycling buddy I to join me as cycling alone is definitely not fun. I has been doing indoor cycling for a long time and she's actually more disciplined than I am as I don't think she has ever stopped doing this for the past two years. She doesn't know this but her determination motivates me to keep on going.

We took the 7Cycle Active Road which was a 45-minute class where we did several routines to go with every song played where we did speed, endurance training and core workout. I think Louise was having some Kylie Minogue hangover so it was mostly 80s-90s tunes played that day. Definitely not complaining as I love the songs that she chose. After all, for indoor cycling, music plays a big role.

45 minutes went by so fast and before we knew it, we were always cooling down and doing a lot of stretches. Aww man! Times surely flies when you're having fun. It was indeed a fun ride and I love how small the class was making it more personalized, if you get what I mean.

Going back to my fitness story, it has been close to 2 years of working out and I really hope that finally, this is one routine that will stay with me forever. I still have a lot of muscles to build and fats to shed so I hope I continue to keep this habit for a longer period of time. Wish me luck! 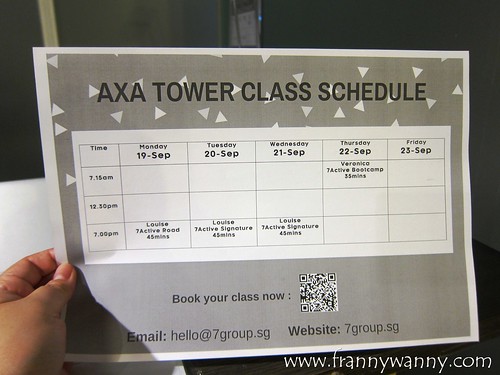