Popeyes Louisiana Kitchen is back in the Philippines!

September 05, 2019
I really love how more and more brands we love while residing in the Lion City are also making their way to the Philippines! Case in point, fashion and home-wise we got H&M, Muji, Uniqlo, Forever New and even Pottery Barn present in some of the biggest malls in the country and when it comes to the food scene, oh we got a lot! There's Kam's Roast, Ippudo, Llao Llao, Pezzo and just recently.. Popeyes made a comeback!

The opening of Popeyes clearly stirred a lot of excitement as we've been seeing numerous board ups all over the metro yet there's really no specific announcement made on when it will open. Finally, its first outlet in Arcovia City opened its doors in May and we've been hearing about the long queue and the wait that can go on for an hour. With my kids in tow, I really don't think it would be wise to join in the long queue so Paul and I decided to wait it out a bit more. Finally, sometime in July, we found the perfect opportunity! It was for a late weekday lunch and true enough, there were zero lines! Yay!

We were really planning to do some grocery shopping at Landers in Arcovia City and instead of going for our staple Landers Pasta and Chicken, we excitedly walked towards Popeyes hoping that our lunch won't disappoint. We had a Popeyes store just a few blocks from our condo in the Lion City so we would have random, fried chicken dinners when our schedules got really hectic and we didn't had the time to cook. My favorite has always been their cajun rice, coleslaw as well as their freshly baked biscuits drizzled with honey. Also, the Popeyes in Singapore would regularly send residents in the area lots of discount and promo coupons so I'd always make it a point to keep a copy in my bag just in case I need to grab some take out before heading home. 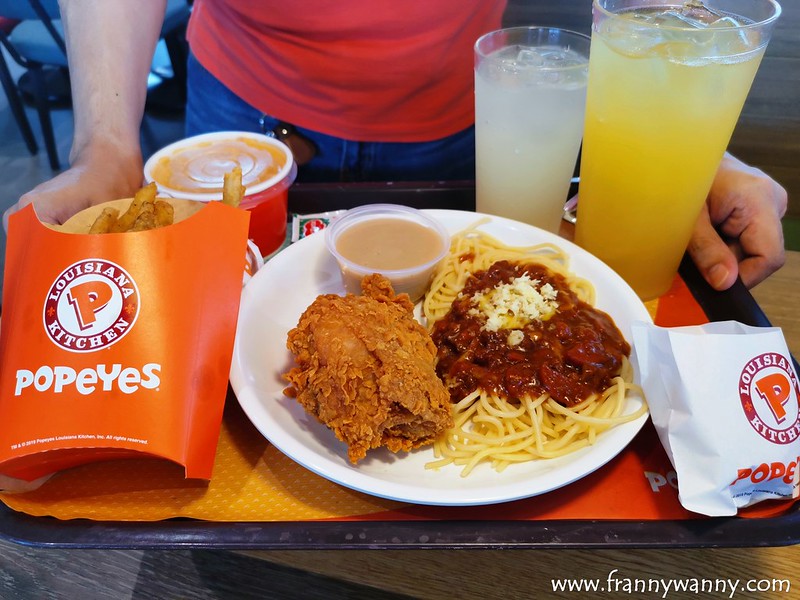 It was easy to get a table and the queue at the cashier was quick and short too. I think it was indeed our lucky day. Checking out the menu, I like that they've localized the line-up to adhere to the local taste. For one thing, they got spaghetti also the price is very reasonable that you can easily get a full meal for less than P150. Add a few more and you get yourself a bowl of soup and ice cream for dessert too. 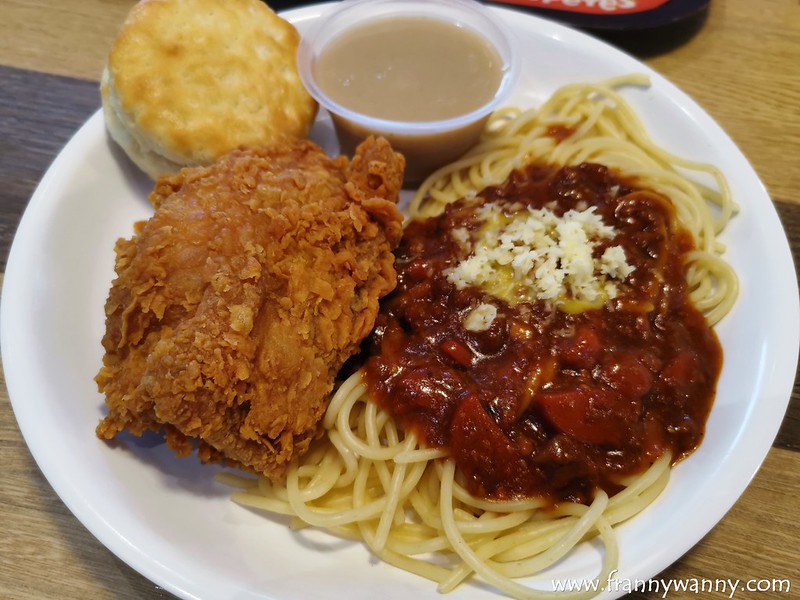 Since lunch was super late that day, I was feeling rather famished so I went for a set meal with 1 pc chicken, spaghetti, biscuit and drink (Php. 145). Yay! Definitely a meal for a Pinoy spaghetti-loving Popeyes fan!

I love how my chicken was so crispy outside and incredibly tender and juicy inside. I appreciate how my chicken thigh was quite big in size, something you'd rarely see in most fast food chains nowadays. Some would even just give you a piece of wing or worst, chicken ribs. The spaghetti's portion was also considerably generous that I happily shared this with Paul for him to try as well. As for the biscuit, I think they can definitely do better. I felt it was a bit too dry that not even the honey could keep it together from crumbling into my plate. The biscuit is one of Popeyes' signature menu item so they really need to improve on this ASAP. 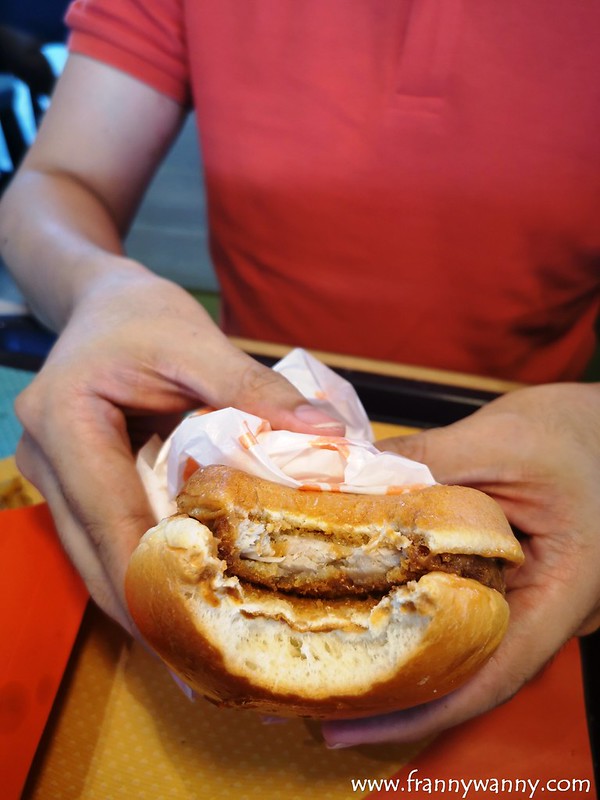 Moving on to Paul's order, he got the Chicken Burger meal (Php. 92) together with a bowl of Creamy Crab Soup (Php. 50). He said the chicken burger was a bit too small to satiate his hunger but taste-wise it was good. He didn't realized that there's a bigger version of the Chicken Burger called the Chicken French Quarter which had more toppings and would probably be a more filling version of what he got. Well, there's always a next time. 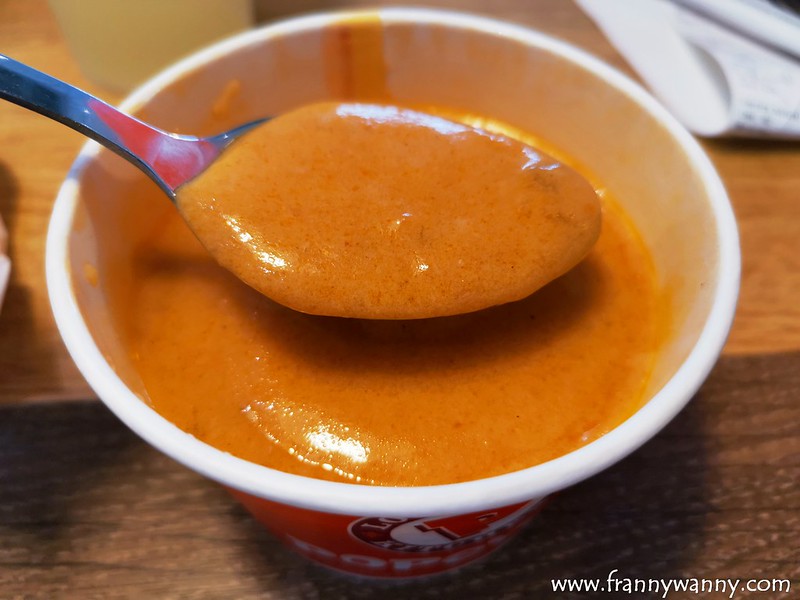 The Creamy Crab Soup was also worth trying and I think little kids will love this too! We also got to try their fries which I think is one of the best in town.

Over-all, we enjoyed our trip to Popeyes and we will definitely be back hopefully soon.