April 12, 2013
I think the title should actually be, "New Ramen on the (East) Wing!" I'm talking about the newly opened East Wing of the Shangri-la Plaza Mall which Paul and I were lucky enough to visit during our quick return home last month. I can't believe how fast things can change in the span of a month. We were just away for a month and when we got back to Manila there was the new Shangri-la Plaza wing as well as the New Glorietta Mall in Makati. I can't wait to go home and see what's new in the coming months. 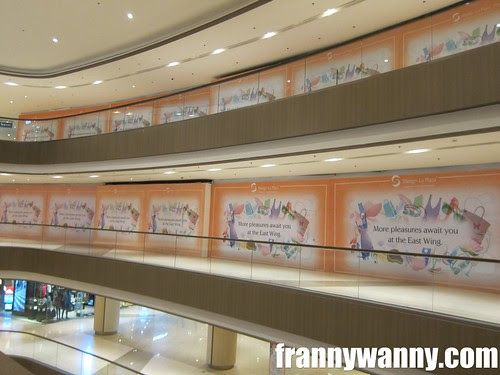 Given that we only have a few weeks in Manila, of course, majority of our time was dedicated to our families and about 30% of our time were spent bonding with our closest friends. As much as we wanted to meet with everyone, there were basically just 3 meals in a day and 7 days in a week. Nonetheless, we were so happy to see the friends who have been checking up on us eversince we got here. This act may be nothing for them but it means the world to us. A single text message via iMessage, Viber, WhatsApp or a short call in Skype makes us feel connected to home. During our first month here, it also made us realize who were those friends who truly cared for us and of course, we just have to see them once again.

ML was one of those whom I've became closer to outside work. She's someone whom I love talking to and 90% of the time, we talk about food! I really made it a point that we meet up one evening as there were just a lot of catching up to do. The East Wing of the Shangri-la Plaza was still quite empty. As we got out of the elevator from the parking, we spotted a Filipino restaurant and a pricey Japanese restaurant along the way. We stopped to check the menus of these two restaurants out but decided to try Ikkoryu Fukuoka Ramen that evening. 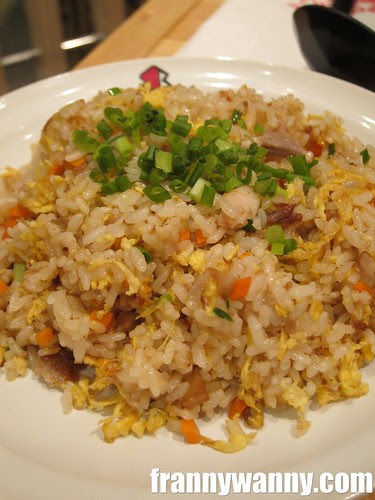 Manila's ramen scene is really booming with foreign ramen franchises opening left and right. Here's one that originated in Japan. You can't get any more authentic than that! However, I wasn't in the mood for ramen that evening so I was so happy to know that they have other dishes other than ramen. Yay! While both Paul and ML got their own bowls of ramen, I tried the Original Yakimeshi (Php. 160) and paired this with Gyoza (Php. 150).

The Yakimeshi's serving was big! Paul had to help me consume this and we each had two bowls of it, I think. I love the Gyoza! The wrapper had the right thickness and it was generously filled with ground pork and chives. This combination reminds me of my college days where I would have my solo lunch breaks at this hidden Japanese restaurant near school and given that my allowance can't buy me those unagis or sukiyakis then, I seek satisfaction in my bowl of Gomoku Chahan and Gyoza combo. 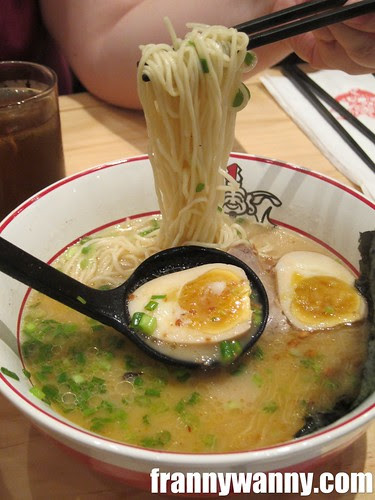 Paul likes to keep his ramen simple. Thus he went for the Ajitama Tonkotsu (Php. 380) which was a simple bowl of ramen cooked in tonkotsu broth and served with a piece of Japanese egg and thin slices of chashu. I was able to try this and noted that the soup was really good. It was quite refreshing as it wasn't too salty and the chashu was melt-in-your-mouth tender. Yum! The ajitama was a-okay but I think other ramen shops in Manila can do it better. 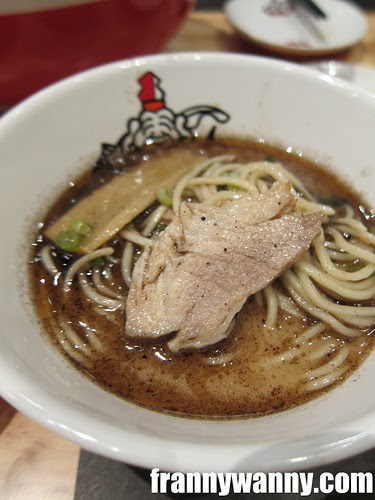 ML, the ever adventurous foodie, went for the Black Garlic Tonkatsu (Php. 380). At first glance, the broth seemed a bit too oily as it's cooked with the special roast garlic oil. However as ML stirred it around, out came the mouthwatering aroma brought about by the garlic. She gave us a small serving to try and I got to admit this one was a winner in a flavor category. Not probably your healthiest ramen but definitely one that's worth trying. This one also have slices of chashu similar to the ones in Paul's ramen. 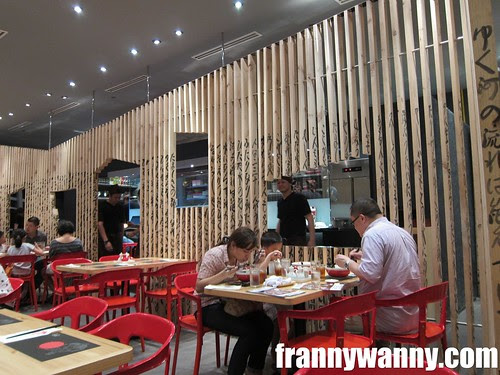 I love the modern interiors of the restaurant and I think it perfect suits the over-all ambiance of the new wing.