April 03, 2013
This is a continuation of my sister Pan's 10 must-visit places in Tokyo, Japan. In case you missed the first part, please click here. Stepping out of busy Harajuku station, it surprised me to find the tranquil Meiji Shrine a stone’s throw away from a highly populated shopping district. The shrine is nestled in a forested area in this bustling location and can be accessed through a massive Torii Gate, a usual symbol of a traditional Japanese gate for Shinto shrines. Beyond these gates is like entering straight into nature and away from the city. The shrine itself is found after several minutes a leisure stroll along a graveled path surrounded by trees. 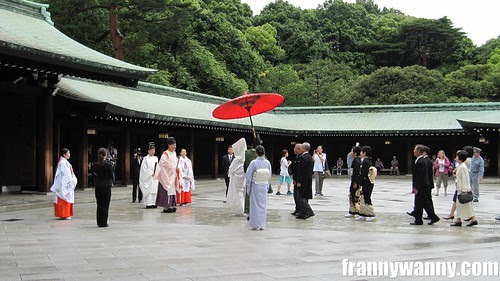 During my visit, I chanced upon a Shinto wedding ceremony taking place in the Meiji shrine with the couple and their entourage in elaborate wedding garments, it was like something out of a Discovery Channel episode.

Tokyo has two well-known religious landmarks, the Shinto Meiji Shrine and the Buddhist Sensoji Temple, which are both equally interesting. However, I do prefer the quiet beauty of the Meiji Shrine with its forest surroundings and its simple façade over the crowded and larger Sensoji Temple, found in Asakusa. 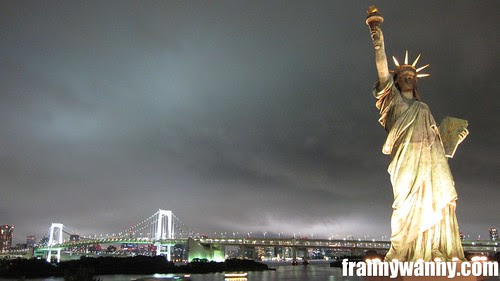 A blast into modern Tokyo brings me to Odaiba. Created from reclaimed land and overlooking Tokyo Bay, Odaiba is a glowing gemstone in the Tokyo landscape. It is a romantic destination at night with the view of the city lights across the Tokyo Bay and an entertainment park in the morning. It is the home of the life-size Gundam and the Japanese replica of the Statue of Liberty, called the Freedom Statue. 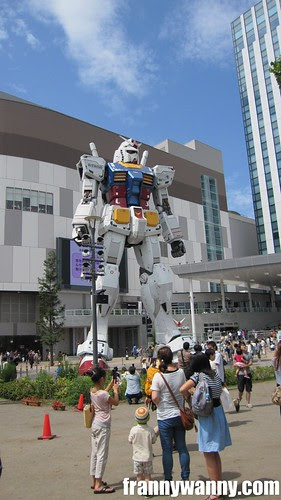 Odaiba is accessible through the Yurikamome train or the Tokyo Cruise. 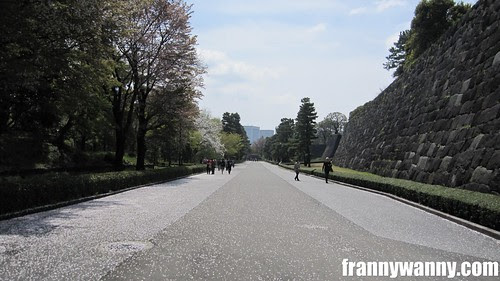 Although the palace is mostly off-limits to the public, the East Garden grounds are open and the beautiful landscape is perfect for a morning jog or an afternoon leisurely stroll. Having been able to visit the Imperial Palace during the cherry blossom season is a sight to behold as flowers are a bloom and cherry blossom trees surround the walkway leading towards the Imperial Palace. It is truly a breath of fresh air right in the heart of the city. Just like Harry Potter’s Diagon Alley, Takeshita Street is a heavily populated street packed with small trendy clothing stores, candy shops and crepe truck stations with some people dressed in... No, not wizard, but Anime costumes. 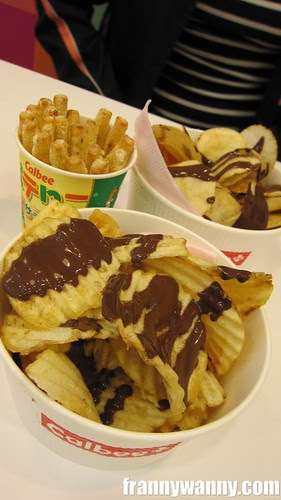 This narrow street is also home to Calbee Plus, the local store of the potato chip magnate where hot-off-the-fryer potato chips and fries are drizzled with Royce chocolate or Salted Butter. The line may be long but it is definitely worth the wait. Calbee Plus has definitely set the bar for the whole potato chip experience. 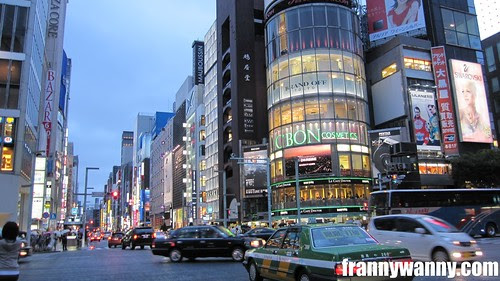 While walking through Ginza’s main street on a Friday night, I can’t help but hear the theme song from “Sex and the City” playing in my head and the probability that Carrie Bradshaw is just around the corner. The streets in Ginza are filled with internationally known upscale fashion brands, cafés and boutiques; a Harry Winston in one corner and a French sounding Café in the next. Given this image, I was surprised to step out into Chuo Dori Street, one of Ginza’s main streets, on a Saturday morning and find it closed off from vehicles and transformed into a laid-back pedestrian zone where families and friends set-up beach chairs and umbrellas in the middle of the road. Walking around like a local (or at least feeling like one), the laid-back vibe on the weekends ironically fits Ginza… it becomes even more appealing, as it is fast-paced and upscale as well as laid-back and inviting.

Tokyo will always be one of my favorite cities in the world. The beauty of its landscape, the variety of its city life, the richness of its culture and the irresistibly delicious dishes will always have a place in my heart… and tummy.