When Frannywanny meets the Googly Gooeys

August 05, 2013
The first time I came across the super cutesy blog called Googly Gooeys was about 2 years ago when they were one of the winners of the Nuffnang Asia-Pacific Blog Awards (NAPBAS) which was held in Kuala Lumpur, Malaysia. Sadly, I wasn't able to physically be present during the awards night but I cheered with the entire blogosphere as a new batch of bloggers were given the recognition that they truly deserved that evening. 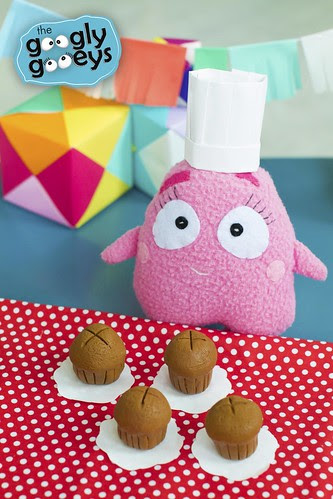 Googly Gooeys won the Hidden Gem award and I'd say, I felt like I've truly stumbled upon a hidden gem when I first visited their blog. The more I read their entries, the more the pink and blue characters named Tipsy and Ponggo respectively became more and more endearing to me. Somehow though, I never really thought about how they would create each entry until that fateful afternoon when I walked into the Nuffnang Philippines' HQ and met the real-life Tipsy and Ponggo. Talk about being star-strucked!

Tipsy a.k.a. Tippy was busy drawing on a clean sheet of paper and when I say drawing, she was really creating a lot of beautiful images with just the use of a brush and some paint. We pretty much know now who's behind all those cute images found all over their blogsite. I can just imagine the effort she puts in every single entry...so please follow and read their blog every single day, okay? Ponggo a.k.a. Pong, on the other hand, is a great story-teller. I'll never forget the funny stories that he shared about how they found out that they were finalists for the recent NAPBAS and the unforgettable things that happened during the trip which I promise to keep as a secret. Together, they make an amazing pair. It's no wonder why you'll always end up smiling and something laughing like crazy while reading their blog.

Anyway, a few months ago, we decided to do a little collab. I've never partnered with any blogger before and I was really excited about this. The plan is to share one of my recipes...the Googly Gooeys way. Remember the Biscoff Muffins that I've created before? Well, they've cutie-fied it up and look at the final masterpiece! 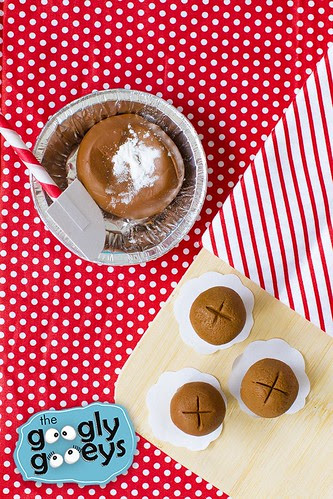 Click here to see the full Googly Gooey's version of how to bake that yummy batch of Biscoff Muffins (or why not try it with some Ovomaltine Crunchy Cream for a change? Teehee...)

Thank you so much Tippy and Pong for such a fun collab! Till our next recipe! *hugs hugs*
bake biscoff biscoff muffins blog collaboration frannywanny googly gooeys recipe