March 21, 2014
When my SIL told me that we will be having our family lunch at COCA which is a Thai restaurant at SM Aura, images of Pad Thai, Thai Iced Tea, Takoh and Catfish Salad starts coming into my mind. I was really excited as I'm a fan of Thai cuisine.

We got there just in time for our reservation and I was surprised that the restaurant was empty on a holiday. How odd... Where did all the people go? Well, SM Aura was fairly new when we went so maybe the foot traffic is still quite low.

Scanning the menu, both my SIL and I were quite confused as it doesn't have any of our Thai favorites. Asking the server, we found out that COCA is apparently a Thai-Chinese restaurant and there seems to be more Chinese dishes than Thai. No problem then, we were hungry and were pretty much agreeable to anything edible. Thankfully our server was very helpful as he gave us a couple of recommendations. 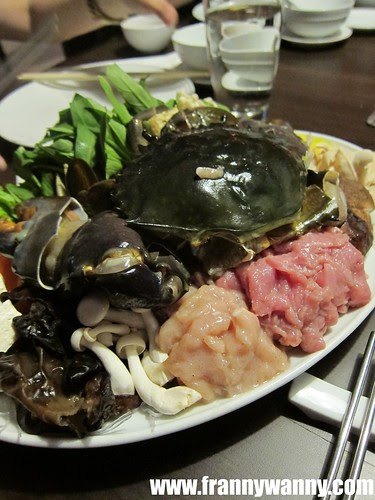 First on the list was the Suki Steamboat Platter which was COCA's signature dish -- Each table has an induction cooker that will allow us to cook our food right in front of us. We got the Emperor's Platter which consists of a regular-sized crab, assorted meat, veggies and glass noodles. 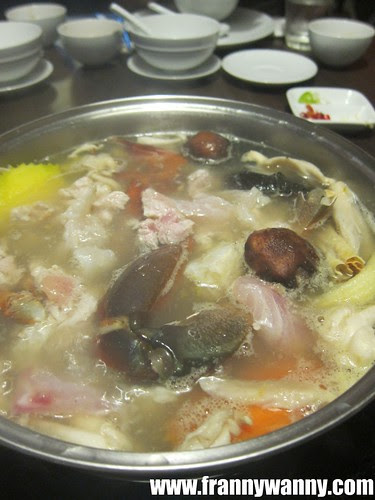 You can actually have a choice of two soup based -- regular and Tom Yum Goong which I heard was really yummy. Sadly, MIL has very low tolerance for spicy food so to be safe, we got all regular clear broth instead. I have to admit though that this somehow made our food quite bland. In went all the yummy seafood and meat! We swapped out the beef with more pork too. This platter is good for 3-4 pax, since there were 6 of us, the serving was a bit too small. 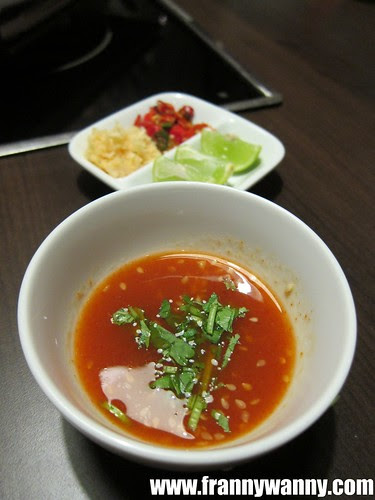 I love having my own dipping sauce whenever we're having shabu-shabu/steamboat. 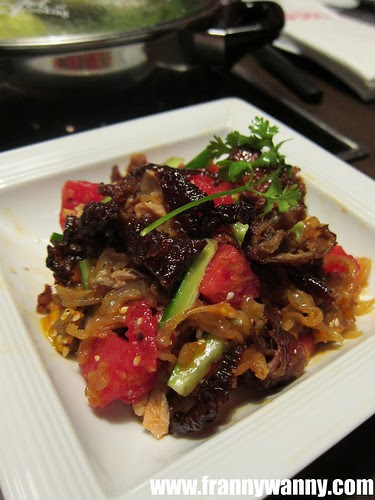 To go with our Suki Steamboat, we tried the Roast Duck Salad which was yummy! I love the perfect combination of salty sliced duck, refreshing cucumber and slightly spicy jelly fish. This was somewhat similar to the Cold Cuts Platter that we would have during Chinese lauriat dinners. 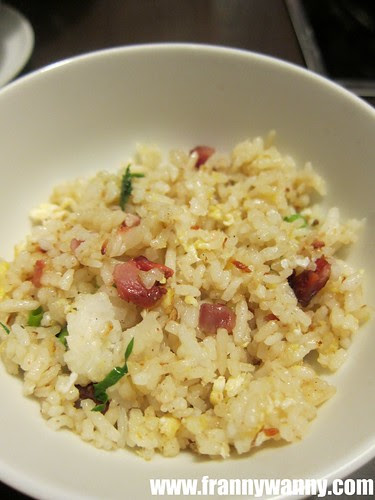 Lastly, we also had a bowl of Yang Chow Fried Rice each which was pretty good too! Over-all we had a good meal at COCA save for the bland-tasting steamboat but it was our choice to get the clear soup anyway. Next time, I'm definitely trying the Tom Yum Goong and the much talked about Khao Tom.

We had a very simple lunch at COCA and since the serving was quite small, I immediately felt hungry hours after. Coincidentally, I saw the COCA branch here in Singapore. Apparently, COCA has branches almost all over Southeast Asia (Thailand, Malaysia, Singapore, Cambodia, Vietnam, Laos, Indonesia...and also the Philippines) as well as in Korea and Taiwan too. I have to go back to COCA to try more dishes, let me see if I can visit their Singapore branch soon.