June 18, 2014
I grew up in a country that loves basketball. From the major associations down to the university-led ones, people from all walks of life would have his and her favorite team/s. I have to admit, I'm no sports fanatic and the only time in my life wherein I religiously watched the game was during my university years as my family is a fan of the Ateneo Blue Eagles mainly because my sister goes there (or I think that was the reason haha). After my sister graduated, we became less and less attuned to the games save for Paul who's a loyal Green Archer through and through.

So, when the World Cup began a few days ago, I somehow couldn't join in the conversation as I know nothing about it. Well, I do know it's being held in Brazil..and that's pretty much it. But hey, I'm no party pooper! While everyone around me are closely watching the game, I found a way to show my support and to share the World Cup spirit and that's through -- FOOD! 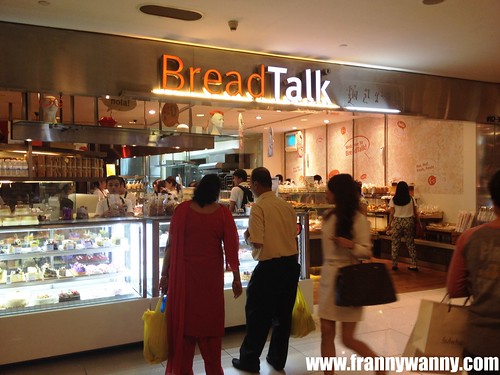 During a visit to BreadTalk over the weekend, I noticed that they have added new items to their line up which are all in line with the World Cup season. 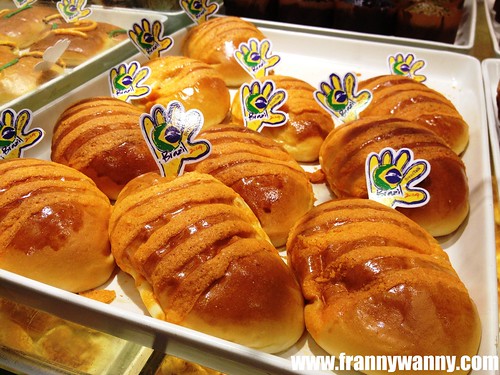 Check out the Dillopillo 狄罗枕 (S$1.60), shaped after Fuleco, the armadillo mascot of the World Cup 2014. This one is filled with fiery chicken sambal which definitely has the spicy kick. Paul liked this very much and is hoping this will be a mainstay from now on. 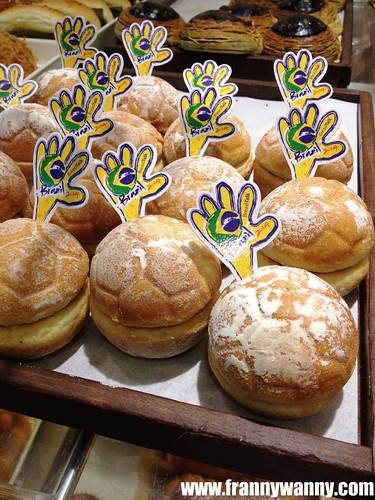 We also tried the Go Goal! 金球 (S$1.40) which is a cutie football-shaped bread filled with chocolate and custard cream. This was what I liked the most. It's bigger than a munchin yet it's so yummy that I wished I had more to enjoy. 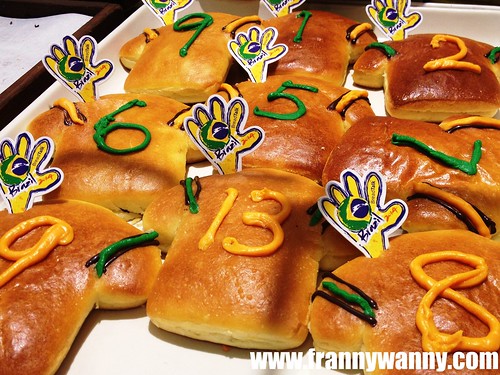 Lastly, we also had the Jerseylicious 杰出力士 (S$1.50). Brioche bread shaped like a jersey and is filled with lemon custard and topped with chocolate icing. We were looking for a number 10 or 11 which are our favourite and lucky numbers. Sadly, we settled for number 12 which was close enough. Among the 3, this is the one that I liked the least. I found the filling to be a bit lacking that all I could taste was the bread. It might be better if they filled this with lots of chocolate too.

As we stepped out of the store, we realized that there's actually a fourth promotional product -- the Superstix 球签 (S$2.30). Not quite themed for the World Cup but it would definitely be a great snack to munch on while enjoying the game. I'm definitely going back for this as I loveeeee breadsticks!