It also makes sense for food to team up:
Peanut Butter + Jelly
Coffee + Milk
Burgers + Fries
Prata + Curry
...and the list goes on and on! 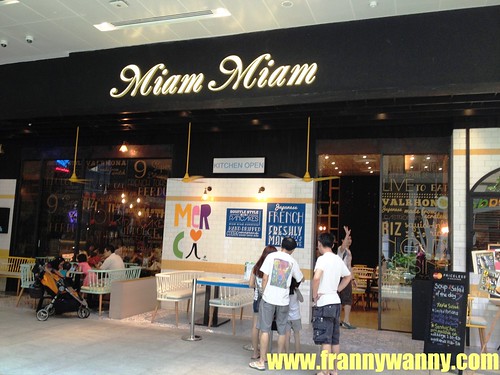 It then makes perfect sense for two gastronomic cuisines to pair up. Miam Miam is a casual restaurant that brings out the best from both the French and Japanese culinary worlds. We stumbled upon Miam Miam by accident when we decided to check out Westgate in Jurong East one weekend. I was immediate drawn towards the uber chic interiors and I'm glad that the boys were game to dine in such a dainty-looking restaurant with me. 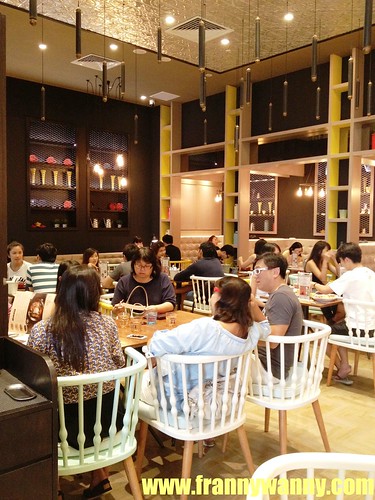 We were initially hoping to start our meal with a pan of French Toast (S$15.8) but it took forever for the kitchen to prepare our order that it actually came long after we were all done with our main dishes making it our dessert instead. I wonder what special preparation was needed for this as we had to do a follow up 3 times and for the server to tell me "well, you'll have to wait because it's not Kaya Toast you know..it's French Toast." I just gave her a blank stare and a slight evil glare. Hmph! Iha, I'm not stupid noh! 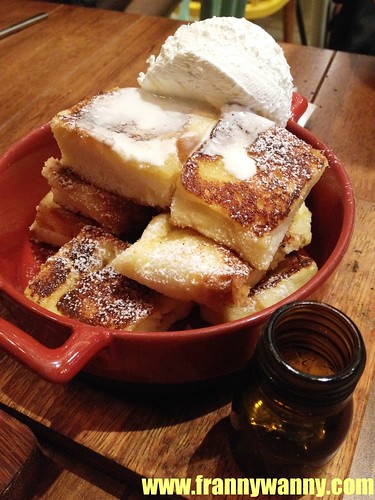 Well, despite the nasty service, we were glad that the French Toast was pretty good. Fluffy toast which was lightly dusted with powdered sugar and served with a humongous scoop of whipped cream. It was good but then again I don't think I'm willing to wait for more than 30 minutes for this. I guess, I was just expecting more given the price and the nasty retort given by the server. 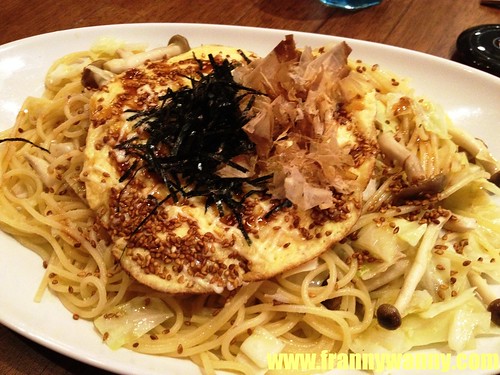 Moving on to our mains, as always Paul and I decided to share our orders. I tried the Modern Yaki (S$14.80) which is Italian Aglio Olio Pasta meets Japanese Okonomiyaki. The pasta was al dente and really delicious. I just love oil based noodles as it's so light and the taste is very clean. However, the okonomiyaki part didn't work out quite well in our opinion. It was just an overload of scrambled egg with cabbage and mushroom which sadly hardened up as it took me a while to dig in as I was busy taking photos of my dish. They have sprinkled sesame seeds and bonito flakes which didn't help in pulling together the flavor of the supposed okonomiyaki-inspired pasta. We just pushed the egg and cabbage aside and enjoyed the al dente pasta noodles with mushroom. 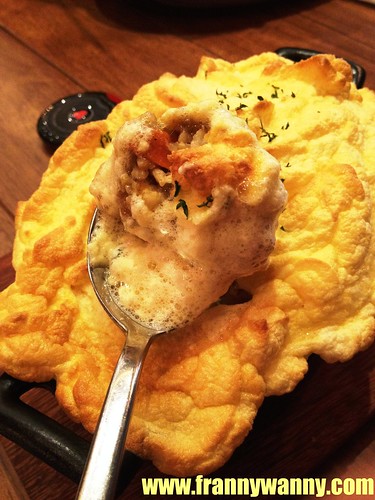 Luckily, Paul's choice -- the Souffle de Nuage (S$15.50) truly made up for what could have been a ho-hum lunch to one that we might do a repeat soon. Being fans of souffle, we enjoyed this huge serving of delicious and really flavorful curry rice baked and topped with the fluffiest, creamiest souffle. Judging from the menu, Miam Miam specializes in souffles and mind you, it's all reasonably priced! Nothing more than S$15! I will definitely go back to try these. This is probably the reason why the Souffle de Nuage was really good.

** Great news! I heard that Miam Miam will soon open a branch in Manila! I'll share more info with you as soon as I get wind of it **