Beer is Food at the Golden Mile Food Centre 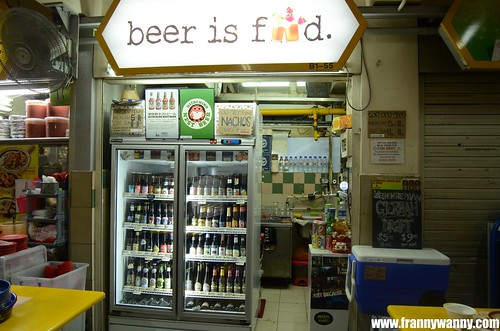 A couple of weeks ago, Paul and I were inspired to sing this song during our bus ride home. It was after a visit to the Beer is Food stall at the Golden Mile Food Centre where we had not one, not two, not even five but twelve bottles of beer and ciders! Okay, before you all wonder why we suddenly went on a drinking spree, we were actually invited for an exclusive beer tasting session which was so fun! 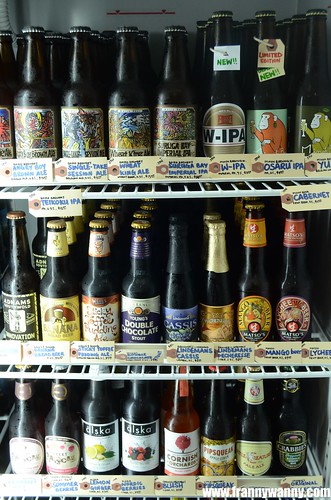 Beer is Food is a new hawker stall found at the basement of the busy Golden Mile Food Centre. This is very near the Bugis district and is actually where you can find tour buses that heads to Johor Malaysia (a.k.a. Legoland).  I have to admit I'm no hardcore beer drinker and I really do not enjoy the chico-smelling after taste and smell I'd get after downing a bottle of beer. Anyway, Beer is Food carries top quality imported beer varieties and I was ensured that my perception of beer will change after this fateful evening. 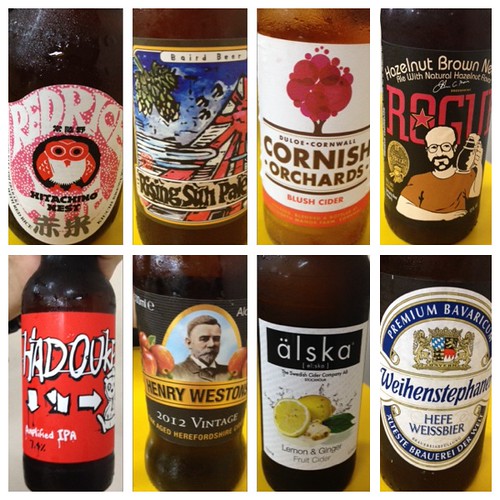 So there we were staring at this huge chiller filled with a wide array of beer. Some were familiar, some were not. As the tasting began, we left it to the experts to share the best tasting beers with us. We began with the mild fruity ones such as the Dead Pony Club - Brew Dog (S$7.50) which had this sweet passionfruit after taste and the Banana Bread Beer (S$9.50) which as you may have guessed it is infused with banana extract. Definitely a girly-girl beer choice, if you ask me. 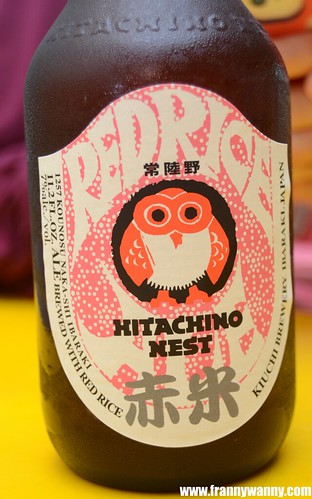 We then had the Hitachino Nest Beer - Red Rice (S$10) which was quite popular and good! I like that it's very light and sweet. Definitely my type of beer. I can imagine enjoying this with some grilled seafood or chicken. 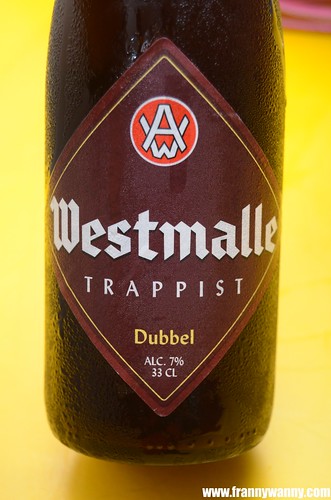 The West Malle Trappist Dubbel (S$9.50) is something I think Papa would enjoy. It's simple, has a very traditional beer taste yet it glides down smoothly and gently. You might taste a slight bitter kick but it's still very mild, in my opinion. True enough, I got Papa a bottle to try when he came to visit last week and he enjoyed this very much.

For the non-beer fans, Beer is Food has a number of cider options available. It was my first time to try cider and I LOVED it! It's light, bubbly yet be careful as some also has high alcohol content which could get you buzzed after. 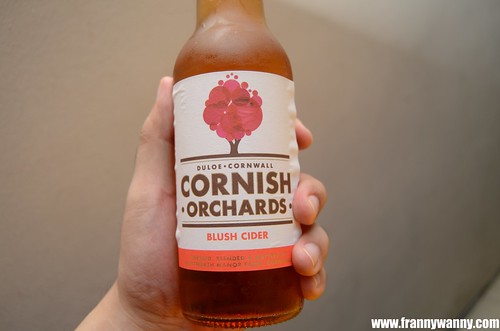 We tried the Cornish Orchard Blush Cider (S$9.50) which was delicious! The light, sweet, fruity flavor surely won my heart. Pan was also able to try this as I got this for her to try as well. Even my non-alcohol drinking Mommy said it was yummy.

Another cider which we were able to try was the Alska Lemon Ginger (S$9). This was Paul's favorite as it had a sweet ginger and lemony taste. It was a bit too syrupy sweet for me though. 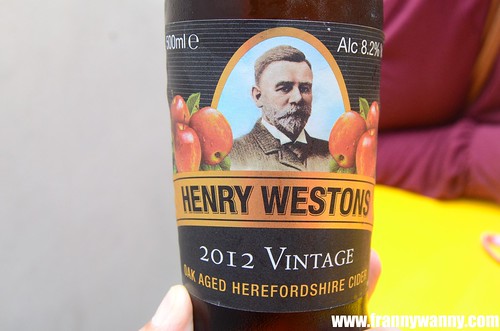 Finally, my third favorite bottle -- the Henry Westons 2012 Vintage Cider (S$11). With 8.2% alcohol, do drink this in moderation especially if you have low alcohol tolerance. This had a bold flavor with a very smooth texture. In tagalog, we would say: "swabe!"

We actually tried a lot more bottles but these were the ones that really made me go "WOW!" It's so nice to find Beer is Food in a hawker centre as you know, alcohol is not cheap in Singapore and normally we would have to head to the pub or the bar to have a drink or two. Now, it just makes perfect sense to enjoy a bottle of quality beer together with plates of your hawker favorites without having to spend so much.