Five years ago, I blogged about turning twenty-seven. I talked about the three things that I've learned and what I was most thankful of. I was still back in Manila then and was preoccupied about building my career and the fact that I'm a few months away from marrying the man of my dreams. 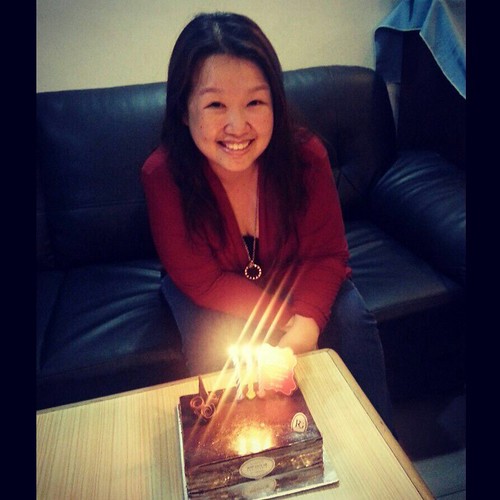 Then there was my 28th birthday, my last birthday as a single lady. A month after that, I became Mrs. Paul Ang. A couple more years and birthdays flew by after that, more learnings and more things to be thankful for. Fast forward to last Sunday. I celebrated another milestone -- my 32nd birthday. 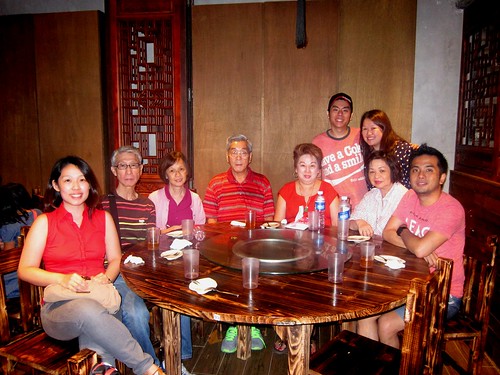 The highlight of this year's birthday was the fact that I had the people who matters the most in my life present on my special day. Not only was my family in town but even my MIL and FIL flew in too. I am truly a lucky lucky girl. 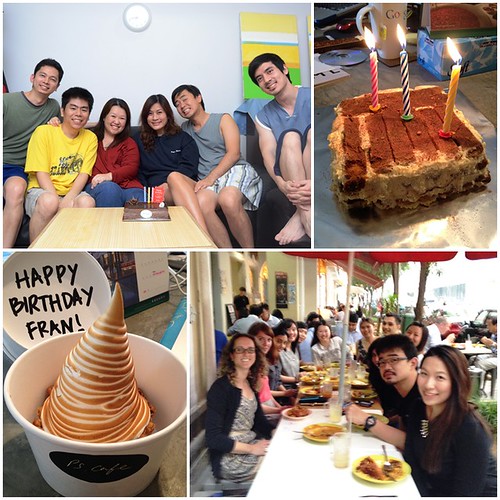 Aside from our families, I was also able to celebrate my birthday with a couple of other special people too -- our friends and colleagues. For more than a year, these people have showered us with so much love that they all play significant roles in slowly making Singapore feel just like our 2nd home.

Looking back, there's really nothing more that I could ask and hope for. I have to admit, this year wasn't exactly as smooth and pretty as I was hoping it to be. There were tears, a little heartache and a bit of anger and the feeling of betrayal was felt at some point. I'm human after all. Despite all that, what used to be blurry became clear and what was real and genuine prevailed. Trust is indeed very important. Finally, I've decided to let go. There was no regrets though as I knew in my heart that what I gave was real and with all the purest intentions. Even with forgiveness, I realized that some things are no longer worth fighting for. I think it's about time for some major spring cleaning.

My 32nd year began with so much positivism and happiness. I'm so excited for what this year will bring and I'm thankful to have you all to share it with. *hugs* to all!