- April 06, 2016
Chef Keisuke did it again! After winning our hearts with his mouth-watering ramen varieties, gyoza rice sets and the best tendon in town, he's currently on a roll opening two new ramen stores one after the other. The first specializes in ramen with lobster broth which I heard is pretty good. There's always a long queue as the it's strategically located in Clarke Quay thus catering to the party-going, late night crowd. I should schedule a visit to that outlet soon but I'll probably let the queue die down or go at a very off-peak time. 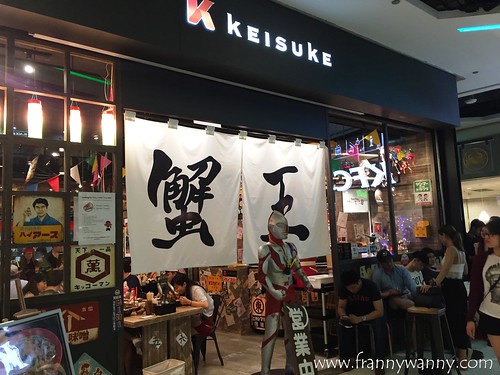 Meanwhile, Paul and I decided to try his second outlet, Ramen Keisuke Kani King which is located at the ground floor of Orchard Cineleisure in Somerset. It just so happen that we were in the area one Saturday so we decided to go check it out. Luckily, we got there when the queue was still very short so it only took us 20 minutes waiting time. Don't worry though as the system is very efficient but you just have to make sure that everyone in your group is present for them to give you a table otherwise you will have to wait a little longer. 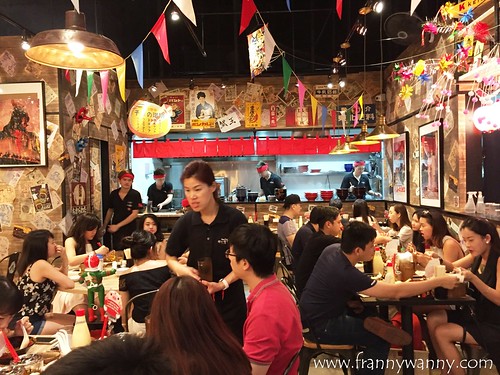 Ordering is similar to all other Keisuke restaurants, you pick up the ordering sheet and tick away. There are five main items in the menu -- Crab Broth Ramen (rich soup), Crab Broth Ramen (clear soup), Spicy Crab Broth Ramen, Crab Tsukemen (dipping noodles) and the very unique Kani Tama Ramen (with fried omelet). After choosing which ramen you'll go with then you decide whether you want it just with pork chashu or you can add some flavored egg or get the special which comes with a piece of nori (seaweed), egg and chashu. 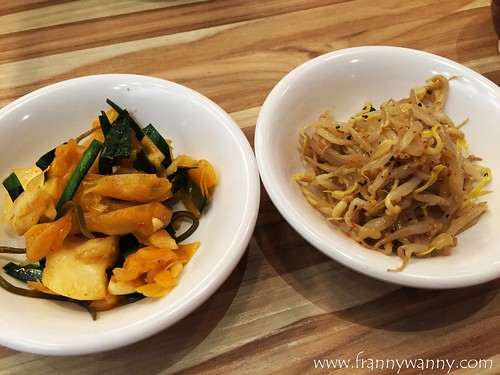 I went for the Crab Tsukemen (S$13.90) and I kept it simple with just the thin-slice of tender Pork Cha Shu. Paul, on the other hand, wanted the soup-based ramen so he chose the Crab Broth Ramen - Rich Soup (S$13.90) also with just the pork cha shu. The reason why we opted to keep it simple was because we were excited to have the complimentary boiled egg, spicy sesame beansprouts and some spicy pickled nirakyabe ninniku which is a very garlicky cold pickled cabbage. Actually, the serving was quite big that I ended up not having the boiled egg anymore but the beansprouts and the cabbage went really well with our ramen.

Going back to my order, the Crab Tsukemen made use of a thicker type of noodles and the serving was quite big. I think this is because the soup broth was also richer than the regular ramen soup stock so a thicker noodle will be able to fully absorb the soup and flavor much better than a thin ramen noodle. I actually love the texture and qq consistency of noodle however the serving was quite big that it filled me up really quickly. Nonetheless, the soup stock had a full flavor and you can definitely taste the crab in every bite. 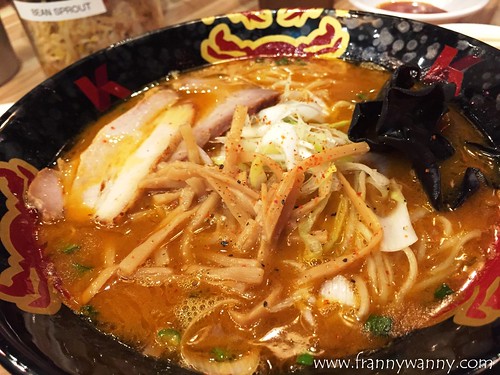 Paul loved his Crab Broth Ramen (Rich Soup) too and it's funny because we were both expecting this to have a fuller and richer flavor but apparently it turned out to be pretty mild when compared to the Tsukemen. If you ask me, I like Paul's order more as the size and flavor was just enough for one to consume the entire bowl without the gelat/umay feeling. 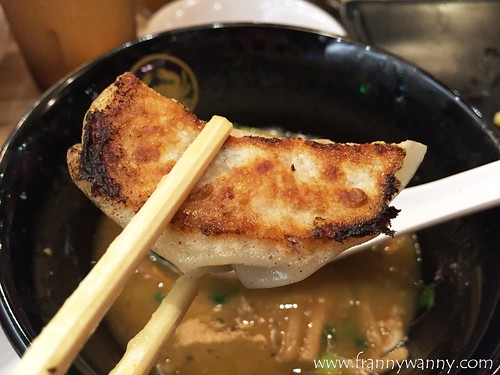 To go with our noodle bowls, we got a plate of Gyoza (S$5 / 5 pieces) which was delicious! Similar to the amazing gyozas served at Keisuke's Gyoza King, the wrapper was silky and has the perfect thickness and it has the same meaty with a bit of soup filling inside.

Service was really fast so expect an equally speedy turnover too! So, don't feel daunted by the long queues that is commonly seen in most of Keisuke's restaurant as you'll surely get to your table in no time. Lately, there has been a trend of restaurants opening with way longer hours. This one for example is open till 2am during Fridays and Saturdays which is a perfect supper/midnight snack option after watching a movie, partying at the bar or for those residing nearby and who suddenly feel hunger in the middle of the night.