- January 15, 2010
From being the famous Drunken Master to the talented Chief Inspector Lee to lending his voice as a Monkey... Jackie Chan is back, this time, as Bob Ho in his newest movie, The Spy Next Door.

The movie was very entertaining which was definitely perfect as I was really looking forward to an opportunity to unwind after a hectic week at work. Thanks to fellow blogger Az and Viva International Pictures for inviting me and Paul to take a sneak peek of the movie, we truly had a marvelous time laughing at Jackie Chan's funny antics and at some point even got teary-eyed at a couple of dramatic scenes. 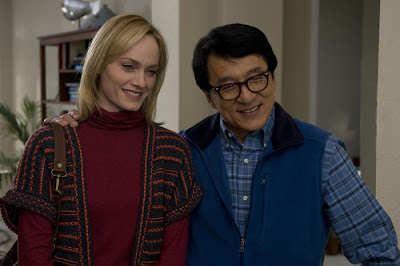 The story is all about Bob Ho, an undercover CIA agent, who retired from work to attend to his personal life most particularly his blooming relationship with his girlfriend Gillian. 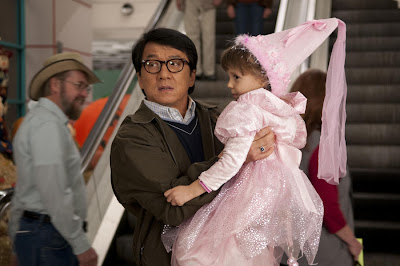 Due to an unavoidable situation, Gillian had to leave town and Bob offered to baby-sit her three kids who does not like Bob very much. In his quest to get the kids to like him, he also came across an unfinished issue that requires him to protect the kids against a long time enemy -- a Russian terrorist who is after a top-secret formula that was accidentally downloaded by one of the kids. 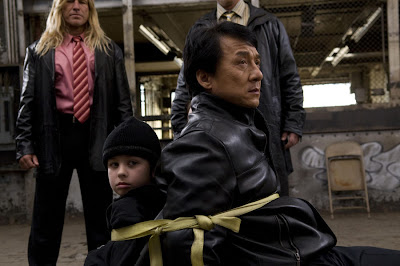 Will the kids eventually like him enough to be their next daddy?

Watch as Bob tackles being both a baby-sitter and an undercover spy at the same time.

The Spy Next Door is now open in cinemas beginning today!