- May 13, 2010
It used to just be a hidden Shawarma center right at the corner of Quezon and West Avenues. The interior used to be dark and a bit run-down while the furniture pieces were not exactly what you would call clean. Once in a while, Paul and I would even joke about its food preparation hygiene. Then the original branch closed down and we began to miss it.

Who would have thought that Mr. Kabab has successfully touched our heart and stomach? 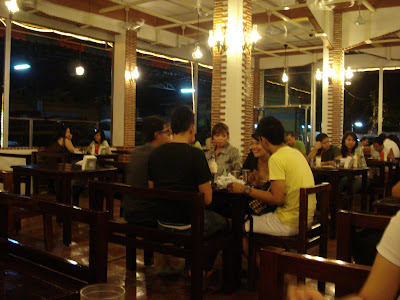 Imagine our glee when we found out that they re-opened a couple of months after and was boasting of better interiors and a bigger space to accommodate its growing clientele. Still, it maintained its simplicity which I think appealed to casual diners looking for a delicious food stop late at night.

After one of our late night meetings with our suppliers, Paul and I decided to bring my sister to Mr. Kabab. She has been intrigued by this place ever since we began telling her about it. Taking a short drive to West Avenue, we saw that the place was packed! Luckily, a parking slot opened up making our wait shorter than expected. We were led to our table and their laminated menus were handed out to us.

Not wanting to overeat since it was pretty late already, we all shared a platter of Special Beef Chelo Kabab (Php. 135) and our default dip: Motabal (Php. 60) with a couple of Pita Bread. 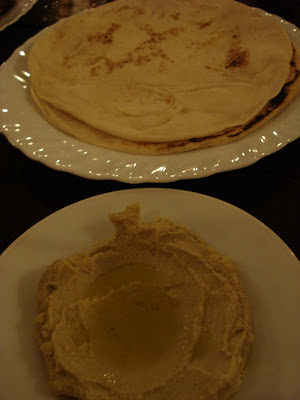 Service was quick! Within minutes, out came our saucer of Motabal and a plate of Pita Breads. Since this was a casual dining restaurant, do not expect much for authenticity. It's a fun dining venue where food is decent but definitely needs some work to get close to the real thing. Case in point, our Motabal tasted a bit burnt than it should have been and we could hardly pinpoint the different ingredients that were included in the dip. The pita bread was a bit dry contrary to the soft, freshly-baked ones that we love from Arya. Paul, the culinary genius, thought of mixing a bit of garlic cream sauce to add a little more flavor to the dip. It worked and we were able to clean off the plate by the end of our meal. 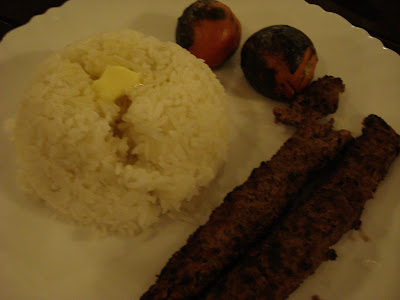 The Special Beef Chelo Kabab had two strips of minced beef and their signature Basmati rice with a slice of melting butter. Following the sauce that we loved so much in Arya, Paul got the two grilled tomatoes and quickly mashed this adding some garlic cream sauce and a dash of chili to produce a delicious tomato dip for our kebab.

The evening atmosphere was very laid back, groups of friends hanging out to have their late night fill. This is open 24 hours so you can drop by for your Mediterranean fix at any time of the day.