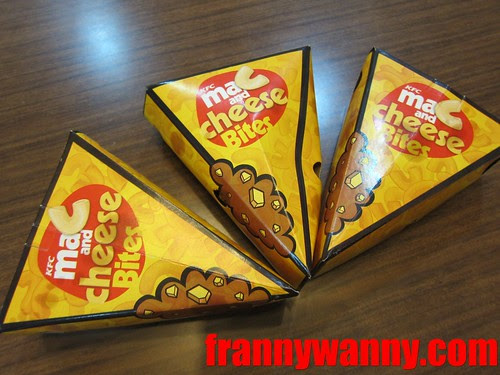 It's amazing how KFC continues to innovate to tickle the taste buds of its wide range of clientele. Who would have thought that you can have more than chicken in KFC! Recently, they introduced the Mac and Cheese Bites (Php. 49) and luckily, I was given an early sneak peek as I was able to try it before it was officially launched to the public! Thank you Col. Sanders! 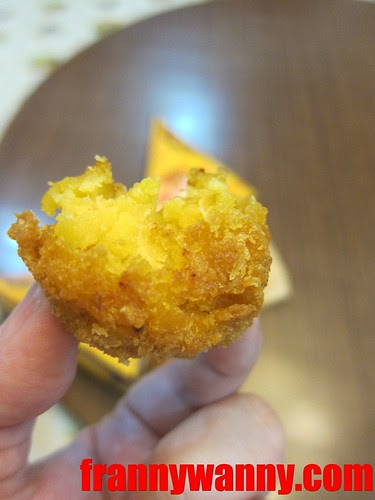 At first glance, it looked like a risotto ball but as I bit into the crunchy deep-fried covering I enjoyed the creamy and cheesy filling made of macaroni bits, bacon and cheese sauce. Don't expect though that you'll be able to feel and bite into the macaroni as it's pretty mashed up already. It's not so bad only I find the cheese sauce to be a tad too salty for my taste. 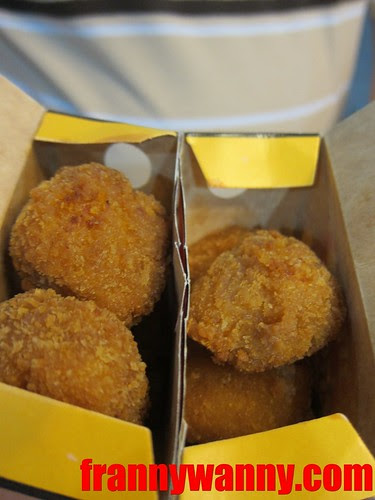 We had some leftovers from that night that it was delivered and all we did was to pop it in the over the day after and it was still good.

The Mac and Cheese Bites may also be ordered as a meal combo with fries and drink for only Php. 79. One box gives you about 5 Mac and Cheese Bites. This is available in all KFC branches nationwide.
food innovative kentucky fried chicken kfc mac and cheese bites new product snack time