October 23, 2012
I guess, one reason why I really enjoyed our trip to Seoul, South Korea was because it was a never-ending food trip! Our meals were not limited to just breakfast, lunch and dinner. Somehow, we would end up snacking even at odd hours. All throughout our trip, Paul and I hanged out with Richard, Irene and Lauren. It's a good thing that the 5 of us share almost the same taste in food and have the same shopping habits making it easier for us to maximize our schedule without wasting precious time. 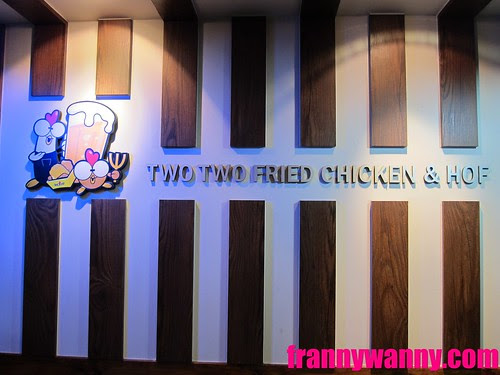 One evening, Richard and Irene were craving for something to eat at the hotel and that's were we spotted Two Two Fried Chicken, it is very similar to the Bonchon Chicken that's very popular here in Manila. However, its fried chicken comes in more flavors other than the usual soy garlic and spicy. Richard carefully brought his box of chicken back to the hotel and were even insisting that we join them as they feel that they can't consume the entire box of chicken. Paul and I declined as we were both too full from dinner already however told them that should they need extra help, then they can just call us over. As we got to the hotel, we rested our tired legs and it seems like an hour has past already that we haven't heard from the Co family. Checking up on them, Irene told me that they have finished the box so quickly because it was so good! For those who knows Irene, when she says it's good, she says this with so much passion and conviction that I felt my mouth water and began craving for some fried chicken too!

On our last evening in Seoul, they were so nice to go back to Two Two Fried Chicken with us. It's a good thing that there's a branch in Myeongdong which is just a few blocks away from our hotel. The place was packed as it was a weekend and people were leisurely enjoying their chicken with bottles of alcoholic drinks. Luckily, we were able to secure a table at the ground floor away from the noisy chatter and the whiff of cigarette smoke. 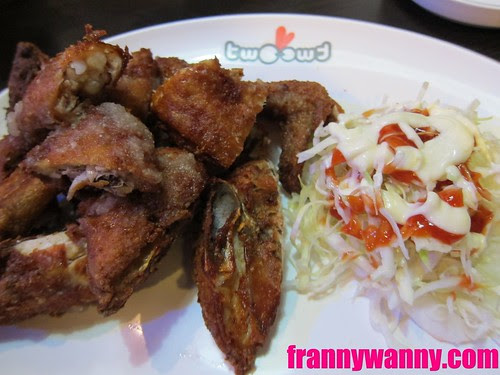 Since I wanted to try something different, I went for the Garlic Sauce Chicken (W18,000 / Php. 676). One order gives you about half a chicken so that's approximately 6-8 pieces. While I don't normally eat with my hands, take my advice, Two Two Fried Chicken is best consumed with your bare hands. Therefore do have some hand sanitizer or wet wipes on hand. Our Garlic Sauce Chicken came with a good amount of cabbage salad but I didn't bother trying this as I was focused on the mouthwatering chicken. I love that it was so garlicky and crispy! They serve this with some salt and pepper dip similar to what you'd get when you order fried pigeon here. I happily coated my chicken with this before taking a bite. 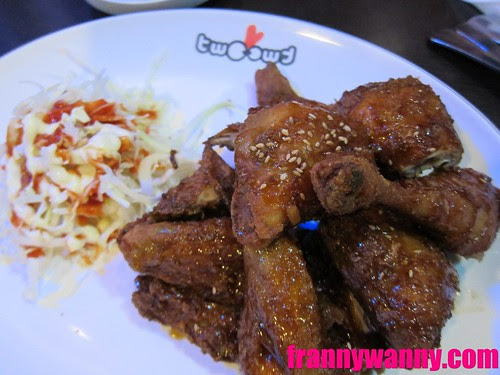 Richard, Irene and Lauren once again got the Soy Garlic. I love how it was perfectly glazed and the sweetness was just right. It was equally just as yummy as our Garlic Sauce Chicken!

There are a lot more flavors to try and I'm definitely going back on my next visit. 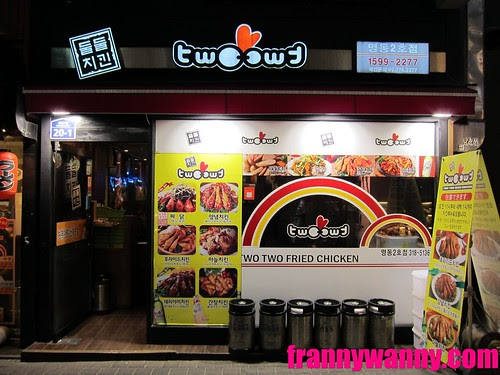 Sadly, I wasn't able to get the English address of Two Two Fried Chicken but please look at the photo above to help you easily locate Two Two should you chance upon it as you roam around Myeongdong.
bar fried chicken garlic sauce korea korean chicken myeongdong snack south korea soy garlic travel two two two two fried chicken where to eat in korea