As soon as January rolled in, my schedule has been jam-packed with dinners and parties that we have to attend left and right. You see, Paul and I are temporarily relocating to the Lion City very soon so friends and family have been so kind enough to throw us despedida parties in our honor. Honestly, words are not enough to convey how touched we both are with the time and effort that everyone are willing to give just to spend some time with us. Indeed, we're thankful to have the best set of friends and two loving families too! 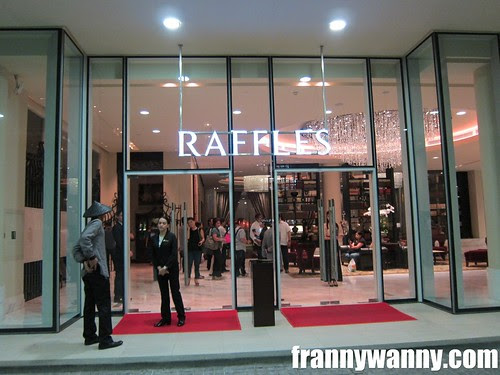 Last week, our dear friend Spanky (who also is Paul's fellow Cabalen) and Loni of Raffles & Fairmont Makati invited us to have some drinks at the very posh Raffles Makati and this was followed by a gastronomical buffet dinner at the adjacent Fairmont Makati Hotel. 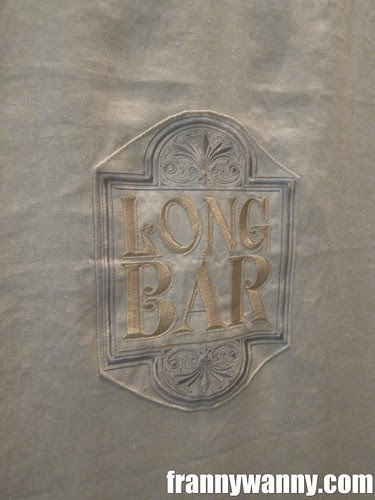 Raffles Hotel originated in Singapore and they're known for their signature drink called the Singapore Sling. Similar to its Singapore counterpart, our local Raffles Makati also has Long Bar and this is where that famous drink is being served. This is a good place to unwind with friends after a crazy day at work. Perhaps to have some after-office chat or to just enjoy some good drinks while munching on bowls after bowls of Monkey Nuts (a.k.a. Sungsung peanuts). 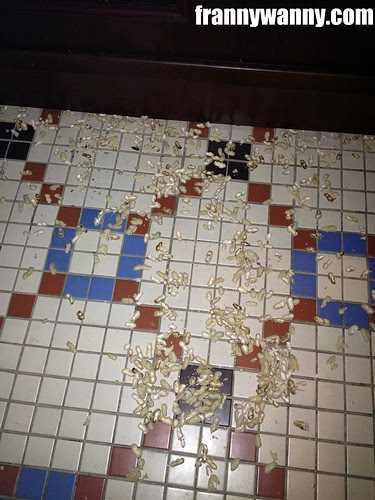 Unlike other hotel bars that tries to maintain a very clean ambiance, what makes it so fun here at Long Bar is that littering is actually required. As you eat the peanuts, customers are asked to throw the shells on the floor. It took a while for me to get used to given my extremely neat freak nature but as I loosened up with my drinks (yes got two of them!), I was happily throwing the shells to the floor after shooting the nuts in my mouth. The floor was filled with shells afterwards and as we stepped down from our bar stools, the shells made a crunching sound as we stepped on them. This was really fun and I'm definitely heading to Raffles Singapore to do this again. 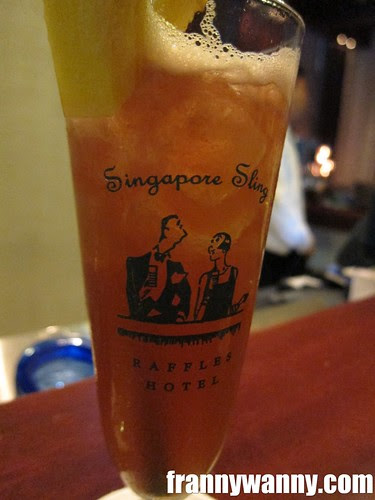 I first tried the Singapore Sling (Php. 475) which is a mixed of fruits, gin, cherry heering and a lot more. This drink was quite strong as I instantly felt the hit on my first few sips. Add to the fact that I don't drink very regularly and I easily get tipsy so I just drank about half until I decided that I have to give up as I wanted to be sober enough to enjoy our dinner. 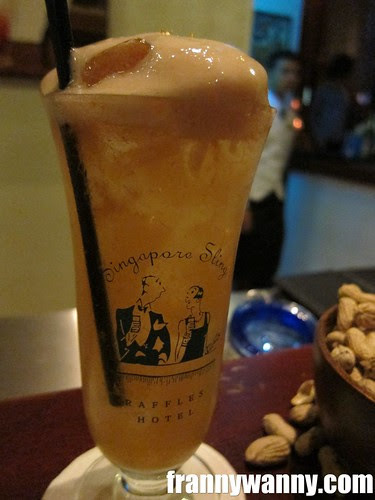 We were also served Long Bar Manila's very own Makati Luxury Sling (Php. 850). Luxury is indeed the best word to describe this. Topped with 24k gold flakes, this is a lighter, less bitter version of the Singapore Sling. I personally liked this one more as it was more fruity and the alcohol had a lighter kick compared to the Singapore Sling.

Long Bar also has a number of cocktails and non-alcoholic drinks available. They also serve some rice meals and bar chows too. However, for this visit, we saved our appetite for the buffet dinner up ahead. As we enjoyed our drinks, we also couldn't help but admire the ambiance. They had ceiling fans which were literally giant hand fans similar to how it was in Long Bar Singapore during the olden days where customers would fan themselves by pulling on a string that's attached to the ceiling fans. They also had huge paintings showing several Filipino icons.

This is definitely a must-visit place should you want to try the drinks and unwind while throwing some peanut shells on the floor.