Eat All You Can at Chef Laudico Guevarra's, San Juan City

That was the first thing I asked my sister when she picked us up from the airport a few days ago. Pan exactly knew what was the new that I was referring to and she filled me in on the newly opened restaurants that have been creating buzz around town. As she spoke, I was busy listing down the restaurants as I can't afford to miss out on a great restaurant to try given my very short visit. 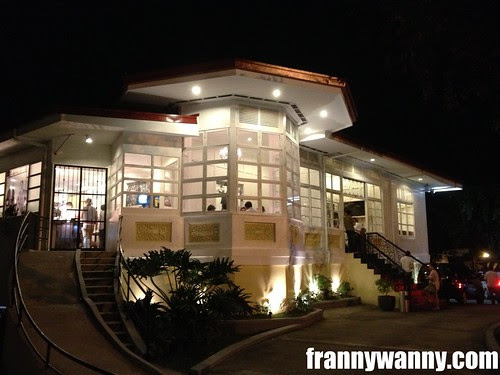 One of the newest restaurant was just located just a stone's throw away from home. It's called Guevarra's and Chef Rolando Laudico is the man behind it. I really admire Chef Laudico and I'll never forget the night when I dined at Bistro Filipino a few years ago. Unlike Bistro Filipino though, this one has no a la carte menu and it's a complete buffet service restaurant.

I wasted no time and immediately invited my friends D and S out for our much-awaited catch up dinner at Guevarra's. It's a good thing that D was able to make reservations as the place was packed on a Thursday night. While I normally feel eerie towards old houses, the way Guevarra's was set-up made me admire how pretty this traditional Filipiniana home was converted into. It was well-lit, OPM music was blaring (yes, literally blaring that it was quite hard to have a good conversation) from the speakers, air-conditioning was just right and there was zero eerie feeling at all. In fact, it made me feel like I was attending a grand aunt's lavish birthday party. 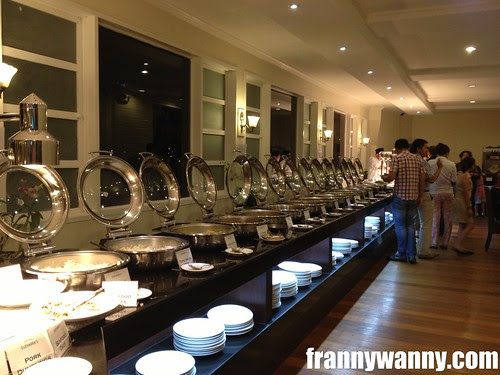 The buffet spread was located at one side of the restaurant. It's a good thing that there was hardly a line making it so easy to get and go back as we please. Admittedly, I'm not a big fan of Filipino food and can be quite picky towards it. As I surveyed the spread, I literally skipped most of the spicy and raw items. I know, such a party pooper! 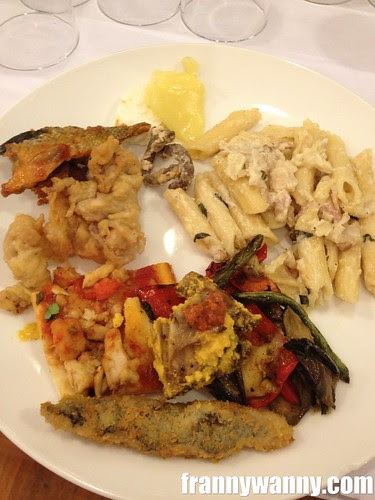 Anyway, this was my first plate. I liked the Spinach Penne Pasta as well as the Seafood Pizza. Noticed the two types of cheeses at the upper part of my plate? I loved them! I even went back to get more. I think they were supposed to be made as filling in a pan de sal sandwich but I love eating them solo. 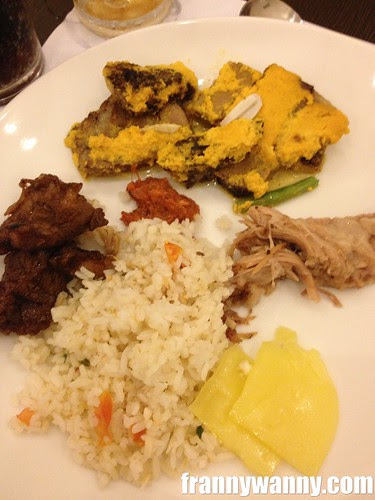 My second plate had all of the items that I liked from the buffet -- Beef Kare Kare, Roast Angus Beef, and Beef Tapa. Obviously, I was so over my no-beef diet already! The Tuyo (Salted Fish) Fried Rice was also pretty good. Then, there's more cheese again. 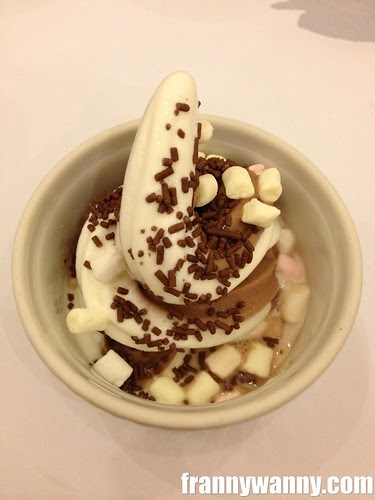 That was it, my two plates were very filling that I didn't have enough space for a 3rd plate but... I do have space for dessert! I love that there was an ice cream maker where you can make your own soft-serve ice cream. I had mine with mini marshmallows and candy sprinkles! I just find the ice cream's texture too icy though. How I wish they can make it really soft and velvety just the way we used to have it back then. 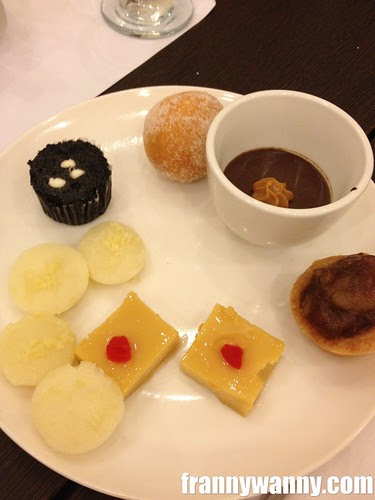 Paul and I also shared a plate filled with more desserts. I only liked the Leche Flan while the rest were quite disappointing.

Over-all, Guevarra's has still a lot of improvements needed to be done for their food. They have nailed the ambiance, service was okay and the price was very reasonable. Sadly though, people go back for the food and while there were a couple of dishes which I find to be pretty good, there was really none that would make me go back to Guevarra's right away.