March 13, 2013
Back then, our birthday celebrations would normally be held at American bar and grills like Chili's or Friday's. Those were the days where we would get drunk over bottomless iced tea and fill our tummies with unlimited tortilla chips, chicken fingers and pasta. We're indeed getting older are starting to have a more *ahem* refined and mature taste.

This year, my best friends have been celebrating their birthdays quite differently. It began with Estee's  birthday dinner at Beso Cucina Vinoteka where we traded in our usual bottomless iced teas with a carafe of Sangria. After Estee, it was Trina who turned a year older. We celebrated her birthday at Galileo Enoteca Deli located at the Eastwood Citywalk.

I've been to Galileo Enoteca Deli's branch in Mandaluyong a few years back. I remembered enjoying their cheese and cold cuts platter very much. Thus, I was very excited when Tre told me that we're having dinner at their newly opened branch in Eastwood.

We got there a bit late but still just in time. I love my friends for waiting for us before ordering as they wanted to make sure we get to eat all at the same time. Believe me, this practice is pretty rare nowadays. Our dinner began with their Complimentary Bread and Dips. I wasn't able to take a photo of it as we were so hungry by the time we got to the restaurant but I have to tell you that the bread was so good. It was slightly crunchy outside and really pillowy soft inside. There were two dips served -- tomato marinara dip and the usual Olive Oil/Balsamic Vinaigrette dip. I loved both dips and would alternate my slice of bread with each. 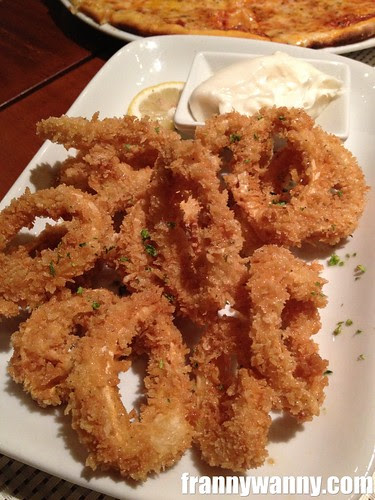 For starters, we had a plate of Italian Breaded Calamari with Lemon (Php. 400). To be honest, I think this was too pricey as I wasn't that impressed with the calamari. It was very thin and a bit too oily for me. Sure, it was extremely crunchy but I could hardly appreciate the flavor (or the lack thereof) of the calamari. Skip this and go with the Cheese Platter instead. 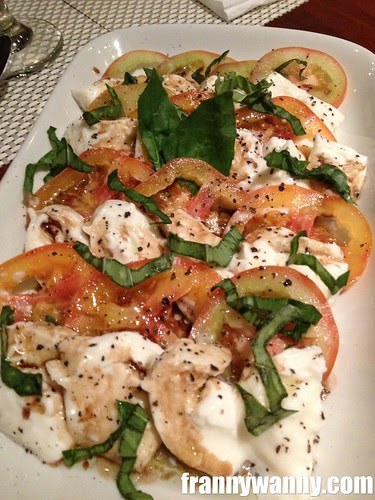 We tried the Insalata Caprese (Php. 430) too. This one, I liked very much. The serving was very generous and the slice of the buffalo mozzarella was impressively thick. We were all very happy with this. 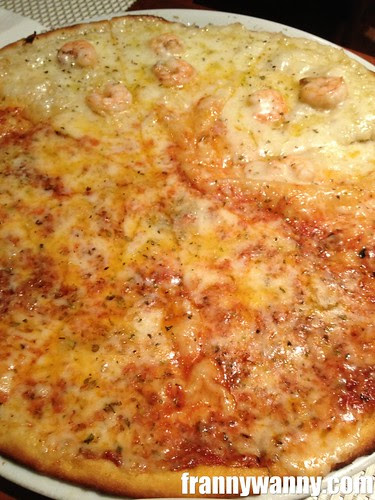 They also had a number of pizza flavors available. The good thing is they allow customers to order two flavors in one! We tried the Quattro Formaggi and the Shrimp and Garlic. I wasn't able to try the Quattro Formaggi but Paul said it was good. The Shrimp and Garlic was really yummy! I enjoyed the juicy shrimps and the crust was just thin and crisp exactly the way I love it. 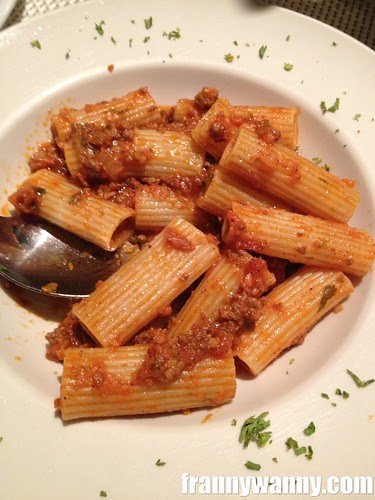 When dining at Italian restaurants, expect to load up on carbs! From the pizza, we had two pasta dishes. The first was the Rigatoni ala Bolognese (Php. 310) which was pretty good. I'm not a fan of tomato-based pasta but this one had a very comforting feel to it. I've been craving for home-cooked pasta for weeks and this one perfectly hits the spot. 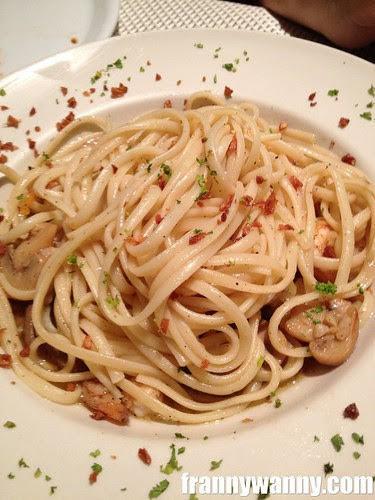 We also tried the Linguini con Gamberetti di Mare (Php. 350). This was very bland and too oily. I know they were aiming for a simple olive oil and garlic pasta but there was no garlicky kick and oil was literally dripping down my fork as I took in a bite. Wish they'd lessen the oil and add more garlic, it might do wonders to this pasta dish. 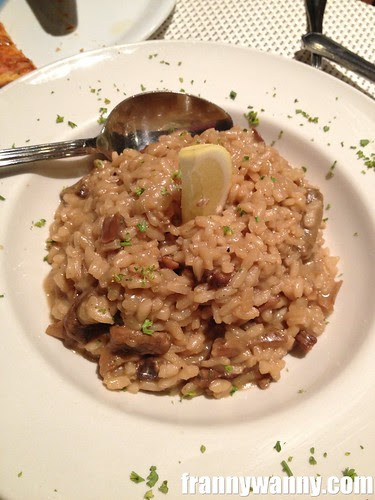 The Risotto con Porcini Mushroom and Truffle Oil (Php. 420), on the other hand, saved the day! This was hands down our favorite dish that night. The rice had just the right creaminess and you immediately will be able to taste and smell the truffle oil too. I highly recommend this dish. 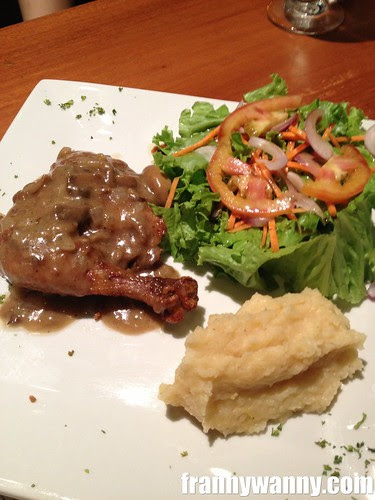 To go with our pizza, pasta and risotto;we had the Chicken Mushroom (Php. 460) which was a quarter-sliced chicken simmered in creamy mushroom sauce. This was served with yummy mashed potato and we got the leg/thigh portion which was my favorite chicken part. Sadly though, I was the only one in the table who loves this particular meat portion as majority prefers chicken breast. Needless to say, I guess you pretty know who ended up having the biggest serving for this dish. 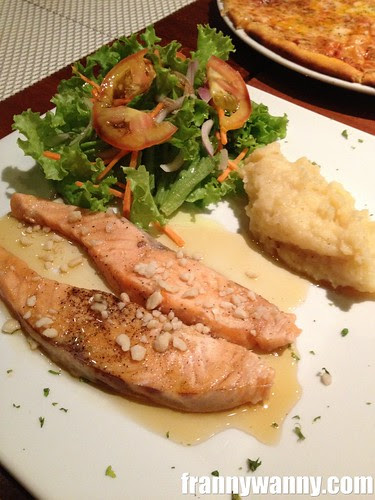 Lastly, we also had the Pan Fried Salmon (Php. 450). The fish was quite dry and boring but let me talk about the mashed potato in detail. This dish was drizzled with honey balsamic vinaigrette which made the mashed potato really sweet and addicting. I loved it! I even asked the server if they added anything to the potato as it had a different flavor. Who would have thought that honey would really perk up the taste of your good ol' mashed potato. Will try this at home.

Despite the food having a number of hits and misses, what made our dinner truly memorable was the fact that we were able to get together to celebrate Trina's birthday. Hopefully, they'll be able to visit me and Paul soon! Paging Estee and Tre! ;)