Dirty Dancing, The Classic Story on Stage at the Marina Bay Sands

June 04, 2013
Just a few months ago, I was inspired to look for copies of old movies. By old, I'm referring to movies created during the 80s to the early 90s. These were the ones that came out when I was still too young to comprehend things or for some, I wasn't allowed to watch them yet (PG-13/R-18). One of the movies that I recently watched was Dirty Dancing. I've been hearing a lot of raves that this is the best dance movie of all time and since I love dance/musicals then I was really excited to see this!

True enough, I enjoyed the movie very much! I loved the songs and how simple yet beautiful the story between Johnny Castle and Frances "Baby" Houseman was. It's also so cool that I share the same name with the lead actress (hihi!). Sadly, the lead actor Patrick Swayze has passed away a few years ago but his legacy lives on as the spirit of Dirty Dancing is so much alive and kicking dancing. 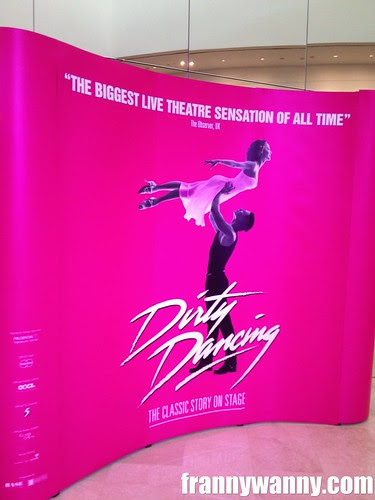 From the soundtrack to a musical production that's being staged all over the world, people (even the younger generation) will get to know about the love story that unfolded during the summer of 1963 between the handsome dance instructor Johnny and the shy, quite naive girl Frances whom everyone calls Baby.

I just love how the songs fell perfectly into place as the story progresses. Needless to say, Dirty Dancing swept me off my feet and got me singing to the songs for the next few days after I watched it for the first time. I was so in love with the movie that I was totally over the moon when I found out that Dirty Dancing, the Musical was coming to Singapore. 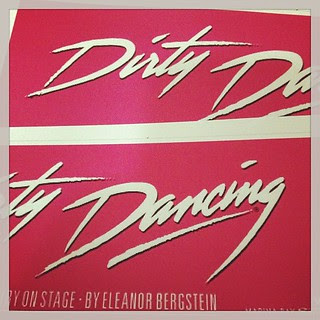 If Frances Houseman had her Johnny Castle, then this Frances has her (John) Paul who was so sweet to gift her with tickets to the show for her birthday! Yes, I was so happy when Paul waves those bright pink tickets in front of me! What a perfect way to celebrate my birthday.

So there we were last Sunday at the Mastercard Theatre in Marina Bay Sands. It was our first time to enter the theatre and we were so amazed at how pretty and big it was! Here's a panoramic shot that I took as soon as we got to the theatre. We were one of the first to arrive thus the lobby was still empty. A few minutes after taking this shot, it was filled with equally excited Dirty Dancing fans!

The story closely followed that of the movie's and I love how they were able to find someone who looks so much like the movie characters. I won't divulge much about the story for those who haven't watched it. Take my advice though, go watch..NOW! :)

Paul, who has never watched the movie, enjoyed the musical save for one scene which he said was all-talk, no music so it was quite boring. Well, I was fully focused on the show the entire time and would even catch myself completing some of the lines. My fan girl mode was definitely ON that evening. 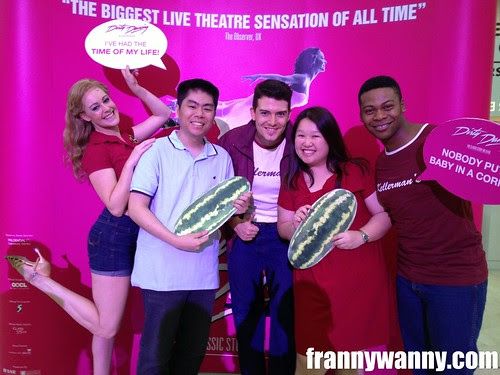 After the show, we saw a section being closed off and after asking the usherette what the line was for, we were told that it's the line for those who wants to have their photo taken with the cast. We didn't waste any minute and quickly joined the queue. Within minutes, 3 cast members showed up and we happily had our photo op with them. Yay!

I was really so happy that I was able to watch the musical. It's a must-watch for all Dirty Dancing fans out there. Needless to say, we truly had the time of our lives!

There's still time to catch Dirty Dancing on stage! It will be here in Singapore till June 16, 2013. Click this link to check seats availability. Sadly, I heard that the producers have cancelled the show in Manila. Anyone have any idea why?
dirty dancing dirty dancing sg dirty dancing singapore marina bay sands mastercard theatre movie patrick swayze play stage play stage production