June 21, 2013
This visit happened months ago thus I wasn't really sure anymore what happened that Paul and I found ourselves in Quezon City at 2PM and we both haven't had lunch. What I could remember was that we were both so hungry and our patience levels were running low that when he asked me to choose a place to eat, I had to make up my mind..and I had to do it FAST. 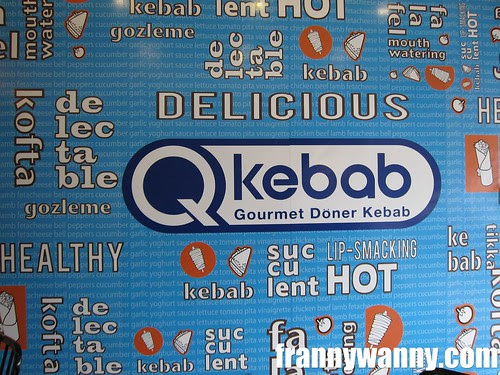 It's a good thing I have my list of restaurants to try saved in my phone. A quick browse through it and focusing on all Quezon City, it was a toss between a small Filipino restaurant by a popular chef or a quick service kebab place. We passed by the Filipino restaurant but sadly couldn't find a parking spot so off we went to Q Kebab which was behind McDonald's along Katipunan Avenue. The store front is bigger so there were a lot of parking spaces available. 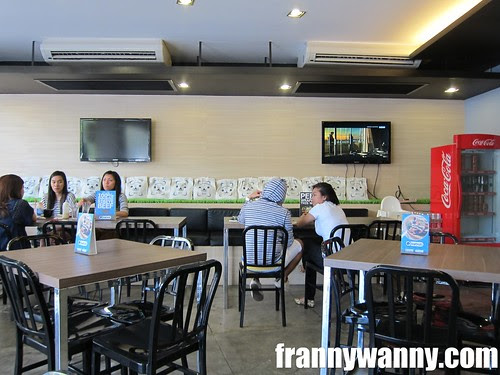 We heard about Q Kebab from our architect friends K and R. This was one of their many projects and we were impressed how they have made it look modern and well-suited to the student crowd. There were couches at the side where students can stay to study and eat at the same time, the counter top has a nice laminated wood finish and the menu was straightforward and easy to understand. Great job guys! *clap clap* 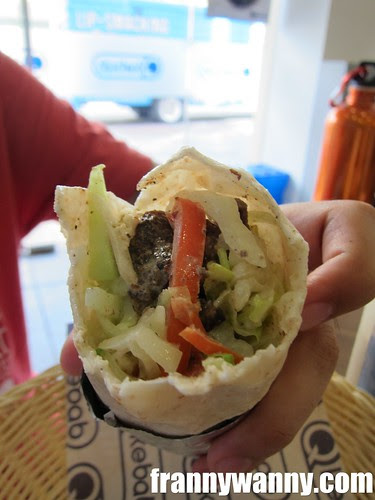 Paul was really hungry already so he went for something he know won't take more than 5 minutes to prepare -- a Premium Beef Shawarma (Php. 165). Normally, we'd mind that the price for a regular-sized shawarma is more than a Php. 150! Come on, this is a casual, fast-food-like place. Why are they charging so high? Sadly, there's really nothing too premium about Paul's beef shawarma. Just to share, he was able to consume it in less than 5 bites. That said, it obviously wasn't as stuffed and big as we're hoping it to be. He said the beef was tender but not that flavourful as he had to drizzled a good amount of garlic sauce to perk up the taste.

As for me, I tried the Premium Beef Basmati Bowl (Php. 175) which was a deconstructed version of Paul's shawarma and is served with rice. Similar to Paul's comment, the beef was quite tender but lacking in flavour. I'm happy though that the veggies were fresh and yes, they really did use basmati rice as the name promises. Nonetheless, I ate everything on my rice bowl till the last grain of rice. 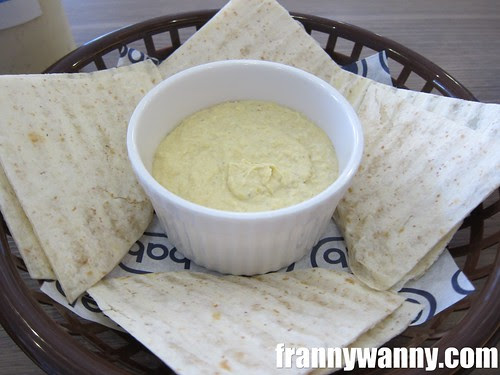 Since Paul was still hungry after inhaling his shawarma in less than 5 minutes, we ordered the Hummus (Php. 70) which came with a couple of thin pita bread. The texture was good and I was happy with the good amount of hummus served per order. Sadly though, we also find this lacking in flavour. We would feel the chickpeas alright but the flavour..where was the flavour? I love hummus but I might skip this should I visit Q Kebab again. 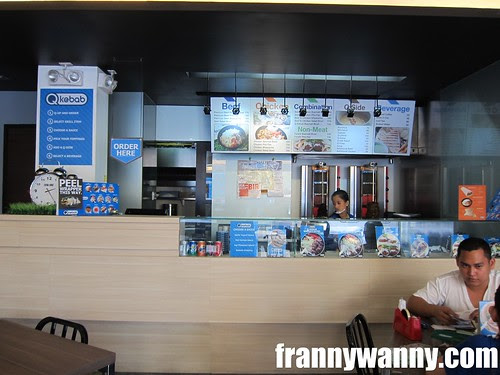 Normally, they say, your judgement goes a bit off when you're hungry. As anything you eat will turn out over the top delicious for you. However, it was the other way around for us. We were not quite satisfied with the three items that we've tried at Q Kebab. I guess, it would be better if they can do something about adding more life and flavour to their dishes.