July 24, 2013
Last year, Paul and I celebrated our 2nd wedding anniversary in two of Asia's busiest cities -- Hong Kong and Macau. We have been regular visitors of Hong Kong, frequenting this place even when we were kids. As for Macau, it was both our first time there and we're both so excited to explore this small island that's easily accessible via a ferry ride from Hong Kong. Since Air Asia Philippines began offering really cheap flights to Macau via Clark and we luckily got free ticket vouchers from attending their launch, we thought of giving it a try! 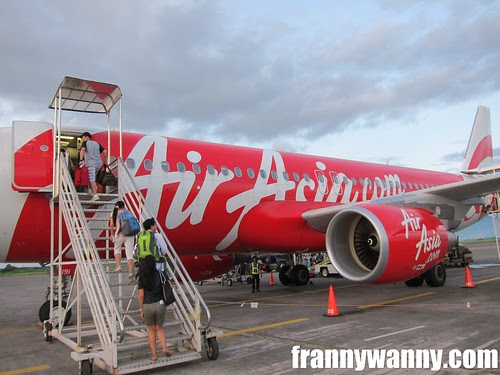 To be honest, family members all gave us quizzical looks when we told them that we're flying out at the Diosdado Macapagal Airport. With NAIA just a quick 20-30 mins drive from home, they're probably all thinking that we're being silly for wanting to take that extra hour and a half drive to Clark. Well, the best things in life are indeed free and while we initially were thinking of just booking a flight with an airline that flies out from Manila, we both agreed that it's also a good time to check Air Asia Philippines out. 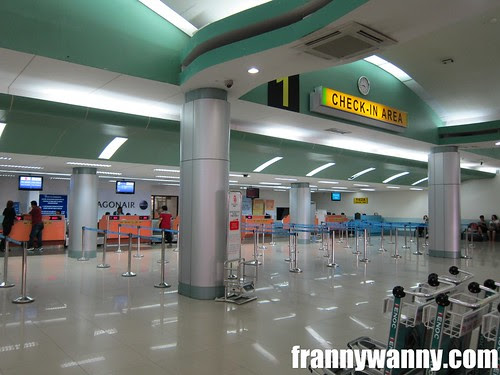 So there we were at the Diosdado Macapagal Airport, 3 hours before our flight. Since Air Asia is really a budget airline, do expect that your luggage weight is not included in the base fare yet so you'll have to add-on depending on your needs. Furthermore, meals are not provided too so either you bring your own snack or purchase hot meals online. I highly recommend that you do all add-on purchases online and before your actual travel date or else the luggage cost, when paid in the airport, can be really expensive. 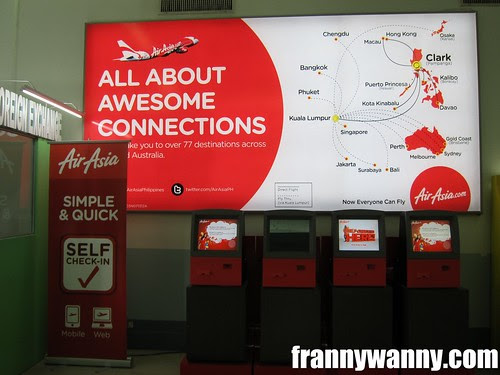 One thing cool about Air Asia are these Self Check-In Counters. This appeals greatly to travelers like me who just hates waiting in line. With my ticket and passport on hand, I headed to one of these terminals to do our check-in. Within minutes, the machine printed out our boarding passes and all we have to do is to line-up at the baggage drop counter, which sadly also took some time as they only opened one lane for ALL passengers to queue up. *sigh*

The terminal fee at the Diosdado Macapagal Airport is also cheaper compared to NAIA. However, there's really not much to do there and it really feels like a domestic airport. Wish the government could fix this soon. Even Boracay's Caticlan Airport looks way way way better than this. 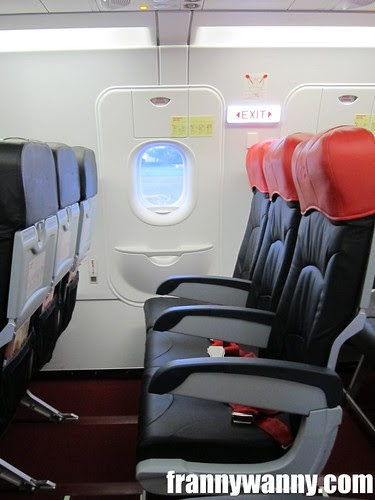 During our flight to Macau, we were lucky that the plane wasn't full and Paul and I got the entire row to ourselves. Not that we can exactly cross over to the other lane but it doesn't feel cramped at all. We were also seated at the exit row which means extra leg room for us. Hooray! The flight was smooth and short and within 2 hours, we finally landed in Macau.

Let me tell you more about our Macau trip in my succeeding entries. For now, I'll fast forward to our flight back home.

Contrary to the easy and breezy flight that we have experienced earlier, our flight home was a different story. We left Macau in the afternoon and since we had a busy day, I fell asleep even before the plane took off. I just woke up when I felt major turbulence and the fasten seat belt sign was beeping continuously for about 15 minutes. Then, the unthinkable happened...

Our plane dove down due to the strong winds and we're guessing it also went inside an air pocket. People began shouting just like how it was in a roller coaster and even the flight attendants had fear written all over their faces. I just held on to Paul and began praying. This went on for about 30 minutes -- up and down, up and down. I can even hear our hand carry bags getting jumbled up inside the overhead cabins. Finally, the plane got out of the air pocket and while the way home wasn't still as smooth as we're hoping it to be, there were no more frightening episode that happened after. Still, the shook me up and I don't think I'll be flying Air Asia anytime soon.

So, will I book with Air Asia Philippines again? Maybe not. Why? Honestly, I feel that Air Asia is perfect for those living up north where traveling to NAIA will take hours and it would make better sense to just fly out via Clark.

It's also good for those who travels light as you don't have to worry about purchasing additional luggage weight thus fully enjoying the cheap rates. Lastly, it's great for seasoned budget traveler who do not mind not getting the frills which includes waiting at a nice airport, getting better "well-taken-cared-of" service and what's important is being able to head to your next destination the cheapest way possible.

Note: Apparently, Air Asia Philippines has ceased operations to Macau. Thus to get there, you can fly to Hong Kong and take the ferry boat to Macau. More on that in my next entries.
air asia air asia philippines airline clark diosdado macapagal airport macau pampanga travel