July 25, 2013
As soon as our plane safely landed at the Macau International Airport, Paul and I took a cab to head directly to the jetty port as we will be spending the first leg of our trip in Hong Kong. I initially wanted to take the CotaiJet as I read that it sails smoothly than its competitor Turbojet. Sadly, we got to Macau quite late and only Turbojet was issuing tickets then. Popping a tablet of Bonamin (anti-nausea), I prayed that the waves would be kind to me. Contrary to write-ups, I did enjoyed the ride. It was a quick one and I didn't feel dizzy at all It must have helped that we were seated at the middle of the boat so I couldn't feel the movement of the waves that much. We got a one way ticket in hopes that we will be able to try CotaiJet on our way back to Macau. Click here to see the schedules and boat fares for Turbojet.

So let me talk about our Macau trip first as this was actually the highlight given that it was both our first time in this city. Macau, as we all know, is Asia's gaming and entertainment city. If you've watched the movie Ocean's Eleven, where most of the scenes were done in Las Vegas, being in Macau will surely give you the same Vegas party feel. It's here where you can try your luck at the Casino or watch the numerous shows being staged in most of the 5-star hotels both in the Cotai Strip or go touristy around the Macau Peninsula. Yes, there are two parts of Macau. As the cab driver would say, there's the Cotai Strip where you get to gamble, party hard and watch all the entertainments and the Macau Peninsula where the vibe is more laid back, a bit historical if you ask me and there are a number of churches and ruins around. Very contrasting for a tiny city. 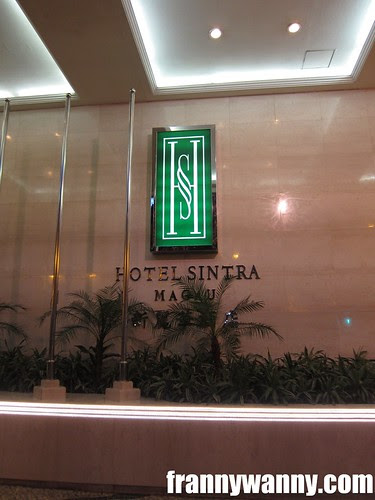 By now you must know that Paul and I are definitely not party animals. We're your laid-back-kind of couple who prefers taking long walks to check out the sights, eating and drinking (milk tea and juices) in between and taking a million and one photos. Thus, we chose to stay at the Macau Peninsula and just scheduled a full day trip to the other side of Macau. For this trip, we stayed at Hotel Sintra which I found via Agoda.com. I trust this site whenever I book our travel accommodations, I'd comb through the reviews, even checking out blog posts if there's any before I finally make my decision.

Hotel Sintra is located at the heart of the Macau Peninsula. It's a few blocks (about 4-5 blocks) away from the Senado Square, around the corner from the famous Margaret's Egg Tart and it has a complimentary shuttle service that picks you up from the airport or the jetty port. If you miss the shuttle bus, just take one from the City of Dreams as it parks right in front of the hotel to pick up guests too. 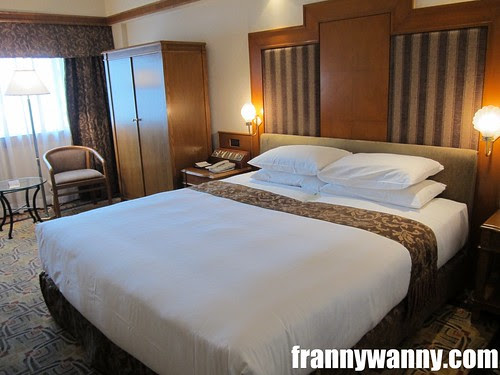 We got the Standard King room (approx. Php. 6,000/night) which we were both so happy about. You see, coming from the tiny and rather cramped room that we had in Hong Kong, anything bigger than a 20 sqm hotel room is a welcome sight. I literally could do cartwheels with the size of our room. The furnishings were quite old and it's not as well-lit as I would like it to be but really, no complains here. The bed was comfy and the toilet was clean, that's all that matters most to me. 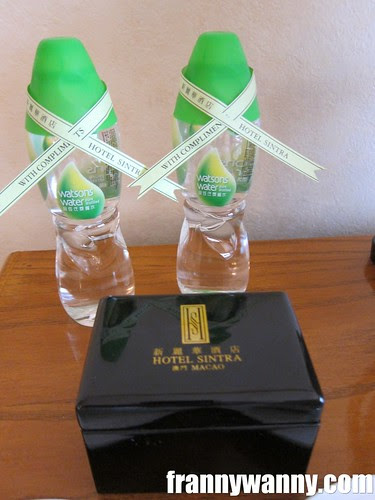 They also provided us with complimentary bottles of water which we happily took with us as we explored the city on our first day. Normally, booking hotels via Agoda doesn't include breakfast which was fine as you can just check out the cafes and fast food restaurants around the hotel. For us though, we woke up at 11AM so we opted to just head out for a delicious Macanese lunch. 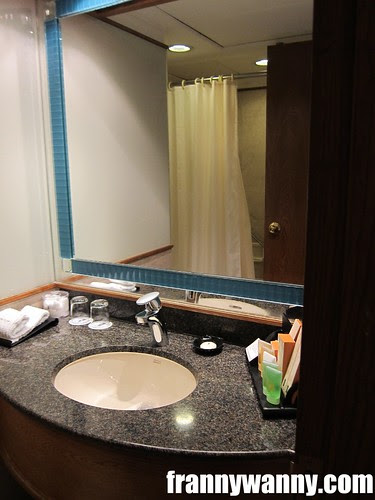 Service was also very efficient and despite being a 3-star hotel, I do appreciate the cleanliness that is very much evident in every corner of the hotel. From the lobby to the room, I was quite pleased with our choice. My only wish is that they have a bigger lobby where you can hang out in while waiting for the shuttle to take you to the airport. 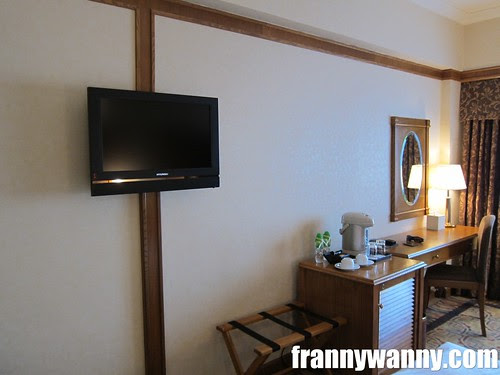 There's even a flat screen TV which I don't recall us opening since we were out most of the time. Our room was equipped with all the basic amenities and even the essential toiletries too. However, the best thing about the hotel is definitely it's location and accessibility to most of Macau's tourist spots. That really saved us from spending so much on transportation as there were a lot of shuttle services running back and forth Cotai Strips and the Macau Peninsula minute per minute. I think the only time we really took a paid bus was to head to our lunch destination on our second (last) day. Still, the fare didn't cost us too much.

Should you find yourselves planning a trip to Macau, do consider checking Hotel Sintra out!