July 03, 2013
If there's one mantra that my parents live by, it would be this:
"The family that eats together, stays together."

Given our busy schedules, we all make it a point to at least have dinner together. At home, dinner time would last for more than 2 hours as we would take this opportuntiy to update everyone how our day went and basically what's going on with our lives. I have to say that having these moments allowed us to stay very close as a family. I guess, this is the reason why I miss my family so much now that I'm miles and miles away. I think of them every single day and most especially during dinner time.

A few months ago, I availed the Casa Marcos coupon from Deal Grocer. For only Php. 799 (from Php. 1,500++), we got a paella of our choice and a caraffe of sangria too! We all love paella so this dinner was definitely highly anticipated by everyone.

When I told my parents that we made dinner reservations at Casa Marcos, Mommy got so excited as she remembered dining at the old Casa Marcos with Kongkong when she was younger. She went on to tell us that she can vividly remember how they have one of the yummiest pan de sals in town too. Oh, I hope the new Casa Marcos won't disappoint. 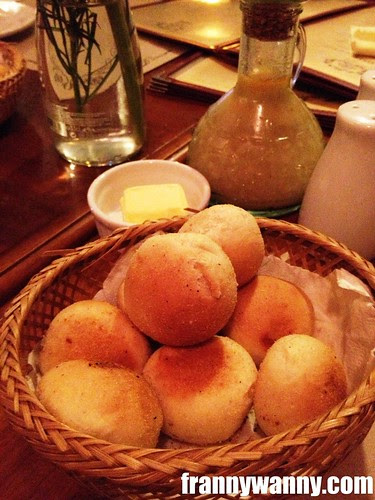 True enough, dinner began with a basket of mini pan de sals, these babies are so tiny that you can easily pop one piece into your mouth. However, I wanted to be a little bit more poised than that so I broke the mini bread in half and added a thin layer of butter before popping the whole thing into my mouth. Yum! We loved it so much we sweetly asked the server for a 2nd basket of bread. 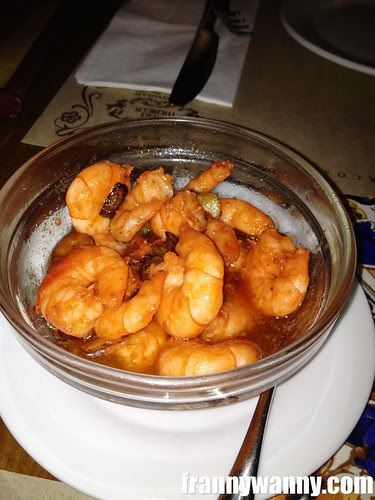 Whenever we would dine in Spanish restaurants, Mommy would always make it a point to order Gambas (Php. 235). I don't blame her. How can one resist these plump and juicy shrimps cooked with lots of garlic and olive oil. We made use of the mini pan de sals to mop up the excess sauce. 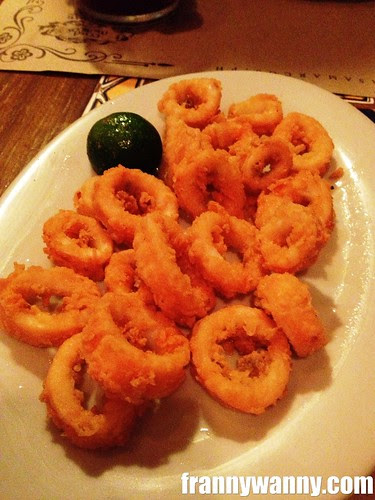 While Mommy enjoyed the Gambas, we "kids" tried the Calamares (Php. 180). I appreciate the big squid rings and how crunchy it is as it's coated and deep-fried to perfection. 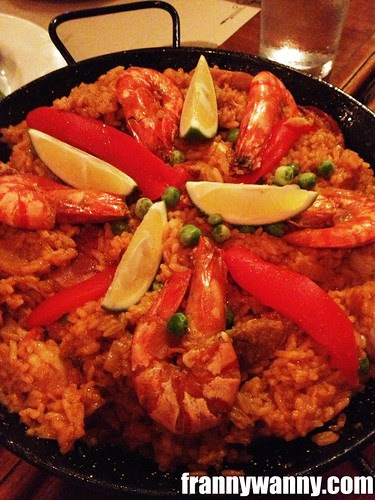 Then came the star of the night, the Paella Valenciana (Php. 495) came with a number of big prawns! I was impressed! The rice was fluffy and flavourful but sadly, there was no soccarrat underneath. A bit disappointed there as this is the one thing that I love about paella. Initially, we thought the low llanera won't be enough for the 6 of us. We were surprised to see that we all had no less than 2 servings and there were still a few more left! I just find it a bit lacking in toppings as after we got the prawns, what was left were some chicken chunks, red bell peppers and rice, rice and rice. 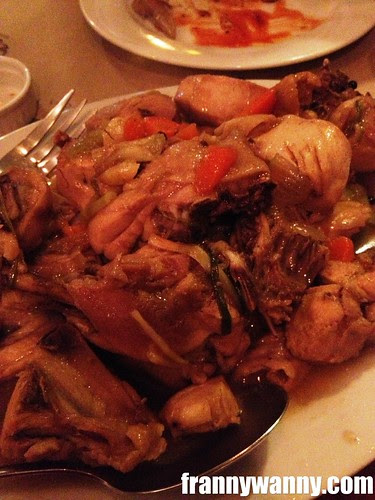 The Spanish Chicken (Php. 550) is perfect for special occassions. It's the kind that would be left cooking for a long time to bring out all the flavours of the meat, vegetables and spices included here. What probably fails in visual, made up in taste. The sauce was indeed very rich and tasty that I would happily drizzle this on top of my paella -- one thing that I don't normally do. The meat was very tender which is a result of the long time cooking. 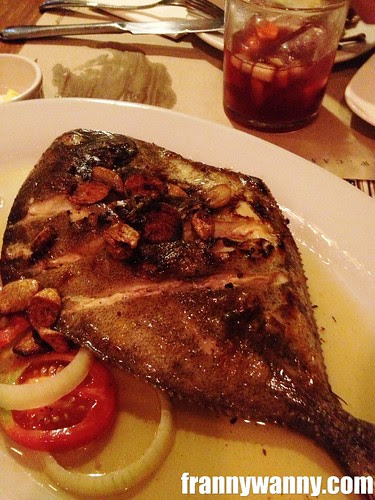 To balance out the meat, Mommy got the Baked Pampano (Php. 395) which was one of my favourite dishes that evening. The fish was tender and I love the garlicky oil it was cooked with. I think I ate the most of this that evening. 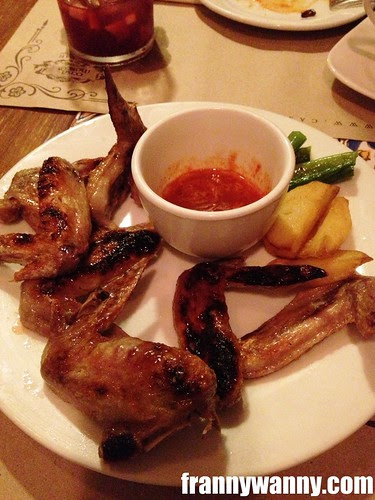 Lastly,  Mommy was scared that our two boys (Paul and Ton) were not full enough so she also got an order of Chicken Wings too. Well, the boys were too busy with the Spanish Chicken and the Paella and it was Pan and I who attacked those yummy wings! :)

I'm glad that Casa Marcos decided to reopen its doors to the Philippine market and I do hope that they'll be here to stay. I would love to go back for the Gambas, Calamares and the to-die-for Paella Valenciana.

Till next time Casa Marcos!

P.s. Incidentally, Deal Grocer brought back the same deal for Casa Marcos! This is your chance to give it a try!