- July 18, 2014
I told you about our first meal in Manila when we visited last June, now let me tell you about the last meal that we had before flying back to the Lion City. Don't worry as I will be telling you all about the meals that I had in between. :) 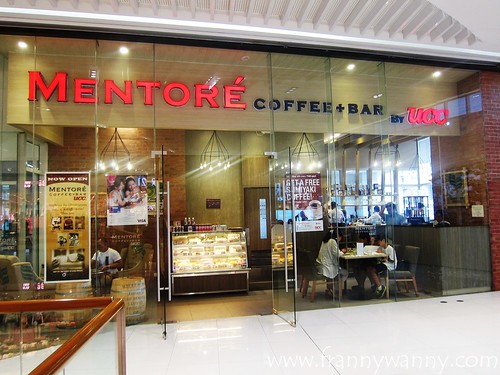 Since our flight was at 8 in the evening, Mommy suggested that we go to SM Aura to have coffee and maybe some snack since we didn't avail of any in-flight meals. As soon as I heard "SM Aura", I took out my trusty Evernote as I checked my list of restaurants to help me make a choice on where to eat. Aha, I saw Mentore Coffee + Bar. Finally. I've been wanting to try this since late last year. 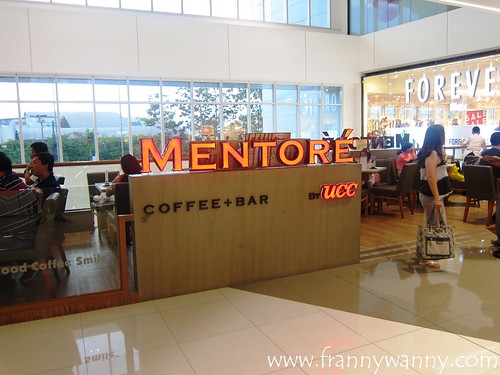 Mentore Coffee + Bar is part of the UCC Coffee Group and this was just perfect as my family is a big big fan of UCC. Sitting was quite limited as there was just an outside al fresco sitting and an "outside-the-restaurant-sitting". We chose the latter which entailed a bit of a waiting time. It's a good thing that we were handed the menu to review so as to speed things up.

What makes Mentore Coffee + Bar different is that they offer not one, not two but five different types of brewing procedures: Syphon, Pour Over, Drip, French Press and Espresso. This is dependent also on how strong you want your coffee to be. Tip: the espresso and French Press are the strongest and more potent ones as it uses less water and it really makes the coffee more concentrated. I personally like Syphon brewed coffee but I recommend for you to be creative and to try them all! 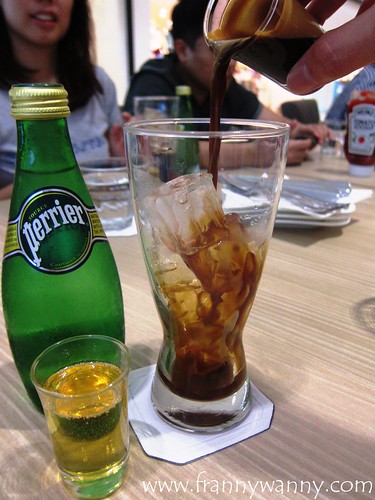 Normally, I would go for the Mentore House Blend as I love UCC's House Blend but before I could order this, a picture at the lower portion of the menu caught my eye. Perri-Espresso (Php. 180) -- A shot of espresso mixed with a bottle of sparkling Perrier and served on ice and with honey syrup. Immediately, I thought of the traditional Vietnamese coffee with a modern twist. I love Perrier so I was drawn towards trying this.

The verdict? I was impressed! I never thought espresso would go so well with sparkling water but hey it tasted so good! I hardly poured much syrup in it and was so happy with the cool sparkling coffee drink on my hand. I'm definitely ordering this everytime I'm in Mentore from now on. 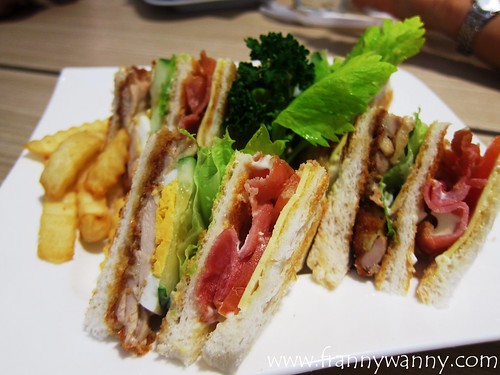 To share, Mommy got a platter of Club Sandwich. Growing up, this has been my family's favorite sandwich and we would always get this any chance we get -- during a swimming trip, when hanging out at a country club, when having an afternoon snack, during breakfast... the list goes on and on. Mentore's Club Sandwich was pretty good as it was packed with ham, bacon, egg, lettuce, tomatoes and more! 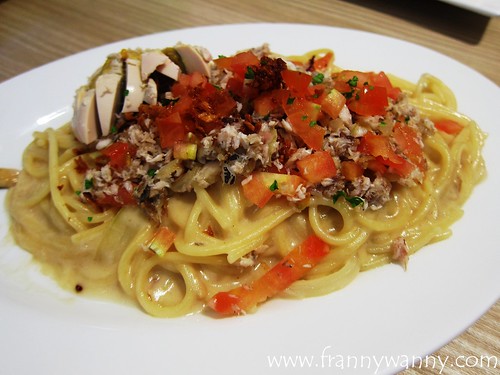 We also tried the Tinapa Flakes Pasta (can't remember the real name). I love UCC's Tinapa Breakfast Plate and this one uses the same tinapa flakes too. It was a creamy based pasta with a generous serving of smoked fish (tinapa) flakes and salted egg. A very Filipino pasta dish that I was so happy to try. Well, for one thing, the next time I'll have smoked fish (tinapa) is only when I get to visit Manila again. The pasta was al dente and the sauce wasn't overly creamy making it still light and easy to enjoy.

There's so much to see in SM Aura and I'm glad that I was finally able to try Mentore Coffee + Bar. Well this won't definitely be the last as I'd love to go back soon for another glass of Perri-Espresso!