The week that went by was quite hectic but it is truly one that I'll never forget. After all, how often will I ever have the opportunity to travel to 2 different countries in the span of a week? That's right! Right before I flew off to Cambodia for that much-awaited trip with the Normanton Kids (NKids), I suddenly had to fly to Hong Kong for an important business meeting and since it was a last minute thing, I only had 24 hours to spend in one of my favorite cities in the world. *sigh* Well, 24 hours is better than nothing, right?

I have to admit though that despite having to go to Hong Kong for work, I was really excited about this impromptu trip. For one thing, I flew via Singapore Airlines which means 4 hours of non-stop in-flight entertainment and a yummy meal! 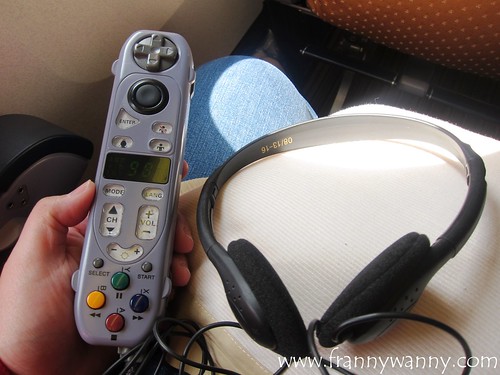 From the moment I got to my seat which was at the 2nd row of the Economy Class section, I was greeted with my favorite travel must-haves -- a comfy blanket, headset and a soft pillow. I flew out of Singapore in the afternoon so I wasn't feeling very sleepy yet. Looking around, I found the remote control to my personal TV screen. This also doubles as a game controller too. 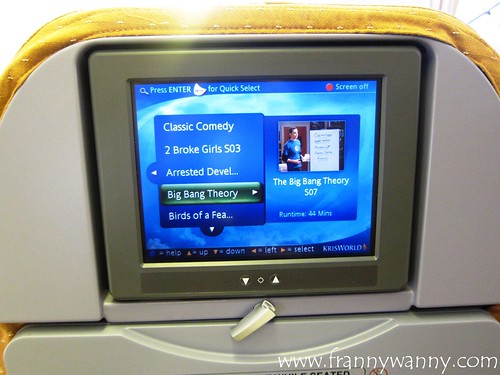 Since I wasn't in the mood for a nap, I made the most of the in-flight entertainment and watched my favorite comedy series instead. There was 2 Broke Girls, How I Met Your Mother and The Big Bang Theory. There were a lot more but I wasn't very familiar with them. Oh, there's Glee too! 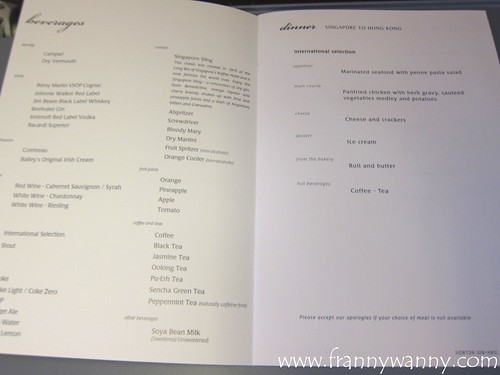 Check out our menu! I just love that they still give the best service even to Economy Class passengers. I tell you, this is not a very common practice and this is probably why Singapore Airlines is considered to be one of the best airline in the world! I enjoyed referring back to this menu from time to time. You can order any beverage that you want from non-alcoholic to alcoholic ones. I particularly love the Orange Cooler which is fresh orange juice with soda. I also tried the White Wine to relax me throughout the trip.

This was my meal during the first leg (Singapore to Hong Kong) of my trip: 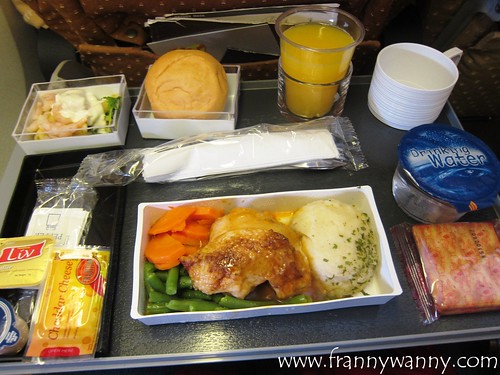 The salad was so delicious! How I wish I could ask for more. It was lightly coated with the creamy salad dressing, the pasta was al dente and the seafood were fresh. As for the mains, I was surprised at how tender the chicken was. I happily ate it with no complains. The only thing I was disappointed on was the cheese. I guess it's my fault to expect that I'd be given a slice of brie or camembert with crackers but what was serve was a tiny block of Cheddar Cheese which I just set aside as I'm not really a fan of hard, salty cheeses. 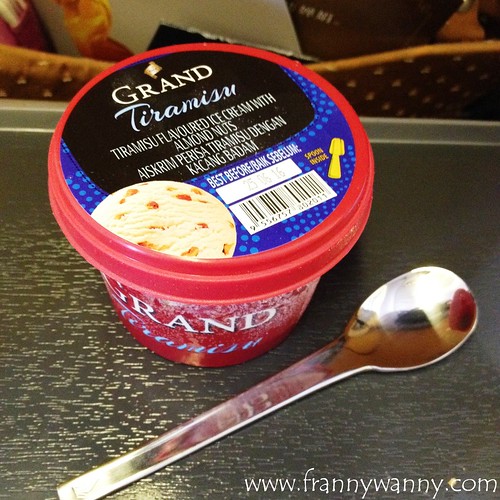 Look at my Ice Cream! It was a yummy serving of Tiramisu Ice Cream with Almond Bits. It was quite good but really, nothing can beat my friend G's Tiramisu. I think I have to blog about that pretty soon.

We arrived at Hong Kong a litte bit before schedule giving me and my colleague S enough time to look for our dinner place and to check into the hotel too.

24 hours after we landed in Hong Kong, we sadly had to bid it goodbye for now as we headed back to Singapore. This time, I know I had to sleep as I had a 6AM flight to Cambodia to catch the following day. CRAZY! 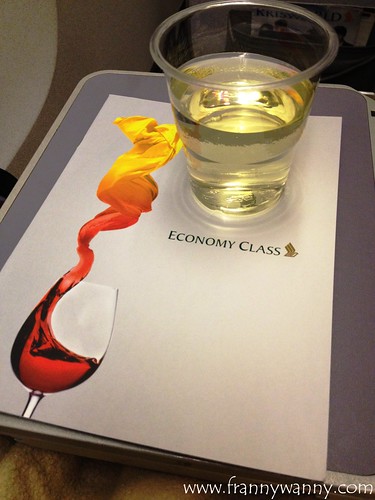 The first drink that I requested was a glass of White Wine. It was good with a pleasant sweet note. I enjoyed my first glass that I asked for another one together with my meal. 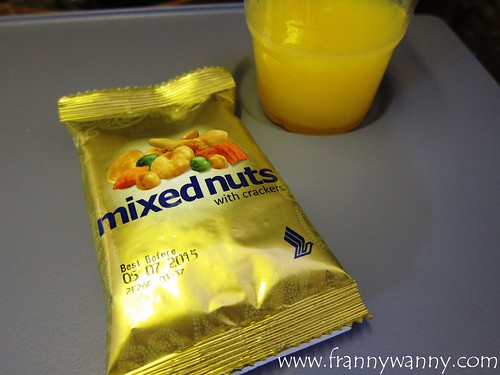 Before that though, we were given hot towels to wipe our hands, arms and if you're brave, your face too. We also got a pack of nuts and drinks to munch on as well.

Here's my meal during the flight back: 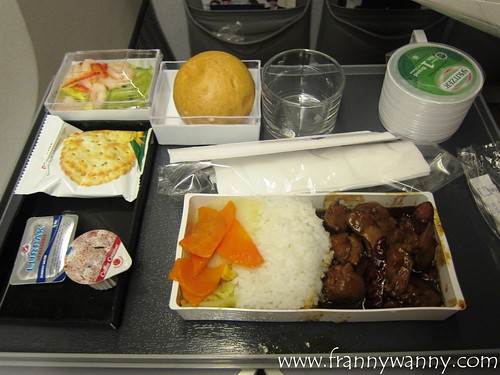 Our meal going back was also very good. The salad was once again very refreshing and I really liked it. As for the main course, it was very flavorful albeit a bit spicy. I wasn't planning to finish my rice but it was the only way to tame the fire burning on my tongue. The Ice Cream this time was Haagen Dazs Chocolate which I found to be too sweet and rich. After enjoying my meal, I then took a nice long nap which lasted right before the pilot announced that we will be landing shortly in Singapore.

There you go, I was very happy with the service rendered by the flight attendants. Very responsive and they would really make sure that you're happy and comfortable throughout the trip. Till my next trip with Singapore Airlines (SQ)!