October 24, 2011
A month ago, I received 4 Gift CerTEAficates to try Cha Dao Tea Place, a new milk tea shop near my office. This entitles me and three companions to an XL Drink with Free Sinkers each! 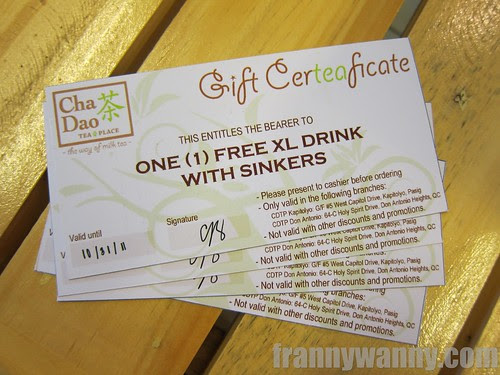 Since Paul and I basically had nothing planned yesterday afternoon and my sister and her boyfriend E happened to be at home too, we decided to go out for an impromptu double date over milk tea. So, off we went to Cha Dao Tea Place in Brgy. Kapitolyo in Pasig. 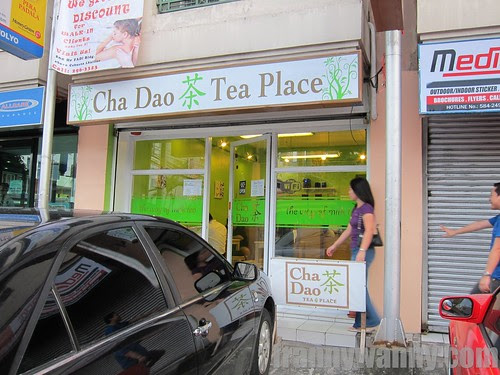 The store is quite small where probably only 10 customers can fit at a time. I like the nice touch of having bowls of dried tea leaves on the table. Wish that it was more aromatic for the scent to fill up the room.

The servers were extremely friendly, asking us if it was our first time in Cha Dao and after learning that it indeed was, she proceeded to pointing out their best-sellers in the menu. She was very helpful in suggesting and guiding us through our orders. 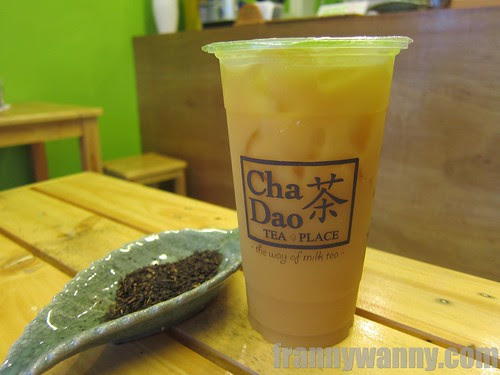 Paul, a non-milk tea drinker were interested to try the Yakult line and he was told that the Peach Mango is one of their top picks. He took their advice and ordered an XL cup of Peach Mango Yakult Blend with Light Sugar (Php. 75) as we were told that the drink itself is sweet already.

I wanted to try their milk tea and so I went for the Wintermelon Milk Tea with Coffee Jelly (Php. 75). Meanwhile, my sister tried the Assam Milk Tea (Php. 75) and E got the Cha Yen (Php. 75).


Paul was the first to have his drink and he commented that he can barely taste the Yakult. I took a sip and agreed with him, it tasted like a fruity iced tea, a bit too sweet for me and yes, no trace of the Yakult. I guess it's because the fruity flavor was very strong that it overpowered the mild milky taste of the Yakult. If I were to order this, I'd probably will get it without any sugar at all. 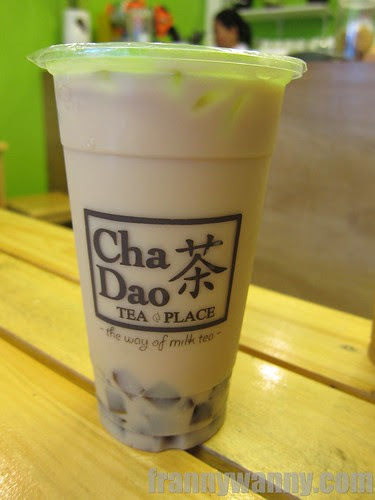 My drink had light sugar too and it was just right for me. A bit bland but I liked it since I can enjoy the milk, tea and coffee jelly more without cringing from too much sweetness. It was actually my first time to try Wintermelon Milk Tea so I can't really compare this vs. the ones served by Cha Dao's competitors. 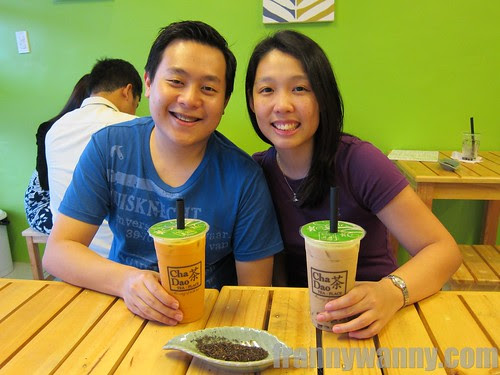 Pan got the Assam Milk Tea and was pretty pleased with her drink. In fact, she was able to finish the entire drink! She also allowed me to take a sip and I agree that it was actually better than my Wintermelon. It had a strong tea taste yet I love the smoothness brought about by the milk. I'll be ordering this on my next visit.

Lastly, E got the Cha Yen which the server told me was also a best-seller and was pretty similar to the Thai Iced Tea. That immediately painted a yummy picture on my mind as I love Traditional Thai Iced Tea. At first sip, E was immediately able to notice the cinnamon flavor. Sadly though, I don't think this one was as good as the Thai Iced Tea as E didn't seem to be extremely happy with his choice. 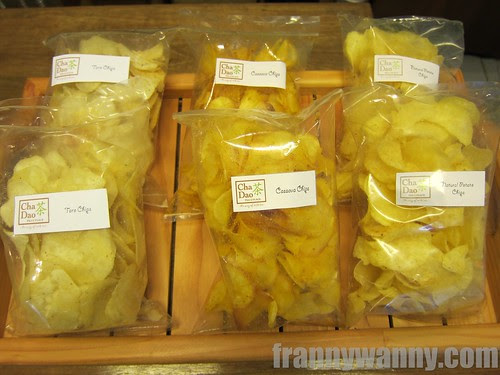 While having our drinks, the server informed us that we are also entitled to choose a bag of chips from the basket. They have three types of chips available: Taro, Cassava and Natural Potato Chips. Of course, I chose Taro and I'm glad I did as it was pretty good! Lightly salted and perfectly crisp, these chips may not really be the best partner for our drinks but it was actually the highlight of our visit. They are sold for P40 a bag which is pretty steep considering that it's a small bag but I wouldn't mind buying some once in a while.

Cha Dao Tea Place makes for a great neighborhood milk tea place where residents can hang out while enjoying their drink and a bag of chips. They actually have free Wi-Fi so you can actually surf the net while you're there too. I just hope that they will stock up more next time as a lot of our initial choices such as the Choco Strawberry Yakult and Popping Bobba were not available.