November 11, 2011
Today is a special day, it's November 11, 2011 and when written in numbers it's 11.11.11. This is also the day when California brand Jamba Juice will finally open its doors to the public. Admittedly, we're all crazy about double/triple numbers. In fact, for a time, Paul and I even considered getting married on the 10th of October, 2010 (10.10.10). It was only when we realized that all of our choice suppliers were booked already despite preparing more than a year in advance. Thus, we then decided to go with our second choice, the 11th of July otherwise known as 7-11. ;) 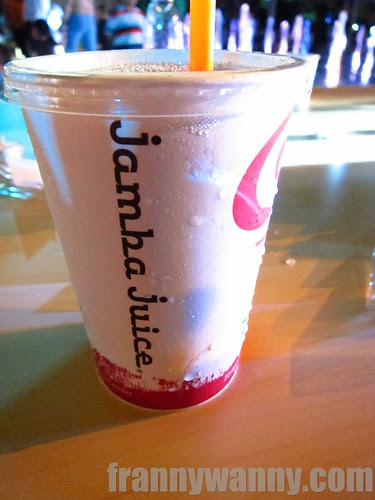 I feel privileged to be invited to the special VIP party held at the newly constructed Bonifacio High Street Central which is an extension of the current Bonifacio High Street where Aldo, Tempur, Brother's Burger, Nike, ROX and a lot more are located. I arrived with fellow blogger Richard and we were surprised to see a really big crowd quite uncommon in most of the blogger events that we've been to. It truly was a party with media partners, the Jamba Juice local and international family and business contacts all present to witness the opening of the first Jamba Juice store not only in the Philippines but in Southeast Asia. 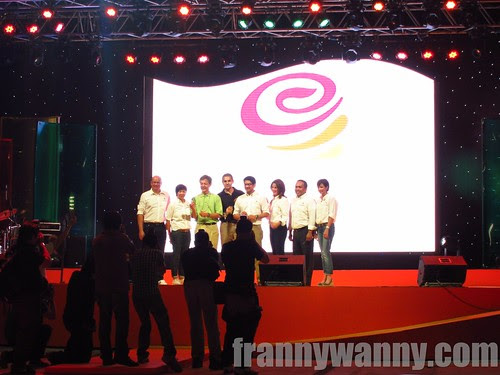 The atmosphere was lively, the air filled with loud and happy music and everywhere you look people were just so excited for the grand unveiling. The program began with a special AVP made about Jamba Juice and a brief introduction of the board members behind this dynamic, delicious brand. Watching the officers up on stage and the managing director talking about Jamba Juice's commitment not only to produce the best drinks for its customers but they also pledge to support the Guimaras mango production, I somehow remembered how it used to be when we open stores for the Green Siren. You can totally feel the excitement in the air and the passion coming from the top executives down to the very talented baristas. I'll never forget those moments in my career that has made me feel so proud of where I was and what I was doing. 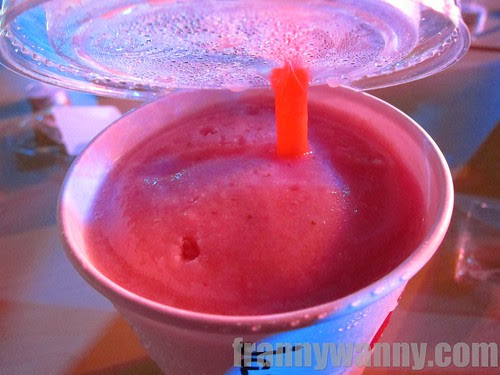 Finally the doors have opened and out came the happy, lively Jamba Juice staff carrying trays of freshly blended drinks for everyone to enjoy. I got to try the Strawberry Wild which was a delicious mix of strawberries, bananas, apple-strawberry juice and frozen yogurt. It was thick and creamy, no trace of icicles and I can actually bite into the tiny strawberry seeds. Yum!! 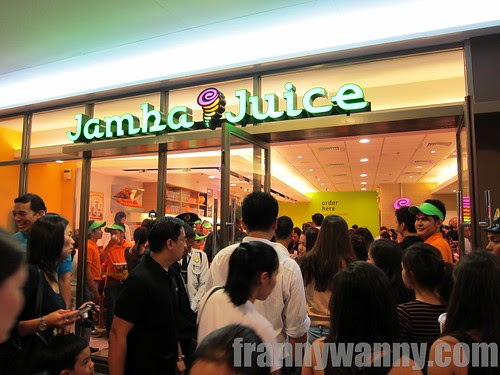 We later moved inward to check the store out and look at the crowd in front of us! I expect to see a bigger crowd in Jamba Juice as it opens tomorrow. 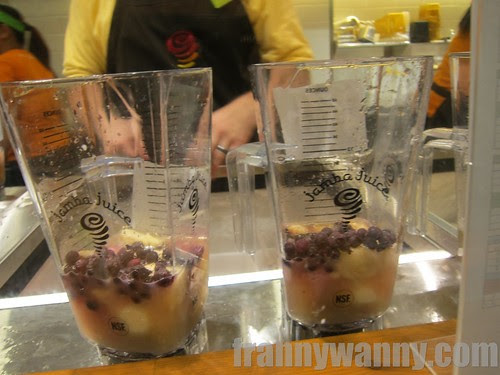 We were told that their drinks are made of fresh fruits, sorbet or yogurt and very minimal ice. You may also customize your drink where you can replace a fruit with another scoop of sorbet or yogurt to give a more creamy texture. 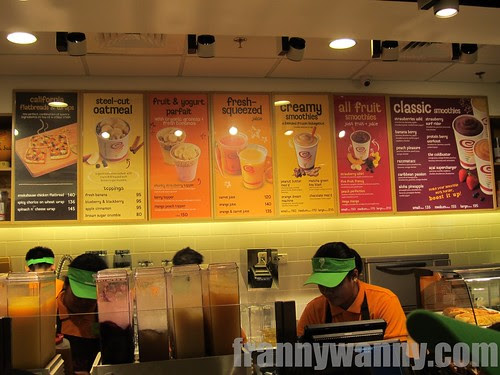 I love watching the assembly line! If only I can join the Jamba Juice staff behind the counter to try mix some drinks up! I truly am a barista at heart, I tell you. :) 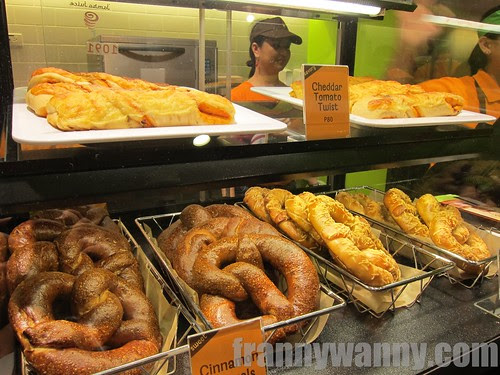 For those who wants to grab a snack with your drink, they have a couple of food items available such as the Hot Breakfast Wraps and the California Flat Bread that looks like a mini pizza. I am intrigued by the Steel-Cut Oatmeal which I plan to try when it's finally available someday.

I first saw Jamba Juice during my trip to California but since it was around 9 degrees cold then, drinking a cup of cold fruit drink didn't really sound like a good idea but with summer coming in a few months, I now know what to grab whenever I find myself in the Bonifacio Global City area.

Jamba Juice currently has more than 744 stores worldwide, majority of which are in the USA with branches in Canada and in Korea too. Expect to see 40 more company-owned stores opening around the country in the next few years. This is being operated by the Max's Group of Companies similar to our favorite doughnut brand -- Krispy Kreme.

Welcome to the Philippines, Jamba Juice!