February 18, 2012
When I first saw Saint's Alp Teahouse along Katipunan Avenue in Quezon City, my initial impression was that it was a local milk tea store concept. It was only when The Food Club decided to check it out for our after-dinner snacks and drinks that I realized that it was, in fact, a foreign franchise from Hong Kong with branches also in New York. That evening, I was nursing a nasty sore throat so I had to skip the milk tea and settle for just the snacks available. As they were having their dry run, not all menu items were available then. Paul and I decided that we'll just go back some other time to try it once again. 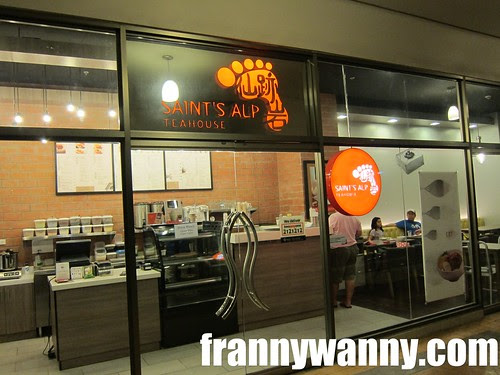 Fast forward a couple of months after, Paul and I joined our favorite dinner buddies Richard, Irene and Lauren at Saint's Alp's newest branch at the Bonifacio Global City. Richard and I were each given a Php. 1,000 credit which we decided to use that evening.

We began choosing from the Rice Entrees and it was a toss between the Honey-Glazed Coffee Spareribs or the Taiwanese Breaded Chicken Chop with Marinated Minced Pork (Php.195 +60). We decided to go with the latter as we miss Taiwan food so much.

In addition to this, I also ordered the Daing na Bangus with Garlic Rice and Egg (Php. 185) from their Breakfast category.

Service was quick as we were the only ones there. I really think its important for Saint's Alp to be more aggressive in spreading the word about their stores most especially with the proliferation of milk tea shops in almost every corner. Competition is very very tight. It's sad to enter an empty restaurant given that their food and drinks are pretty okay. 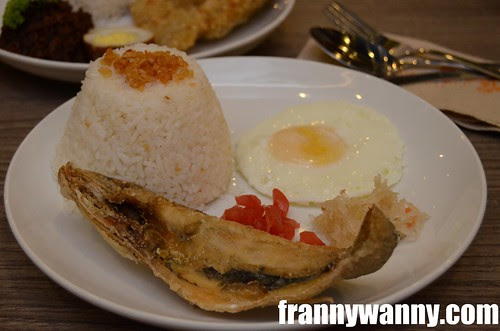 We got our rice meals right away and I initially wanted the Daing na Bangus but seeing that the fish wasn't boneless, I asked Paul if he'd like to have my fish instead while I get the Minced Meat. This is all because I have zero talent in de-boning fish.. milk fish most especially.

I kept the garlic rice and egg though while Paul had the fish together with his Taiwanese Chicken Chop meal. 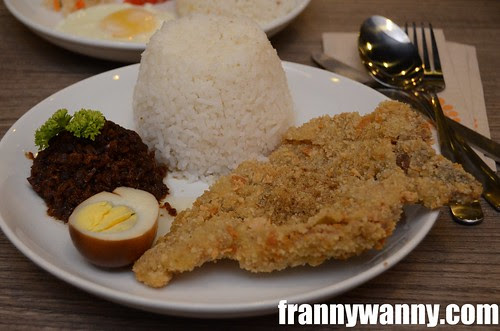 As for the Marinated Minced Pork which I was hoping would bring back fun memories of our food trip in Taiwan; sad to say, I find it a bit too salty and lacks the flavor unique to this famous dish.

The Daing na Bangus, according to Paul was pretty okay but he'd like his fish deep-fried making it crunchy and the bones edible. The Taiwanese Chicken Chop was tender however lacking the 5-spice powder flavor. 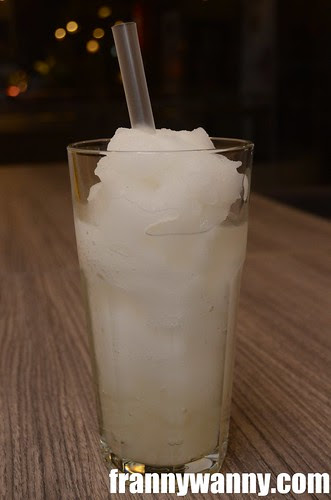 After finishing our meals, we went back to the cashier to order our drinks. Paul chose the Lychee Nectar with Nata de Coco (Php. 105 / 120) which he enjoyed very much. It wasn't very sweet and it had zero tea content which is perfect for him as he doesn't like drinking tea very much. He enjoyed the light lychee flavor which complemented the chewy Nata de Coco. 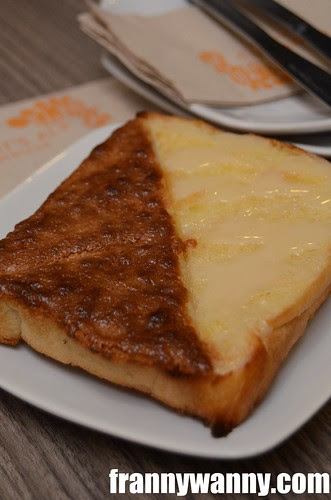 I, was still feeling a bit hungry so I chose the Half & Half Toast with Tea Set (Php. 90). I love how we can choose two flavors to have on our toast. If there's one thing that I love about Saint's Alp then it would be their delicious french toast. A must-try are their Condensed Milk Toast and Peanut Butter Toast which Paul and I got for our Half & Half. I ordered a Peach Classic Tea as part of the set.

The toast was perfect, just the way we like it. One half covered with sweet creamy condensed milk while the other with peanut butter. I got the Condensed Milk Toast while Paul when for the Peanut Butter. Sharing (the calories) really is a lot of fun! :P 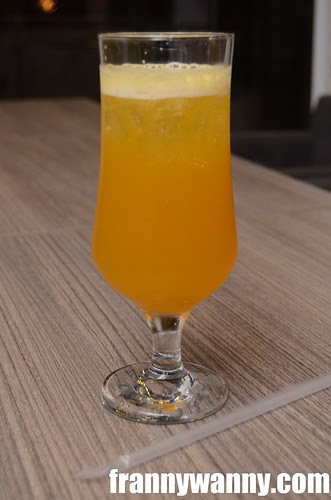 The Peach Iced Tea wasn't so bad but a tad too sweet for my taste. I had to let the ice melt to tame down the sweetness. I'll make a mental note to ask the server to go easy on the syrup next time.

Over-all our meal was okay especially because of the Toast. I just wish they'd make the Taiwanese dishes more authentic though. Saint's Alp makes a great hang out for their Snacks and Drinks. A perfect place to hang out in the afternoon or after a meal.