Bitten once again by the Pepper Lunch bug!

- September 02, 2008
This is a classic story of a guy who, after finally giving in to his girlfriend's stubborn cravings and insistent requests demands, agreed to drive beyond their usual dating area just to come face to face with a line that had to make them wait for 10 minutes before getting a table and eventually falling in love with the food that made him truly understand the reason why every single food enthusiasts is totally crazy about..... 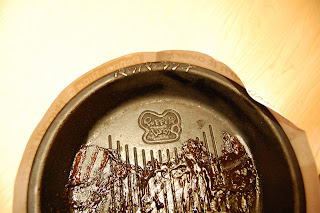 PEPPER LUNCH!!!
It was just an ordinary weeknight and I was lucky enough to convince Paul to have dinner at Rockwell. I guess it's true that when you're with someone long enough, you'll have that strong connection going on that sooner or later you can read each other's minds. True enough, Paul knew that we'll be having dinner at Pepper Lunch the moment I suggested that we go to Rockwell. Either that or I'm just too obvious :P

Waiting in line was an ordeal. I do not understand how people can stand just waiting there while smelling the mouth-watering aroma of the meat. I swear, I can actually hear my stomach growling loudly. Thankfully, it was our turn to order. Being the one who has been to Pepper Lunch before, Paul left the ordering to me. Not wanting to disappoint the hungry man, I chose the Beef Pepper Rice and the Chicken Teriyaki Plate for us to share. 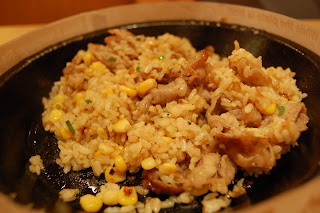 The Beef Pepper Rice is one of my favorite. Considering that I am more of a chicken or fish person rather than a hard core carnivore, I just couldn't get over how tender the beef was. However, what makes Pepper Lunch different is its fragrant pepper rice that is literally bursting with the right flavors. Paul took his first bite and gave a nod, which was his way of saying "perfect!" 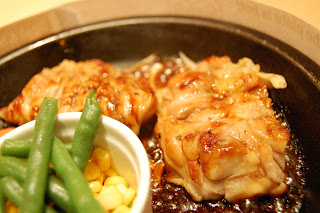 The Chicken Teriyaki was another delightful plate. I truly enjoy cooking the chicken after drizzling it with the teriyaki sauce. The chicken meat was so soft that no muscle effort is needed to slice it. I also enjoyed the buttered veggies that they always serve as an accompaniment to the chicken fillet.

Once again, Pepper Lunch gained a new fan! We enjoyed it so much that we're already planning on what to order on our next visit! ;)

*all photos by Paul Ang