- March 12, 2010
Last week, Paul and I were fortunate to be invited to a small dinner get-together with a couple of blogger friends hosted by Zenses Neo-Shanghai Cuisine over at the A. Venue Mall.

We arrived just about the same time as everyone did and had a great time chatting with the owner, Chef Johann Santos, who explained to us what cooking with Nitrogen meant and how nitrogen is actually safe for our body.

I was the one who actually asked him if there's any harmful effects brought about by taking in liquid nitrogen into our body and Chef Johann explained that the air we breathe is composed greatly of nitrogen. Furthermore, a lot of tests have been done and it has been proven that it is completely safe to use liquid nitrogen in cooking. Hooray!

After a lengthy discussion which brought back memories of my high school chemistry class, Chef Johann demonstrated the use of liquid nitrogen to show how it actually has a freezing effect on food. 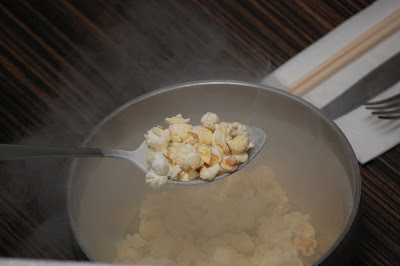 Chef Johann brought out a bowl of ordinary crunchy popcorn and with an empty double coated stainless steel bowl, he poured an ample amount of liquid nitrogen and added in the popcorn, after mixing it with a special ladle, he instructed us, one by one, to reach out our hand for him to pour in some popcorn to which we immediately have to chew and enjoy the cool sensation brought about by ... liquid nitrogen! As I chew the popcorn, I can feel smoke coming out of my nose and mouth! Exactly just like how it normally happens in very very cold places. I was totally amazed! In between demonstrations and non-stop table discussions, we were also able to try Zenses' specialties such as the Gazpacho which should be ordered in advance and similar to the popcorn is not listed on the menu. Unlike the regular Spanish Gazpacho which is served cold, thick and in a regular soup form, Zenses added in some liquid nitrogen to their Gazpacho and it is served in a frozen egg-like form wherein you have to crack it open and watch the soup slowly ooze out. 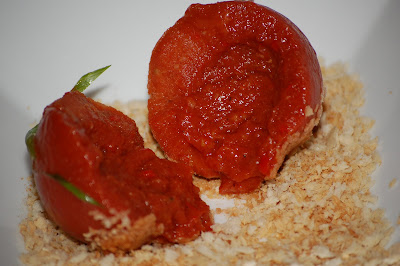 As I patiently cracked my frozen Gazpacho open, I watched in awe as the thick liquid soup slowly flows out of its shell and following Chef Johann's instructions, I mixed this with the crunchy breadcrumbs before taking a big slurp. Yum! It has a sweet-sour-spicy mix which I think would really go well with a basket of crispy tortilla chips! 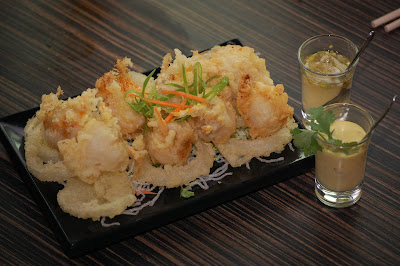 Up next was our real appetizer although my taste buds were already having a great time trying the frozen popcorn and the tangy frozen gazpacho. Chef Johann presented us with the Tempura Lychee with Curried Crab Meat (Php. 245). As bloggers, it is customary to take photos (and lots of it) before digging into the food. Chef Johann kept on saying that we really have to eat before the tempura gets cold but we all just had to make sure we got the right shots before anything else. Finally, after everyone was satisfied with their masterpieces, we each got a piece of tempura lychee and it was a good thing I decided to cut it open instead of popping the entire thing into my mouth as the curry crab meat was still piping hot despite sitting there for a couple of minutes as we took a million photos. I love the sudden burst of spicy flavor and it was really a plus that I am a huge fan of curry! So as not to break the momentum, more and more dishes were served. Out came the hot and spicy Dragon's Breath Chicken (Php. 315). It was covered in green chili and there were a lot of chili seeds sprinkled all over the dish. Taking more caution this time, I took a small piece and got my drink ready in case there's a need to extinguish the spicy flames. 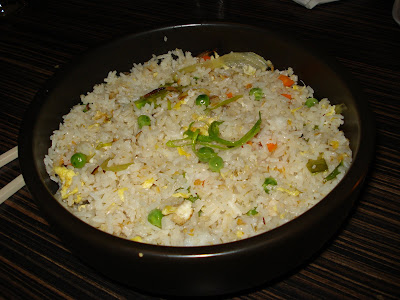 Together with the chicken came our bowl of Salted Fish and Chicken Fried Rice (Php. 265). I told Chef Johann that most Chinese restaurants are already applying this combination wherein back when I was younger, it was simply just Salted Fish Fried Rice. Nonetheless, I am a fried rice girl and this one earned my two thumbs up. 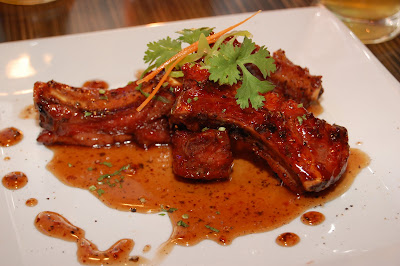 Next came, as we were told, the star of the show, the Strawberry Ribs (Php. 330). We all oohed and ahhed as this was served to us. It was actually my first time to encounter savory pork ribs glazed with sweet Strawberry sauce and we were all so excited to dig in to try this best-seller for ourselves. The ribs were tender and it were somehow falling-off-the-bones as expected. Being strawberry fans, Paul and I wished that they added in more strawberry sauce as it took a while for us to really taste the sweet strawberry from the meat. The serving is good for two and probably a good choice for Valentine's Day (haha!).

If the Strawberry Ribs was said to be the star of the show, then I guess the Nitrogen Ice Cream really stole the limelight away from the ribs that evening. After such line of exciting dishes that really brought our taste buds to life, Chef Johann had his 2nd and 3rd demonstration once again using liquid nitrogen! The 2nd demonstration had 8 shots of espresso inside a vacuum-sealed dispenser, exactly the same type coffee shops use for their whipped cream. After pouring in a small amount of liquid nitrogen, Chef Johann added in the coffee mixture and within seconds out came a meringue-type coffee that has that very strong espresso flavor that's perfect as an after-dinner treat.

As they say, never say never. For me, I'll never say never to opportunities that will allow me to try different things. Things that I thought I would never get myself to try. This was the case with Zenses' Bacon and Eggs Ice Cream (Php. 480/4 servings).

So I grew up loving ice creams flavors such as strawberry, chocolate, ube, pistachio and vanilla. As I went into adulthood, I learned to appreciate textured ice cream such as Macadamia Royale, Caramelo con Pastillas and a lot more.

Upon hearing that we will be served with Bacon and Eggs ice cream, I hesitated for about 3 seconds and decided to just give it a try. One bite and my heart totally fell in love with this delicious ice cream flavor. Imagine tasting sweet maple bacon with a little after taste of egg custard. Each scoops has a sprinkle of rice krispies which added just the right texture for the soft, milky ice cream.

The fun part was watching how the ice cream was being created. 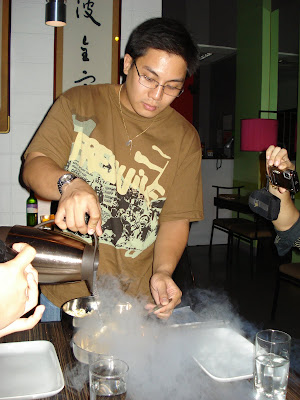 Here's Chef Johann preparing our ice cream as he poured in the batter then the liquid nitrogen. 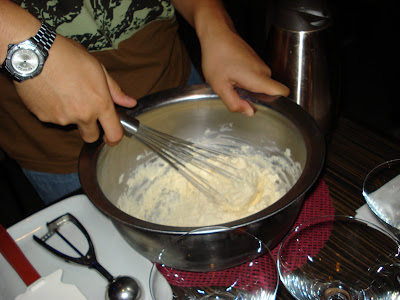 With a little force, he here is mixing the ice cream by hand to create the perfect consistency. 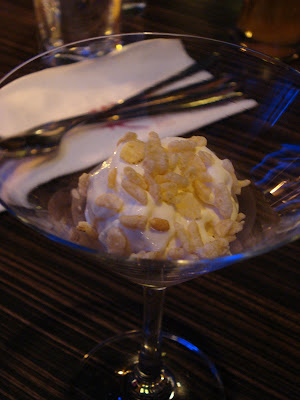 This is a truly great experience and I definitely go back to Zenses to have more of the Bacon and Egg ice cream! 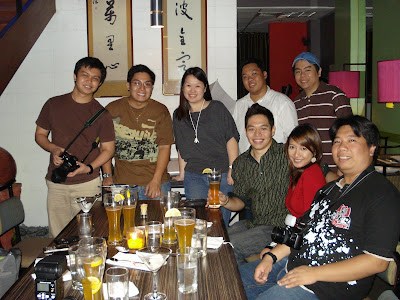 Thank you to Vince, Hannah and to Chef Johann for such a relaxing and fun evening!