- October 02, 2014
September 24 was our company's Foundation Day and to celebrate it, we dedicated 8 hours of service at the Soup Kitchen of Willing Hearts. Our "work day" began as early as 6:15AM, yes THAT early! I think it has been more than a decade since I had to be up at 5AM but believe it or not, I was up and awake even before my alarm rang. That only happens when I'm really excited about something.

I'm no kitchen diva, but I happily de-shelled dozens and dozens of eggs, chopped close to a hundred cabbage heads and packed thousands of styrofoam boxes. All these meals will go to the underprivileged community in Singapore most of which are the elderly. As you know, I really have a soft spot for all the aunties and uncles who sadly have been left to live on their own and are trying their darnest to make ends meet. I'm glad that I had the chance to serve them for a day. 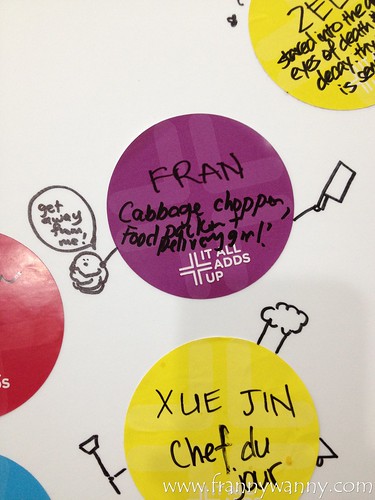 After personally delivering a couple of food packs to several communities, we headed back to the Soup Kitchen this time to clean up. I'm glad that I've mastered the art of dishwashing which made cleaning those huge rice cookers pretty manageable. It was indeed a good experience and rest assured, this won't be the last time I'll be seen at Willing Hearts. 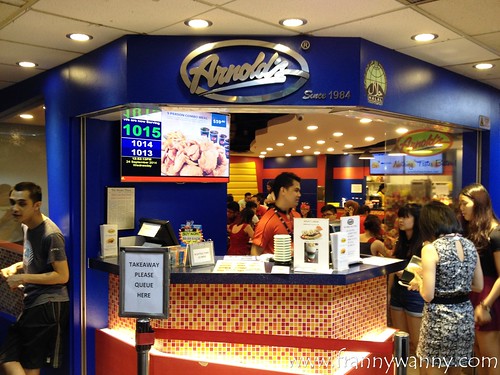 We all felt like we deserved a good lunch after half a day of hard work. It's a good thing D got that covered as she suggested that we try Arnold's in City Plaza. It's known for its mouth-watering fried chicken and that alone is enough to create such a long queue in front of the restaurant. 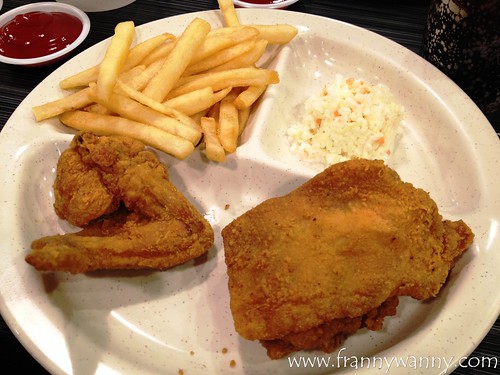 Oh how my mouth watered as I watched for diners enjoying their crunchy-looking chicken while we wait for a table to clear up. Luckily, the wait wasn't very long and we immediately got our cozy table for 6. I tried the 2-Piece Chicken Meal (S$6.90) which came with coleslaw and fries. I sliced a piece of chicken and that glorious cracking sound was just music to my ears. The meat was so tender and juicy that we all kept on saying "mmmm" after every bite.

Moving on to the sides, the fries were deep-fried crispy too which I think uses the same oil as the chicken. Meanwhile, the coleslaw was okay but I felt was lacking in flavor. Well, you win some, you lose some. In this case, I was still a happy muncher! In fact, it was love at first bite that I just had to buy a whole Spring Chicken (S$11.90) for Paul. As soon as I got home, Paul excitedly reached for the bag of chicken from my hand and opened the box. He was in such a good mood as he tried a piece of french fry and later on got another one and another one.

Before dinner, we just reheated the chicken in our oven toaster and the skin remained crackling crunchy just the way it was in store. I also recommend that you get the gravy to go with your chicken too. No wonder Arnold's has been around for 30 years and looks like it will still be around for 30 years more. I just wish they'd add more branches as the one they currently have are all so far from me. :(